Tottenham reached the Carabao Cup semi-finals by beating fellow Premier League clubs Wolves, Burnley and West Ham United in the previous three rounds. Spurs’ recent form has been a mixed bag, winning back to back games across competitions just once in the last four weeks. Their most recent result was positive, though, as they beat Morecambe 3-1 in the FA Cup third round.

On the other hand, Chelsea progressed to the penultimate stage of the EFL Cup by getting past Aston Villa, Southampton and Brentford. The Blues have struggled to string together a run of wins, but they have not been beaten in any game since their defeat to West Ham United last month. And like Tottenham, Chelsea prevailed in the FA Cup third round, beating Chesterfield 5-1 on Saturday.

Chelsea clinched a 2-0 win over Tottenham in the first leg last week, with Kai Havertz breaking the deadlock in the fifth minute before Ben Davies scored an own goal to round off the result. Ahead of the latest meeting between the two sides, The Hard Tackle takes a closer look at the encounter.

🎙 "We have to try to give everything tomorrow, to show great desire, great will to fight."

Antonio Conte will be without the services of four first-team players against Chelsea on Wednesday. The major absentee for Spurs is Son Heung-min, who has been sidelined for nearly a month after picking up a muscle injury. But there is some good news, as Cristian Romero is inching closer to returning after resuming light training following his recovery from a hamstring injury.

Son’s absence could prompt Conte to alter his formation slightly from 3-4-3 to a 3-5-2. The subtle change could have a major effect, as it could help Tottenham crowd the midfield and try to get the upper hand over Chelsea in that area. Pierre-Emile Hojbjerg, Oliver Skipp, and Harry Winks are likely to form the central midfield partnership.

Hojbjerg will aim to sit at the base of the midfield and pull the strings from a deep-lying position, while Winks and Skipp will be the workhorses in the middle of the park. The two wing-backs will provide the width, with their deliveries being crucial for Tottenham. Finally, Harry Kane and Lucas Moura will form a fluid tandem up front. 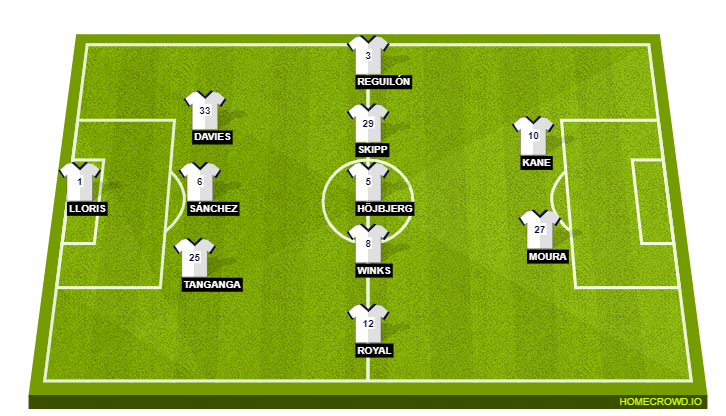 Unlike his counterpart in the Tottenham dugout, Thomas Tuchel does not have any new absentees hampering his preparations. On Wednesday at the Tottenham Hotspur Stadium, the Chelsea boss will be without six first-team players.

The major absentees for Chelsea are Ben Chilwell (knee), Reece James (hamstring) and N’Golo Kante (COVID-19), with Thiago Silva also recovering from the coronavirus. However, Cesar Azpilicueta is fit and available after shrugging off cramp.

Time to hear from Thomas Tuchel ahead of #TotChe tomorrow night! 🎬 https://t.co/nPdI7zmQBH

Azpilicueta will likely form the central defensive unit with Antonio Rudiger and Malang Sarr, with Silva expected to be preserved until Chelsea’s next Premier League game. In goal, Kepa Arrizabalaga will be eager to impress in the continued absence of Edouard Mendy due to his participation at the Africa Cup of Nations.

Up ahead in midfield, Jorginho and Mateo Kovacic will aim to stitch together a solid tandem, with the latter looking to advance higher up the pitch to create the openings. Mason Mount will be the creator-in-chief for Chelsea, with the English playmaker looking to supplement Romelu Lukaku and Kai Havertz. 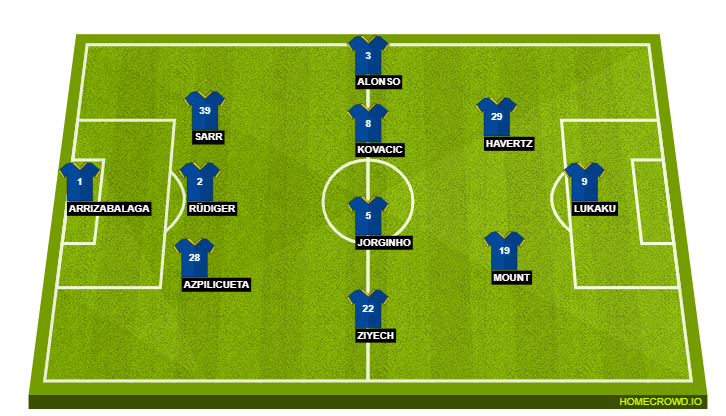 2022 did not start in an ideal way for Romelu Lukaku, who did not put his best foot forward and instead brought about a temporary downfall thanks to controversial comments in an interview. Thomas Tuchel has since acted maturely to put the incident behind the club, re-integrating Lukaku in his squad as a result.

The Belgian international performed admirably in his outings last week, even scoring a goal against Chesterfield in the FA Cup on the weekend. Lukaku will now be eager to deliver the goods against a big club while paving the way for Chelsea to reach the Carabao Cup final. A big game for Lukaku as he looks to continue his resurgence.

If things were not already tricky for Tottenham Hotspur, Son Heung-min’s absence would further compound Spurs’ woes in the final third. With Chelsea slowly but surely getting back to their best, the hosts will have an uphill task overturning the deficit from the first leg.

Romelu Lukaku could open the scoring for Chelsea in the first half, which will all but end Tottenham’s valiant Carabao Cup campaign. And in the second half, Christian Pulisic could come off the bench to put the second leg to bed. The Hard Tackle predicts a 2-0 win for Chelsea.