Chelsea will aim to keep pace with Manchester City at the top of the Premier League when they welcome Everton to Stamford Bridge on Thursday.

The matches continue to come thick and fast in the Premier League, with Gameweek 17 of the 2021/22 season set to culminate on Thursday. Chelsea and Everton will play the marquee contest of the latest round of fixtures on the day at Stamford Bridge.

The Chelsea juggernaut under Thomas Tuchel continues to roll forward, with the Blues regarded as one of the most fearsome teams in Europe. However, the west Londoners have faltered a bit in recent weeks, having shipped plenty of cheap goals while dropping points aplenty. But Chelsea returned to winning ways this past weekend in a hard-fought battle against Leeds United.

On the other hand, Everton’s struggles under Rafael Benitez show no signs of letting up. The victory over Arsenal that ended an eight-match winless run appears to be a mere flash in the pan, as Crystal Palace handed the Toffees a crushing 3-1 defeat at Selhurst Park last weekend. So, the pressure is ramping up on the former Chelsea manager.

Chelsea eked out a 2-0 win over Everton in the corresponding fixture last season, courtesy of an own goal by Ben Godfrey and a penalty by Jorginho. Ahead of the latest meeting between the two sides, The Hard Tackle takes a closer look at the encounter.

Time to hear from Thomas Tuchel ahead of #CheEve tomorrow night at Stamford Bridge! 🎙 https://t.co/0lSLmTlhGz

Thomas Tuchel has been handed a double boost on the team news front ahead of the visit of Everton. As a result, on Thursday, the Chelsea boss will only be bereft of the services of two first-team players.

The good news comes in the form of the returns of Trevoh Chalobah (hamstring) and N’Golo Kante (knee), who have recovered from their respective injuries and will be in contention to feature on the bench against Everton. That leaves Tuchel without Ben Chilwell (knee) and Mateo Kovacic (COVID-19), with the latter even beginning light training.

However, in Chilwell’s continued absence, Marcos Alonso will be deployed as the left wing-back by the Chelsea manager, with Reece James a certainty on the right flank. Kante’s return is a major positive for Chelsea, but Ruben Loftus-Cheek and Jorginho pick themselves in the middle of the park on Thursday.

Cesar Azpilicueta appears due for a rare start at the back, with Thiago Silva likely to be rested. Azpilicueta will join Andreas Christensen and Antonio Rudiger in the central defensive unit, with Edouard Mendy taking his place between the sticks.

At the opposite end of the pitch, Romelu Lukaku should spearhead the Chelsea attack on Thursday. The former Everton striker will likely be supplemented by Mason Mount and Christian Pulisic, with Hakim Ziyech, Kai Havertz and Callum Hudson-Odoi options on the bench. 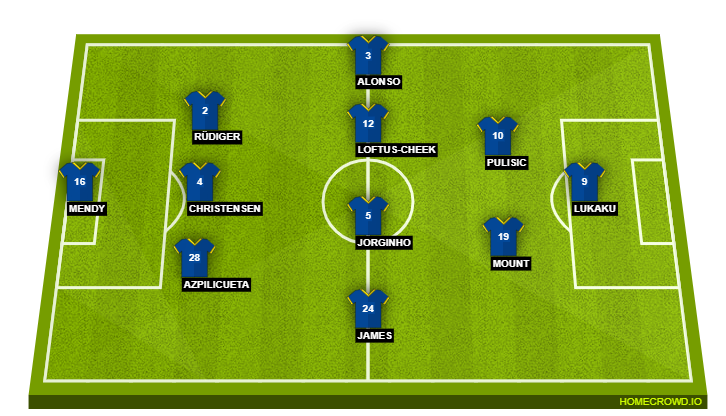 Unlike his counterpart in the Chelsea dugout, Rafael Benitez has been handed a major blow ahead of the trip to Stamford Bridge. On Thursday, the Everton manager could be making do without as many as eight first-team players.

Richarlison is the latest absentee for the Toffees after sustaining a calf injury that will keep him out for several weeks. Andros Townsend is also unavailable due to a fractured foot, and he joins the Brazilian, Lucas Digne (illness), Yerry Mina (calf), Tom Davies (knee) and Dominic Calvert-Lewin (hamstring) on the sidelines.

Illness rules Lucas Digne out of #CHEEVE, but Allan is available.

Benitez is also sweating over the fitness of Seamus Coleman and Allan, although the duo is likely to be fit enough to start against Chelsea. Coleman will join Michael Keane, Mason Holgate and Ben Godfrey in the backline, which will protect Jordan Pickford in the Everton goal.

Up ahead in midfield, Allan and Abdoulaye Doucoure will look to remain compact and keep a lid on Mason Mount’s output. Out wide, Alex Iwobi and Anthony Gordon have become certainties due to the raft of Everton attackers on the sidelines. Similarly so, Demarai Gray and Salomon Rondon are automatic picks, with the former having the onus on him to produce the goods in the final third. 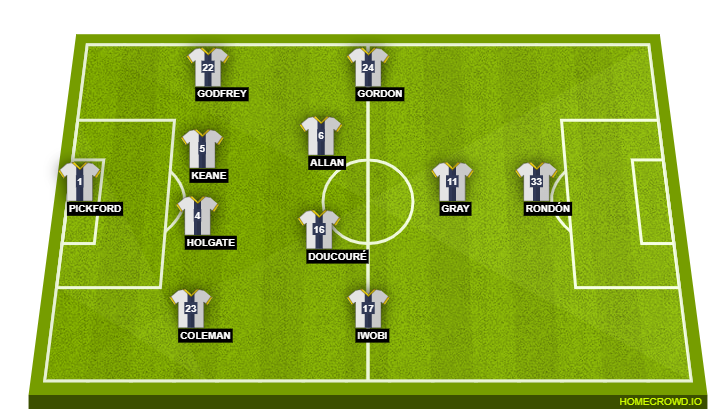 Romelu Lukaku’s Chelsea return has not been the stuff of dreams, with an ankle injury threatening to derail his campaign. The ex-Everton striker is yet to regain full fitness and sharpness, which is why Thomas Tuchel has been reluctant to hand him many starts.

However, Lukaku will relish the opportunity to play against his former side, having tormented them during his days at Manchester United. And if he can manage to deliver the goods in front of goal, the Belgian powerhouse could be inspired into a comeback trail he has been waiting for since his return from injury. A big game awaits Lukaku.

Generally, when Chelsea and Everton play against each other, fireworks are expected. However, that is unlikely to be the case on Thursday, with Rafael Benitez setting his team up to absorb the pressure of the Chelsea attack and hoping to see the game out professionally in the absence of several key players.

However, Thomas Tuchel and his charges might have other ideas, with the in-form Mason Mount likely inspiring another key win. So, expect Chelsea to claim another hard-fought win to keep pace with Manchester City, who beat Leeds United handsomely on Tuesday. The Hard Tackle predicts a 2-0 victory for Chelsea.