An automatic berth at the 2022 FIFA World Cup will be up for grabs when Spain welcome Sweden to Estadio de La Cartuja on Sunday.

The first round of the FIFA World Cup 2022 Qualifiers in Europe will culminate in the coming days, with Matchday 10 kicking off this weekend. Spain and Sweden will play one of the most intriguing match-ups in the final round of fixtures at Estadio de La Cartuja, with the top spot in Group B still up for grabs.

Spain have a habit of cruising through the qualification campaigns for World Cups and Euros and rarely ever face a hiccup. However, that has not been the case in their FIFA World Cup 2022 Qualifiers campaign, with the 2010 winners having dropped points twice. As a result, La Roja are just a point ahead of Sweden at the top of Group B.

Speaking of, Sweden dropped the initiative in their most recent game, suffering a shock 2-0 defeat to Georgia. The result meant that Spain leapfrogged them in the Group B standings, although the Blue and Yellow still have their fate in their own hands heading into their final game due to the nature of the scheduling.

The reverse fixture, played at the Friends Arena in September, saw Sweden come from a goal down to beat Spain 2-1, with Viktor Claesson scoring the winner. Ahead of the latest meeting between the two sides, The Hard Tackle takes a closer look at the encounter.

Ansu Fati has pulled out of the Spain squad due to an injury. (Photo by Juan Manuel Serrano Arce/Getty Images)

Luis Enrique does not have any fresh injury concerns hampering his preparations ahead of the visit of Sweden. The Spain head coach had already lost the services of Eric Garcia, Yeremi Pino and Ansu Fati from the original squad he had picked.

Enrique had been sweating over the availability of Gavi after the teenage prodigy picked up a knock against Greece. However, the 17-year-old is believed to be fit and available to take on Sweden and take his place in the midfield trifecta.

Gavi will likely have Sergio Busquets and Koke for company in the middle of the park. Busquets will sit at the base of the midfield unit, looking to direct play from his deep-lying position, while Koke and Gavi will have the license to roam high up the pitch to create overloads in the final third.

As for the attacking unit, Alvaro Morata should lead the line for Spain against Sweden, with Dani Olmo and Pablo Sarabia expected to be the two wide men. At the heart of the defence, Aymeric Laporte will line up alongside Inigo Martinez, with Dani Carvajal and Jose Gaya being the two full-backs. Finally, in goal, there is no looking past Unai Simon. 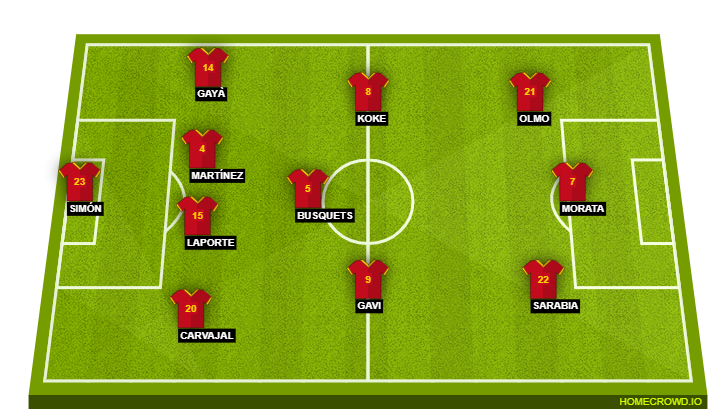 Like his counterpart in the Spain dugout, Janne Andersson does not have any new fitness issues to deal with ahead of the trip to Estadio de La Cartuja. However, unlike Luis Enrique, the Sweden boss has barely seen any withdrawals from his squad, with only Ken Sema pulling out.

Andersson will line his side up in a 4-4-2 formation, with Robin Olsen taking his place between the sticks. At the heart of Sweden’s defence, captain Victor Lindelof will pair up with Joakim Nilsson, with Emil Krafth and Ludwig Augustinsson being the two full-backs.

Albin Ekdal and Kristoffer Olsson will partner with each other in the central midfield area, with the duo being tasked with keeping things tight in the middle of the park. Out wide, Dejan Kulusevski and Emil Forsberg should get the nod.

Kulusevski and Forsberg will provide the forward thrust from the middle of the park, looking to supplement the strike partnership of Alexander Isak and Zlatan Ibrahimovic. 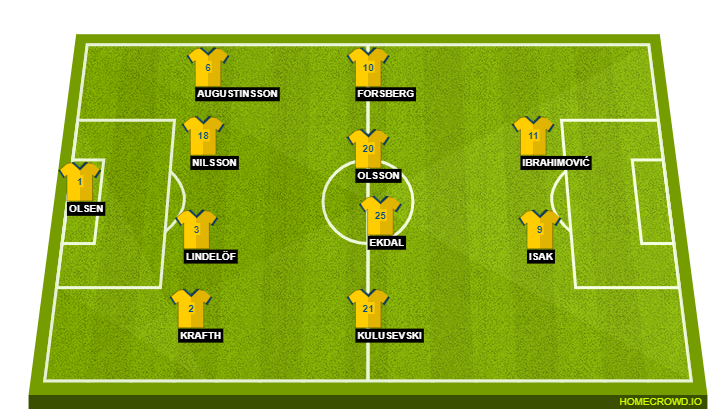 With Zlatan Ibrahimovic in action, it is clear that the spotlight will be on him on Sunday in what is likely to be the biggest game of Matchday 10 of the FIFA World Cup 2022 Qualifiers in Europe. However, the Player to Watch in our preview is Sergio Busquets.

In a game where the margin of error will be so slim that it will be negligible, the end product of a pendulating contest will likely be determined by the midfield battle. With that in mind, Busquets is the most important player in this fixture. If Sweden manage to bypass Busquets, they will go a long way in grabbing the all-important win. A big game beckons Busquets and Spain.

Sunday’s fixture will have eyeballs on it from people around the world, and it is sure to deliver a banger. There is likely to be a fair bit of goalmouth action on both ends, with Zlatan Ibrahimovic again making his mark in a crunch game.

However, with their enormous bench strength, Spain hold the aces in this tie and should have more than enough quality to eke out a 2-1 win at Estadio de La Cartuja. With that, The Hard Tackle predicts Luis Enrique & co. to book their place at the FIFA World Cup 2022.