Chelsea will hope to clinch an automatic spot in the UEFA Champions League Round of 16 when they take on Malmo at the Eleda Stadion on Tuesday.

The UEFA Champions League is back this week with Matchday 4 of the group stage of the 2021/22 season. The action this midweek kicks off with a game in Group H, as, Malmo play hosts to Chelsea at the Eleda Stadion on Tuesday evening.

As expected, Malmo have been the whipping boys of Group H of the UEFA Champions League, losing each of the first three games so far while failing to score even once to sit rock-bottom in the standings. Back home, matters are much more stable, as they sit atop the Allsvenskan table, a point ahead of Djurgardens in second.

On the other hand, Chelsea are arguably building their campaign towards securing the top spot by beating Juventus in their final game next month. The Blues have been in fine form in recent weeks, winning each of their last six games since suffering the 1-0 defeat to the Bianconeri on Matchday 2, with their most recent result being the 3-0 win over Newcastle United.

The reverse fixture, played at Stamford Bridge last month, saw Chelsea cruise to a 4-0 win over Malmo, with Andreas Christensen, Jorginho and Kai Havertz on target. Ahead of the latest meeting between the two sides, The Hard Tackle takes a closer look at the encounter.

Jon Dahl Tomasson does not have any fresh injury concerns hampering his preparations ahead of the visit of Chelsea. On Tuesday, the Malmo FF manager will be bereft of the services of just three first-team players.

Felix Beijmo is closing in on his return from a collarbone injury, but the game against Chelsea has come too soon for him. However, Jonas Knudsen and Ola Toivonen are unlikely to be available for quite some time, with the duo recovering from their respective long-term knee injuries.

Tomasson, though, has more than enough at his disposal in the form of personnel, with Johan Dahlin set to take his place in goal against Chelsea. In front of the veteran goalkeeper, Malmo will form a 3-5-2 formation, with Niklas Moisander, Anel Ahmedhodzic and Franz Brorsson.

The two wing-backs will provide the width higher up the pitch, and it is here where Eric Larsson and Martin Olsson come into the picture, with the duo also set to be tasked with added defensive duties. In the middle of the park, the creative onus will fall upon captain Anders Christiansen.

Bonke Innocent and Erdal Rakip will shoulder the bulk of the defensive responsibility in midfield, with Christiansen providing support off the ball to the duo. Finally, the strike partnership should be formed by Antonio Colak and Veljko Birmancevic. 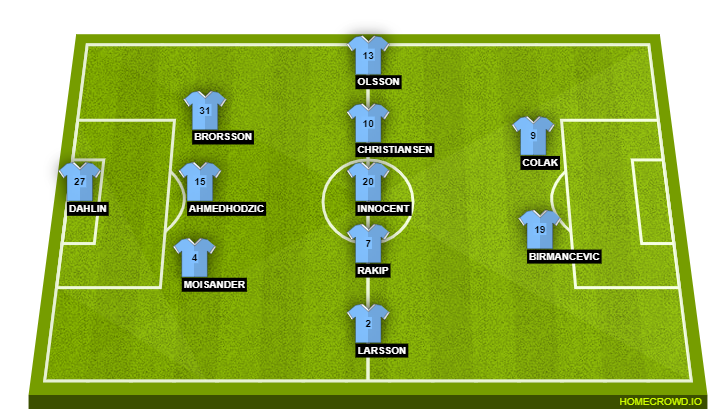 Unlike his counterpart in the Malmo dugout, Thomas Tuchel has been handed a major boost on the team news front ahead of the trip to Eleda Stadion. On Tuesday, the Chelsea manager will have to make do without four first-team players.

The good news comes in the form of Christian Pulisic’s return, with the former Borussia Dortmund attacker set to be a part of the matchday squad. However, the likes of Mateo Kovacic (hamstring), Romelu Lukaku (ankle) and Timo Werner (hamstring) remain unavailable due to their respective injuries, while Mason Mount is yet to recover from an illness.

Let's hear from Thomas Tuchel and Ben Chilwell ahead of our #UCL game with Malmo tomorrow night! 🎙 https://t.co/CFDnDo90NZ

In the absence of Mount and Werner, Hakim Ziyech is set to be a part of the starting lineup, with the creative burden in the final third falling primarily on his shoulders. The Moroccan playmaker will have Callum Hudson-Odoi and Kai Havertz for company in the attacking setup.

As far as the rest of the starting lineup is concerned, Tuchel could take the game as an opportunity to make some big rotations, with Trevoh Chalobah, Andreas Christensen and Malang Sarr likely to form the three-man central defensive unit. However, in goal, there is no looking past Edouard Mendy.

Up ahead in midfield, Ruben Loftus-Cheek could get yet another chance to impress, with the Englishman lining up alongside Jorginho in the middle of the park. Reece James, though, could be in for a rest, with Cesar Azpilicueta coming in as the right wing-back while on the left flank, Ben Chilwell should retain his spot ahead of Marcos Alonso. 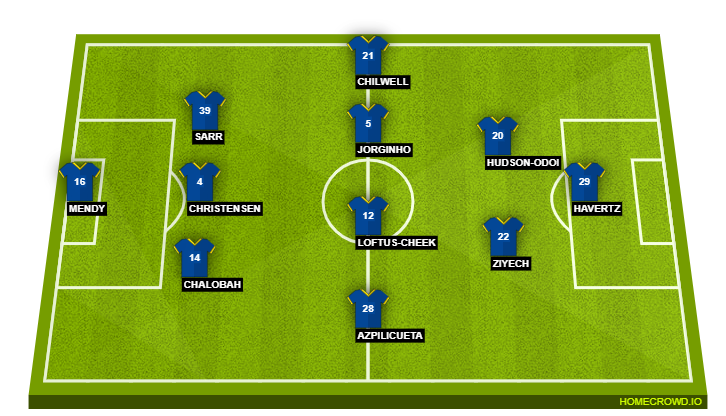 2021/22 is proving to be a memorable season already for Chelsea, and that has only been possible because just about every player has chipped in with valuable contributions. However, if there is one player who is yet to hit the ground running, it is Hakim Ziyech.

The Moroccan international was in his elements during pre-season, and it seemed as if he was on course to exorcising the injury demons from last season. However, that has not proven to be the case, with Ziyech only recently regaining complete fitness.

Now that some of Thomas Tuchel’s key players are unavailable, the opportunity is perfect for Ziyech to make his mark. And what better game to do so than against the minnows of the UEFA Champions League? This is quite a crucial game for the 28-year-old.

Chelsea will not be at full-strength when they take the field against Malmo on Tuesday, but that is unlikely to concern Thomas Tuchel. The German tactician has been creating a squad that has proven to be greater than the sum of its parts, and they should once again sweep away the Swedish outfit with relative ease this week.

However, Tuchel will likely hope that this game does not come with a great cost, having lost Timo Werner and Romelu Lukaku to major injuries last month in the reverse fixture. All in all, though, this should be a straightforward outing for Chelsea, who should beat Malmo 3-0 to possibly book their place in the Round of 16, depending on the result in the game between Juventus and Zenit St Petersburg.