Leiceister City will be aiming to enter the fourth round of the Carabao Cup when they take on Millwall at the Den on Wednesday.

The curtains are set to fall on the third round of the Carabao Cup on Wednesday, as the last of the qualifiers to the next stage get confirmed. Leicester City will be vying to become one such team when they lock horns with Millwall at the Den on the night.

Millwall have been nothing short of poor at the onset of their 2021/22 campaign, having won just one of their eight Championship games so far, dropping them down to 18th on the table. The Lions, though, have been more resilient in the Carabao Cup, beating Portsmouth 2-1 and Cambridge United 3-1 to set up the contest with Leicester City.

Speaking of, Leicester City are off to one of their worse starts to a season in recent memory, winning just two of their opening five fixtures. As a result, the Foxes are languishing at 12th in the Premier League standings at the moment ahead of their Carabao Cup bow for the season.

Millwall eked out a 1-0 win thanks to a 90th minute winner the last time they clashed with Leicester City, back in 2017. Ahead of the latest meeting between the two sides, The Hard Tackle takes a closer look at the encounter.

Gary Rowett has a fair few roster issues hampering his preparations ahead of the visit of Leicester City. On Wednesday, the Millwall manager will be bereft of the services of four first-team players, with Danny McNamara (groin), Sheyi Ojo (illness), George Evans (groin) and Benik Afobe (knee) all sidelined.

Rowett could make a few alterations to the team that started last time out against Coventry City on the weekend, starting with the man in goal, with George Long coming in for Bartosz Bialkowski. In front of him, Millwall will line up in a 3-4-2-1 formation against Leicester City.

Alex Pearce ought to replace Daniel Ballard in the three-man central defensive unit, where he will likely have Murray Wallace and Jake Cooper for company. Ryan Leonard and Scott Malone are expected to continue as the two wing-backs, with the duo providing the width higher up the pitch.

Up ahead in midfield, Maikel Kieftenbeld will likely have Billy Mitchell for company in the double pivot, with the duo having the onus on them to keep a check on the output of James Maddison. Finally, in attack, Matt Smith will lead the line for Millwall, with creative support coming from Jed Wallace and Mason Bennett. 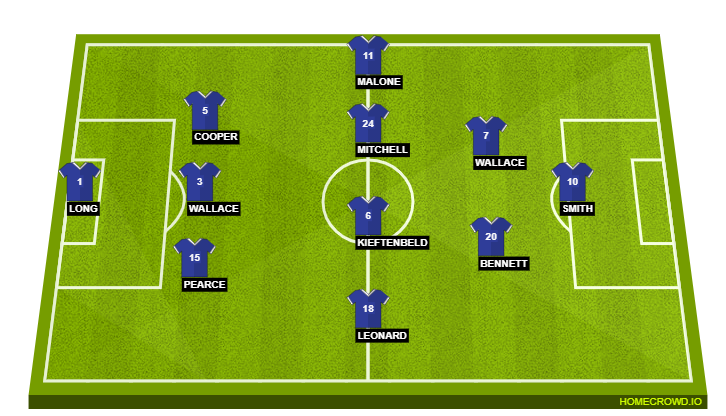 Like his counterpart in the Millwall dugout, Brendan Rodgers also has some pressing injury woes to deal with ahead of the trip to the Den for the Carabao Cup third round tie. On Wednesday, the Leicester City boss will have to make do without as many as three first-team players.

James Justin (knee) and Wesley Fofana (leg) remain long-term absentees for Leicester, with Jonny Evans continuing his spell on sidelines due to a minor ankle complaint. However, there is some good news as well, with Ayoze Perez now available after having served his suspension.

Perez, though, is unlikely to return to the starting lineup, with Ademola Lookman, Patson Daka and Kelechi Iheanacho expected to form the three-man attacking unit. The trio will be supplemented by James Maddison, who will hope to end his poor run of form on Wednesday.

Kiernan Dewsbury-Hall and Hamza Choudhury will be the two workhorses in the middle of the park for Leicester, with the duo looking to keep a check on Jed Wallace, in particular.

Finally, at the back, the central defensive partnership will bear a makeshift look, with Daniel Amartey pairing up with Jannik Vestergaard at the heart of the Leicester defence while Timothy Castagne and Marc Albrighton will be the two full-backs. In goal, Danny Ward will get a rare chance to impress, as he so often does in cup fixtures. 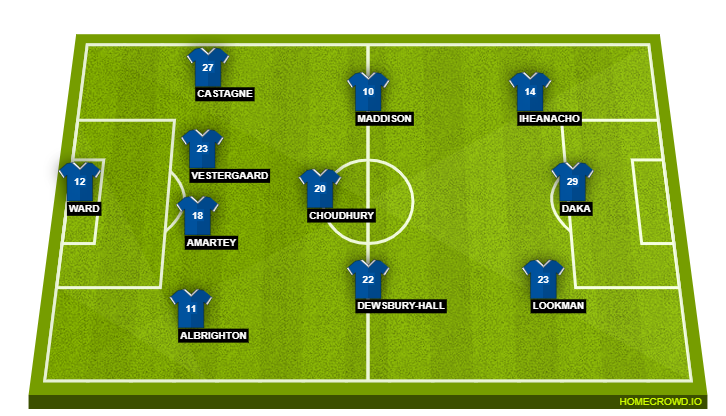 Upon arriving from Red Bull Salzburg on the back of a stunning 2020/21 campaign, the expectations have been naturally high from Patson Daka. However, the Zambian striker is yet to get going completely at Leicester City, although the chances have not exactly been forthcoming.

Midweek fixtures have so far given Daka the best chance to impress and the game against Millwall on Wednesday will do the same. This will, therefore, be Daka’s opportunity to seize and get back on the scoresheet in style in the Carabao Cup. A big game for Daka, this.

Millwall will feel Leicester City are there for the taking here after making a rather indifferent start to the season. While the Lions themselves have been far from excellent, the fact that Leicester will be rotated quite heavily will give them a glimmer of hope of pulling off an upset.

In the end, though, beating Leicester might be beyond their means, even though they are likely to score once. That is because, on the opposite end, Patson Daka and Kelechi Iheanacho will make their mark on the game, guiding the Foxes to a 2-1 win.