Chelsea will be aiming to get back to winning ways when they host Aston Villa at Stamford Bridge in the final Premier League game on Saturday.

The international break is done and dusted and it is now time to turn out attention back to club football, with the top leagues resuming on the weekend. On Saturday, as many as eight games will be on show, with the action on the day ending with an intriguing game in the capital, as Chelsea play hosts to Aston Villa at Stamford Bridge.

Chelsea have appeared to be quite solid at the start of the season. The Blues were top class in their opening two games, as they blew away Crystal Palace and Arsenal. However, Thomas Tuchel & co. showed their resilient side last time out, as they managed to hold Liverpool to a 1-1 draw after going down to ten men at the stroke of half-time.

Aston Villa, on the other hand, have somewhat bounced back from a slow start to the season, that saw them go down 3-2 to Watford. The Villans then cruised to a 2-0 win over Newcastle United before being held to a 1-1 draw by a stubborn Brentford side. The departure of Jack Grealish has had its effect on Dean Smith’s side, and they will be eager to move on quickly to enjoy a memorable season.

The corresponding fixture last season saw Aston Villa come from a goal down to hold Chelsea to a 1-1 draw, with Anwar El Ghazi cancelling out Olivier Giroud’s first half strike. Ahead of the latest meeting between the two sides, The Hard Tackle takes a closer look at the encounter.

Thomas Tuchel has a raft of roster issues hampering his preparations ahead of the visit of Aston Villa. On Saturday, the Chelsea manager could be bereft of the services of as many as four first-team players due to fitness problems and suspension troubles.

Reece James will not be able to take on Aston Villa after being sent off for handling the ball inside the box against Liverpool. The English defender’s void in the right wing-back slot is likely to be filled by Cesar Azpilicueta, with the Chelsea captain moving into a more advanced position.

Meanwhile, Azpilicueta’s place in the three-man central defensive unit is likely to be taken up by the impressive Trevoh Chalobah, especially amid a lot of confusion surrounding the status of certain Brazilian players including Thiago Silva. The rest of the back three ought to completed by Andreas Christensen and Antonio Rudiger while Edouard Mendy is a certainty in goal.

Up ahead in midfield, Jorginho and Mateo Kovacic practically pick themselves, especially with N’Golo Kante unlikely to have regained full fitness in time for the Aston Villa clash. With Kante not expected to be risked, one can also expect Saul Niguez to make his Chelsea debut off the bench.

Meanwhile, Ben Chilwell is likely to be recalled at left wing-back, after being usurped by Marcos Alonso early in the season. Finally, in attack, with Christian Pulisic out injured, Kai Havertz ought to pip Timo Werner and Hakim Ziyech in one of the two attacking midfield slots, with Mason Mount an automatic pick in the other post. Finally, leading the line for Chelsea will be Romelu Lukaku. 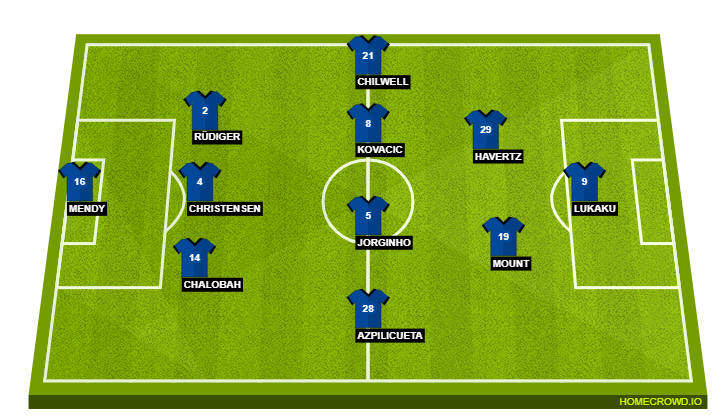 Unlike his counterpart in the Chelsea dugout, Dean Smith would have had a lot of mixed feelings surrounding the international break. That is because the near two-week long layoff has allowed some players to make complete recovery from their injuries while a couple of players have become unavailable.

The aforementioned duo are Emiliano Martinez and Emiliano Buendia, both of whom caused quite a stir in their roles in getting the game between Argentina and Brazil deferred. The duo have since returned to Aston Villa and are currently in quarantine, getting ready for next weekend’s game versus Everton.

Apart from Martinez and Buendia, Trezeguet (knee), Carney Chukwuemeka (knock) and Keinan Davis (knee) are the only other certain absentees, with the likes of Ezri Konsa, Bertrand Traore and Morgan Sanson working hard to pass the late fitness tests to determine their availability. Sanson, though, might not be ready to feature just yet and could be given another week before his return.

However, Leon Bailey and Jacob Ramsey are fit enough to start, with the former likely to take his place on the right flank in what will be a 4-4-2 formation for Aston Villa. On the left wing, Anwar El Ghazi ought to start in the absence of Buendia, with Ollie Watkins and Danny Ings forming the strike partnership.

John McGinn and Douglas Luiz will form a tenacious midfield partnership, who will look to stifle Chelsea and Mason Mount during their build-up play. At the back, Konsa ought to pair up with Tyrone Mings at the heart of the Aston Villa defence, with Matty Cash and Matt Targett the full-backs. Finally, Jed Steer will take up the spot between the sticks in Martinez’s stead. 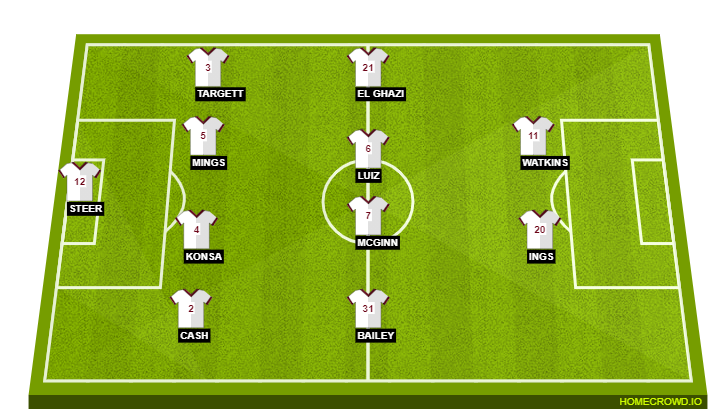 A lot of the eyeballs will be on Romelu Lukaku and whether he can finally break his Stamford Bridge duck. However, it goes without saying that during the visit of Aston Villa, the player who will be under the spotlight more than anyone is Saul Niguez.

The Spaniard is unlikely to start despite the absence of N’Golo Kante, but he is still likely to make an appearance off the bench. And in his maiden outing in English football, it will be interesting to see if Saul is experiencing any teething problems or whether he ends up making an instant impact. A big game in a big season for the 26-year-old.

This is going to be anything but a straightforward outing for Chelsea. While Aston Villa are not as formidable as they were last season, they still have enough quality to cause an upset against the best of Premier League teams. However, the absence of Emiliano Buendia means the Villans will be heavily deprived of creativity.

On the opposite end, Romelu Lukaku ought to finally break his duck at Stamford Bridge and possibly even celebrate with a brace. In the end, Chelsea will have enough quality to grab all three points, thereby returning to winning ways in clinical fashion with a 2-0 victory over Aston Villa on Saturday.