England will aim to continue their perfect start to the FIFA World Cup 2022 Qualifiers when they take on Poland at the National Stadium on Wednesday.

The first international break of the 2021/22 season is nearing its curtain call, with the proceedings in Europe coming to an end on Wednesday. A number of FIFA World Cup 2022 Qualifiers ties are scheduled for the day, with one of the most eye-catching fixtures set to be played at the National Stadium in Warsaw, where Poland will play hosts to England in a Group I contest.

Poland have finally woken up from their slumber after a slow start to their campaign at the FIFA World Cup 2022 Qualifiers. After winning just one of their first three games, the Eagles have now managed to win back-to-back games in a comprehensive fashion, scoring a combined 11 goals against Albania and San Marino while only letting in two goals to climb up to second in the standings.

England, on the other hand, have been nigh on perfect so far in the FIFA World 2022 Qualifiers, having won each of their five games at the start of the campaign. The only blemish for the Three Lions has been the goal they conceded against Poland back in March. Indeed, Gareth Southgate’s men have won four of the five games, scoring 15 goals without reply, with the latest coming against Andorra on the weekend.

The reverse fixture, played at Wembley back in March, ended in a 2-1 win for England, with Harry Kane and Harry Maguire on target while Jakub Moder scored for Poland. Ahead of the latest meeting between the two sides, The Hard Tackle takes a closer look at the encounter.

Krzysztof Piatek misses out for Poland due to an injury. (Photo by Miguel Medina/AFP via Getty Images)

Paulo Sousa made a few rotations for Poland’s last FIFA World Cup 2022 Qualifiers tie against San Marino on the weekend. However, with England set to pay his side a visit, the head coach is expected to name his strongest starting lineup.

Having said that, Sousa has had a few roster issues to deal with during the ongoing international break, with Mateusz Klich ruled out after testing positive for COVID-19 while the likes of Kacper Kozlowski, Sebastian Szymanski, Krzysztof Piatek and Dawid Kownacki are all missing due to injury-related issues.

The absence of Piatek means Adam Buksa will pair up with captain Robert Lewandowski in the strike partnership, with Poland likely to be lined up in a 3-5-2 formation. The onus, in this side, will be on the three central midfielders, who will be tasked with keeping a lid on England’s creative output.

These three midfielders will namely be Grzegorz Krychowiak, Jakub Moder and Karol Linetty, with the trio looking to stifle Mason Mount and Jack Grealish, in particular. The two wing-backs – Kamil Jozwiak and Maciej Rybus – will provide the width higher up the pitch while also having their duel with the two England full-backs.

During the defensive phases, Jozwiak and Rybus will drop deep to create a back five and force England to take a long ball approach. It is here that the three centre-backs, led by Kamil Glik, will come into the picture, with Jan Bednarek and Pawel Dawidowicz lining up along the veteran central defender. Finally, in goal, there is no looking past Wojciech Szczesny. 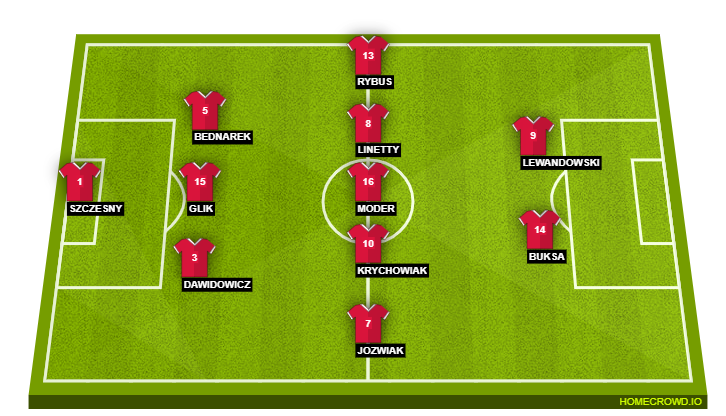 Like his counterpart in the Poland dugout, Gareth Southgate had made some major rotations for the game against Andorra, having fielded an entirely new starting lineup complete with a few experiments. On Wednesday, though, the England head coach will revert to the team that featured against Hungary last week.

Jordan Pickford will, therefore, come in for Sam Johnstone between the sticks, with England going from a 4-3-3 to the more commonly used 4-2-3-1 formation in front of him. John Stones and Harry Maguire will return in the central defensive partnership, with Conor Coady and the suspended Tyrone Mings dropping out.

Reece James and Kieran Trippier will make way for Kyle Walker and Luke Shaw in the full-back slots, with Trent Alexander-Arnold being the third right-back to drop back to the bench. Up ahead in midfield, Declan Rice and Kalvin Phillips will resume their indomitable partnership, with Jordan Henderson and Jude Bellingham missing out.

Harry Kane will lead the line for England against Poland, with Mason Mount playing off of the Three Lions skipper. Out wide, both Raheem Sterling and Jack Grealish ought to return, meaning Jesse Lingard and Bukayo Saka will both be overlooked despite their heroics against Andorra. 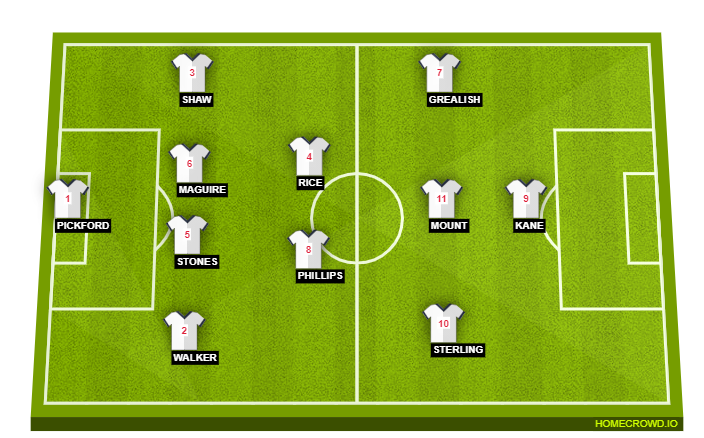 Will Lewandowski deliver the goods for Poland against England? (Photo by Alex Livesey/Getty Images)

Poland vs England is the heavyweight battle in Group I of the FIFA World Cup 2022 Qualifiers. However, with this battle, there is another big match-up awaiting between the two captains, who also happen to be two of the most fearsome strikers in the game at the moment.

But while Harry Kane can be counted upon to score in just about every qualifying fixture, Robert Lewandowski’s big-game pedigree in international football is somewhat questionable. The Poland captain remains peerless in club football as well as within the Poland national side.

However, if the hosts are to take anything from the game, it is his output that will come under the spotlight. Having said that, the 33-year-old will also possibly provide the stiffest test in the World Cup Qualifiers for England, and it will be interesting to see if they can keep Lewandowski at bay on Wednesday.

Poland come into this game on the back of their best run of form for quite some time. The Eagles have scored 11 goals in their last two games, which, despite the quality of the opposition, is nothing short of impressive. So, even though the formidable England are visiting Warsaw, one can expect the hosts to be riding a wave of confidence.

Having said that, the incredibly successful partnership of Declan Rice and Kalvin Phillips ought to combine with John Stones and Harry Maguire to shut out Robert Lewandowski and effectively end Poland’s hopes of a win. On the opposite end, the hosts should frustrate England for stretched periods before their visitors run away with the game.

Harry Kane should invariably find the back of the net, with Jesse Lingard likely to get the second goal, which will put the game to bed. With that in mind, The Hard Tackle predicts a 2-0 win for Gareth Southgate & co. in a result that gets them one step closer to booking their place at Qatar 2022.