Chelsea will aim to consolidate fourth place on the Premier League table when they welcome Fulham to Stamford Bridge on Saturday.

The Premier League is fast approaching its climactic end and with Gameweek 34 of the 2020/21 season underway, just five rounds of fixtures remain this term. The third game on Saturday will be a London derby which will feature Chelsea and Fulham at Stamford Bridge, in a high-stakes encounter.

Chelsea have found stable footing under the tutelage of Thomas Tuchel, having become one of the most solid teams in all of Europe with the German tactician in-charge. However, in recent weeks, the Blues have appeared to be a bit wobbly, seeing as they have failed to win four of their last eight games in all competitions. Having said that, the 1-1 draw with Real Madrid earlier this week was a creditable performance by the hosts.

Fulham, on the other hand, look primed to be drop right back down to the Championship after having managed to rake in just one point from their last five outings in the Premier League. In this period, Brighton & Hove Albion have gradually pulled away from them and are currently seven points clear at 17th on the table. With wins being hard to come by, the Cottagers are unlikely to stave off relegation.

The reverse fixture, played at Craven Cottage back in January, saw Chelsea eke out a narrow 1-0 win over Fulham, with Mason Mount scoring the only goal of the game. Ahead of the latest meeting between the two sides, The Hard Tackle takes a closer look at the encounter.

Thomas Tuchel has one fresh injury concern hampering his preparations ahead of the visit of Fulham. On Saturday, the Chelsea manager will be bereft of the services of two first-team players, with Antonio Rudiger set to miss the game due to a minor knock, while Mateo Kovacic continues to be sidelined with a hamstring injury.

As has been the case under Tuchel so far, Chelsea should line up in a 3-4-2-1 formation, with Edouard Mendy taking his place in goal ahead of Kepa Arrizabalaga. Tuchel, though, should make a few rotations to the starting lineup, keeping one eye on the UEFA Champions League semi-final second leg against Real Madrid this coming week.

That would mean Thiago Silva will get a breather, with Cesar Azpilicueta moving into the back three, where he will have Andreas Christensen and Kurt Zouma for company. Azpilicueta’s move into the central defensive unit means Reece James will get the chance to earn a recall in the right wing-back spot, with Marcos Alonso set to get a start on the left flank.

The rotation policy usually gives way to N’Golo Kante being handed a breather and that should be the case again on Saturday, with Mason Mount likely to start in a deeper midfield role alongside Jorginho. Mount’s vacated spot ought to be taken up by Timo Werner, with Hakim Ziyech and Kai Havertz likely to complete the attacking trifecta. 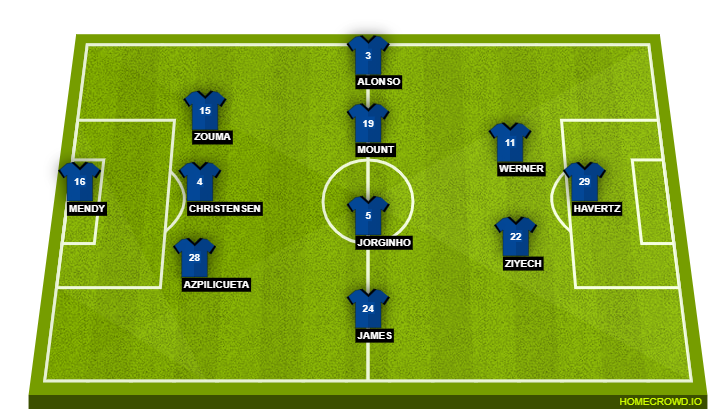 Like his counterpart in the Chelsea dugout, Scott Parker has a fresh roster issue to contend with ahead of the short trip to Stamford Bridge. On Saturday, the Fulham boss will likely have to make do without as many as four first-team players at the very least.

Kenny Tete could be available after having recovered from COVID-19, but Ruben Loftus-Cheek is ineligible to take on parent club Chelsea due to the terms of his loan deal with Fulham. Apart from Loftus-Cheek, Marek Rodak (finger), Terence Kongolo (knee) and Tom Cairney (knee) are also on the sidelines, albeit due to their respective injuries.

Fulham are likely to be set up in a 4-4-2 formation that will feature twin banks of four, with the aim being to stifle Chelsea and their attacking moves by remaining compact. Alphonse Areola will be the man between the sticks, with former Chelsea defender Ola Aina starting out on the right side of the backline, while Antonee Robinson is a certainty at left-back.

At the heart of the Fulham defence, Tosin Adarabioyo will pair up with Joachim Andersen, who has recently been linked with a summer move to Chelsea. The onus on the defensive front, meanwhile, will be on Andre-Frank Zambo Anguissa and Mario Lemina, who will hope to hold the fort in the middle of the park, looking to keep a check on Mason Mount’s output.

Out wide, Ademola Lookman and Bobby Decordova-Reid will provide the forward thrust, looking to push Fulham towards the Chelsea box with intent and pace, with Ivan Cavaleiro and Josh Maja forming the strike partnership this weekend. 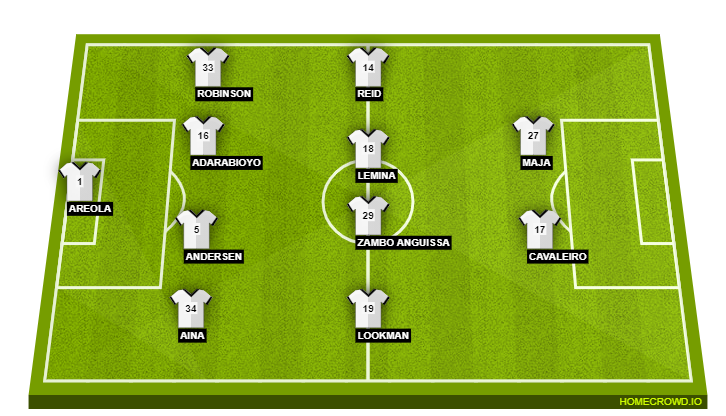 An awkward maiden campaign with Chelsea continues to go from bad to worse for Kai Havertz. The German international had briefly showed promising signs after being deployed as a central striker but has once again lost his spot in the side. However, in the wake of a disappointing display by Timo Werner against Real Madrid, an opportunity could present itself to Havertz.

Likely to be handed a start against Fulham, Havertz will need to grab his chance with both hands in order to win his place back in the side. And, if Werner continues to blow hot and cold, this could well be the opportunity for Havertz to end his campaign on a strong note, possibly even helping Chelsea to a trophy or two.

This should not be a straightforward outing for Chelsea, not by any stretch of the imagination. Yes, Fulham have slipped up once again in recent games, but the Cottagers are one of the most stubborn teams in all of Premier League, while their win over Liverpool shows they are not a side to be taken lightly. However, the Chelsea defence is unlikely to be breached, while they should have enough quality to scrape through to a 1-0 win.