Germany will hope to kick-start their FIFA World Cup 2022 qualifying campaign with a bang when they welcome Iceland to the MSV-Arena on Thursday.

The international break – the first of 2021 – is underway, with the FIFA World Cup 2022 Qualifiers kicking off in Europe. In Group J, Germany will begin their campaign at the MSV-Arena in Duisburg, where they will play hosts to Iceland.

2020 was another difficult year for Germany, who managed to win just three of their eight games in the year, with the final fixture ending in a 6-0 mauling at the hands of Spain. Having finished second in the UEFA Nations League A group 4, Die Mannschaft are in desperate need of inspiration, especially with Joachim Low set to step down after this year’s European Championships.

Iceland, on the other hand, were dreadful in their UEFA Nations League campaign, losing each of their six group games to be relegated to League B. Of the remaining four games in 2020, the Nordic nation managed to win three, but lost the all-important qualifying playoff against Hungary to miss the boat to the Euros.

Germany ran out 3-0 victors the last time they locked horns with Iceland, back in the Qualifiers for the UEFA European Championships of 2004. Ahead of the latest meeting between the two sides, The Hard Tackle takes a closer look at the encounter.

ℹ️ @ToniKroos has withdrawn from the international squad due to a persistent adductor issue. He will leave the team hotel to return to Spain.

Joachim Low has made a number of alterations to the most recent squad he picked, with as many as 12 players missing out. In addition, Toni Kroos has withdrawn his name from the group after sustaining a muscle injury, meaning Germany will be missing one of their key players. Furthermore, Niklas Sule and Robin Gosens will miss the game against Iceland due to some fitness issues.

In the absence of Kroos, the in-form Ilkay Gundogan is expected to feature alongside Joshua Kimmich in the midfield double pivot, although Leon Goretzka is an option at Low’s disposal as well. Meanwhile, Germany are expected to be set up in a 3-4-3 formation, with Manuel Neuer taking his customary place in goal ahead of Marc-Andre ter Stegen.

The absence of Gosens means Philipp Max ought to slot in as the left wing-back, with Lukas Klostermann starting on the right flank. The three-man central defensive unit ought to feature Emre Can, Matthias Ginter and Antonio Rudiger, who is enjoying a renaissance at club level.

The key decision in attack will centre around Timo Werner and Kai Havertz, with the former likely to get the nod to lead the line for Germany against Iceland. Out wide, Bayern Munich duo Leroy Sane and Serge Gnabry will bring the X-Factor with their mazy runs and tricky movement. 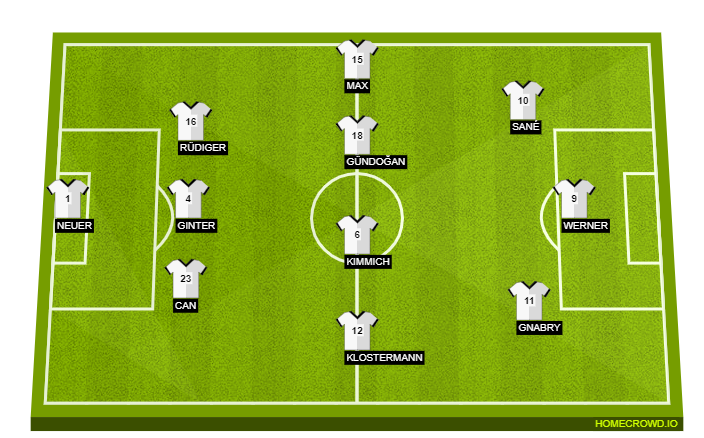 Unlike his counterpart in the Germany dugout, Arnar Vidarsson has only made a handful of changes to the squad he picked back in November. The Iceland head coach, though, is missing a couple of important players, with Gylfi Sigurdsson withdrawing his name as he and his wife are expecting the birth of their first child, while Alfred Finnbogason is out injured again.

In the continued absence of Finnbogason, Albert Gudmundsson will pair up with Jon Dadi Bodvarsson in the strike partnership for Iceland, who will line up in a 3-5-2 formation against Germany. This system will take the shape of a 5-3-2 during the defensive phase, with the wing-backs dropping deep and remaining compact to deny Germany space to exploit.

Between the sticks, Hannes Halldorsson should get the nod over Ogmundur Kristinsson and Runar Alex Runarsson, with Hjortur Hermannsson, Sverrir Ingi Ingason and Hordur Bjorgvin Magnusson being the three centre-backs, who will also have a key role to play during build-up play.

The two wing-backs ought to be Birkir Mar Saevarsson and Ari Freyr Skulason, with the duo being charged with providing the width upfront. The three midfielders will have a huge role to play as well if Iceland are to shut off Germany, with Aron Gunnarsson, Birkir Bjarnason and Victor Palsson aiming to keep things tight in the middle of the park. 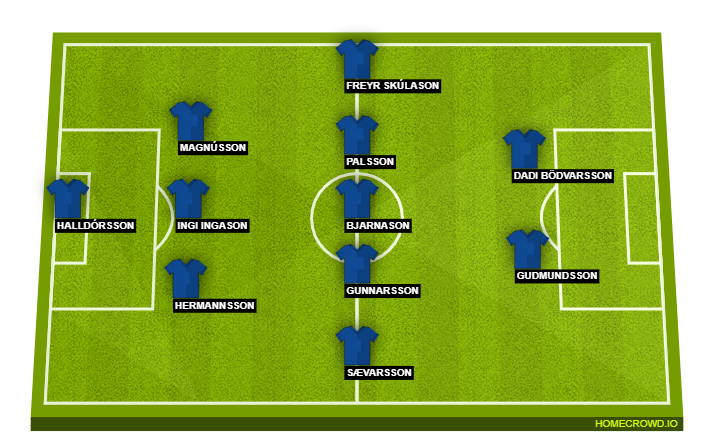 With Toni Kroos unavailable, a golden chance presents itself to Ilkay Gundogan. The 30-year-old is in the form of his life and has almost been scoring goals for fun. With Timo Werner not really being in the best of touches, Gundogan will need to carry his goalscoring form to the international stage.

His ghosting runs off the ball late into the box will also play a major role in getting past what will be a resilient Iceland defence. A big game for Gundogan on a personal level while also making him an important player for Germany, who are in serious need of turning their fortunes around.

This will not really be a straightforward evening for Germany. Die Mannschaft have a few problems to fix while Iceland are expected to put up a stubborn resistance and keep their hosts at bay for stretched periods. However, the form of Ilkay Gundogan will come into the picture soon enough while off the ball, Iceland are unlikely to trouble their hosts. As a result, The Hard Tackle predicts a 2-0 win for Joachim Low & co.