Chelsea will aim to book a place in the FA Cup quarter-finals when they take on Barnsley at the Oakwell Stadium in the fifth round on Thursday.

The curtains are set to fall on the latest knockout stage of the FA Cup, with the remaining two fifth round fixtures set to be played out on Thursday. The final game of the round will be played at the Oakwell Stadium, where Barnsley will be playing hosts to Chelsea, with a place in the quarter-finals up for grabs.

Barnsley entered this season’s FA Cup in the third, where they beat Tranmere Rovers 2-0 before getting the better of fellow Championship outfit Norwich City by a 1-0 margin last time out. Apart from their exploits in the cup competition, though, the Tykes are without a win in 2021, having lost three and drawn two of their outings in the Championship so far this year.

Chelsea, on the other hand, seem to be on a resurgent run under the tutelage of Thomas Tuchel. Since the German manager took charge at Stamford Bridge, the Blues have drawn one and won three games, which has seen them rise up to fifth in the Premier League table. In the FA Cup, the west Londoners have beaten Morecambe and Luton Town in the last two rounds, with the latter being their last game under Frank Lampard.

Thursday’s FA Cup clash will be the second time that Barnsley will be facing Chelsea this season, with the Blues cruising to a 6-0 win in the Carabao Cup back in September. Ahead of the latest meeting between the two sides, The Hard Tackle takes a closer look at the encounter.

Valerien Ismael does not have any fresh injury concerns hampering his preparations ahead of the visit of Chelsea. On Thursday, the Barnsley manager will continue to be bereft of the services of three first-team players.

Ben Williams remains a long-term absentee due to his ACL injury that should keep him sidelined till April. Aapo Halme and Liam Kitching are the other two absentees, with the duo likely to return later this month. Ismael should line his side up in a 3-4-3 formation, which will transform into a 5-4-1 in the defensive phases.

The wing-backs – Callum Brittain and Callum Styles – will, therefore, have a lot riding on them in the game as they will also need to provide the width in the final third. As for the three centre-backs, Toby Sibbick, Michal Helik and Mads Juel Andersen, they will mostly remain compact, with Andersen playing the sweeper role at the back, while Brad Collins will be the man in goal.

Up ahead in midfield, captain Alex Mowatt and Romal Palmer will likely form the double pivot, with the duo looking to keep things tight in the middle of the park. Finally, in attack, Cauley Woodrow will lead the line for Barnsley against Chelsea, with Victor Adeboyejo and Dominik Frieser being the two wide men. 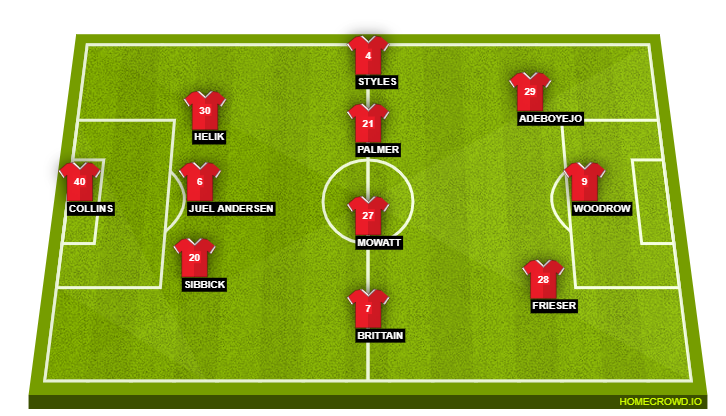 Like his counterpart in the Barnlsey dugout, Thomas Tuchel does not have any fresh issue to deal with either. However, the Chelsea manager could have to make do without as many as four first-team players on Thursday at the Oakwell Stadium.

Thiago Silva is a certain absentee for Chelsea, as he continues to recover from the thigh injury he sustained against Tottenham. However, with Kurt Zouma now fit and available, Tuchel does have enough cover in his squad to compensate for his absence for the time being. Meanwhile, the likes of Kai Havertz, Christian Pulisic and Timo Werner are all doubtful for the game.

Werner, in particular, ought to be rested after having featured heavily in recent games. If Pulisic is available after dealing with some family issues, he should be handed a start, with Havertz likely to come off the bench later in the game to build up his sharpness. Mason Mount is another player set to be given a breather, with Hakim Ziyech a certainty to start.

Apart from Ziyech, Tuchel has also confirmed that N’Golo Kante is set to start against Barnsley. The French midfielder should have Billy Gilmour for company in the middle of the park, with Callum Hudson-Odoi and Emerson Palmieri being the two wing-backs.

Finally, in defence, Andreas Christensen should once again continue to deputise for Silva while the fit-again Kurt Zouma should come in for captain Cesar Azpilicueta, with Antonio Rudiger being the third man in the back-three. Finally, Kepa Arrizabalaga is set for a rare appearance between the sticks for Chelsea. 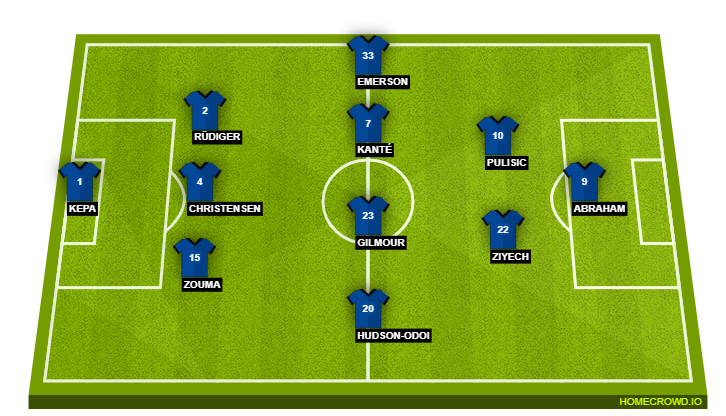 The competition for places is hotting up at Chelsea and as Thomas Tuchel gets closer to identifying his strongest lineup, one spot remains up for grabs. Olivier Giroud did not quite make a positive impression last time out against Sheffield United, which has now opened up an opportunity for Tammy Abraham.

The English striker seems to have suffered to a great extent this season, having had to share game-time since the arrival of Timo Werner. However, with Werner seemingly an option for one of the two attacking midfield slots, Abraham has to grab his chance with both hands and nail down his spot ahead of Giroud. A big game for the young striker to impress Tuchel.

The Thomas Tuchel era is underway and the arrival of the German manager has invariably had a positive effect at Stamford Bridge, with Chelsea experiencing the famous new manager bounce. The Blues have especially shored up things on the defensive front, and they should keep their hosts quiet for the most part on Thursday.

On the other end, the likes of Hakim Ziyech and Tammy Abraham will be raring to make an impression on the Chelsea boss and they should do exactly that against a team that has appeared to be quite vulnerable at the back lately, despite keeping a clean sheet in each of their two FA Cup outings so far. With that in mind, The Hard Tackle predicts a 2-0 win for Thomas Tuchel & co.