France will look to warm up well before the start of their UEFA Nations League matches as they face Finland in an international friendly on Wednesday.

The international break is underway, with the games set to come thick and fast in the next couple of weeks. France will return to action on Wednesday night when they play hosts to Finland at Stade De France in an international friendly.

France will be looking for redemption in the UEFA Nations League A and will look to have the players fit and successfully transition into the tactical system, having come from comprehensively playing in their club’s tactical system. Les Bleus would look to boost their morale with a positive result over Finland before the potential group decider against Portugal in the Nations League.

Finland, on the other hand, have blown hot and cold after sealing their place in the UEFA European Championships. Indeed, things have not been quite rosy in the Nations League, as the Huuhkajat are currently placed second in Group B4, albeit just a point behind table-toppers Wales, with two games left. The match against France will, therefore, be served as a warm-up for the ties coming.

France cruised to a 3-0 win over Finland the last time these teams locked horns, with Franck Ribery and Karim Benzema scoring for Les Bleus. Ahead of the latest meeting between the two sides, The Hard Tackle takes a closer look at the encounter.

Eduardo Camavinga is unavailable for France duty this month due to an injury. (Photo by Franck Fife/AFP via Getty Images)

Didier Deschamps is not a manager to tinker a great deal with his squad on a monthly basis and that is exactly the case with his latest selection. Only three players that made the cut in October are missing for France this time out.

Dayot Upamecano and Eduardo Camavinga are unavailable due to their respective injuries, while Ferland Mendy has been omitted by Deschamps. The France head coach will also have to make do without Nabil Fekir, who pulled out due to a hamstring complaint and his replacement Houssem Aouar has since withdrawn as well after sustaining a thigh injury.

As far as team selection is concerned, Deschamps seems to have zeroed in on the 4-4-2 featuring the midfield diamond as his preferred system and he should make use of the same formation versus Finland on Wednesday. Mike Maignan could get the nod in goal, with Hugo Lloris being rested for the bigger games to come.

In defence, Leo Dubois and Lucas Digne ought to line up as the two full-backs, with Kurt Zouma and Clement Lenglet pairing up at the heart of France’s defence. Up ahead in midfield, N’Golo Kante could be held back for the Nations League games, meaning Steven Nzonzi could start at the base of the diamond.

Adrien Rabiot and Moussa Sissoko will be the two workhorses running themselves into the ground in order to ensure France’s midfield dominance over Finland. The chief orchestrator for the hosts, though, will likely be Antoine Griezmann, who will once again look to revel in a central role for his national side.

Griezmann will play off Olivier Giroud and Marcus Thuram, who is set to make his debut for France after receiving his maiden call-up. Meanwhile, Kylian Mbappe will likely be rested for this one, with Deschamps proceeding with caution after drawing the ire of PSG manager Thomas Tuchel. 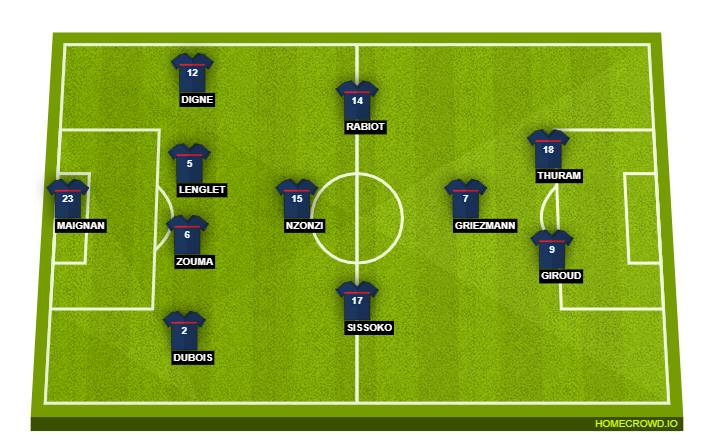 Unlike his counterpart in the France dugout, Markku Kanerva has made nearly half-a-dozen alterations to his most recent squad, although some of them have been forced upon him. The Finland head coach has already seen one of his players pull out, with Jukka Raitala withdrawing his name due to injury.

Kanerva has shuffled between the 3-5-2 and the 4-4-2 of late but after some positive results last month, it is likely that the Finland boss will stick with the 4-4-2 for now, with Lukas Hradecky an automatic pick between the sticks.

In front of Hradecky, Nikolai Alho is likely to come in on the right side of the defence, with Jere Uronen starting on the left flank. At the heart of Finland’s defence, Paulus Arajuuri and Joona Toivio are expected to be paired up.

Up ahead in midfield, captain Tim Sparv will likely have Rasmus Schuller for company in the central areas, with the duo looking to keep a check on Antoine Griezmann. Robert Taylor and Pyry Soiri will slot in on the flanks, with Teemu Pukki and Joel Pohjanpalo forming the strike partnership for Finland. 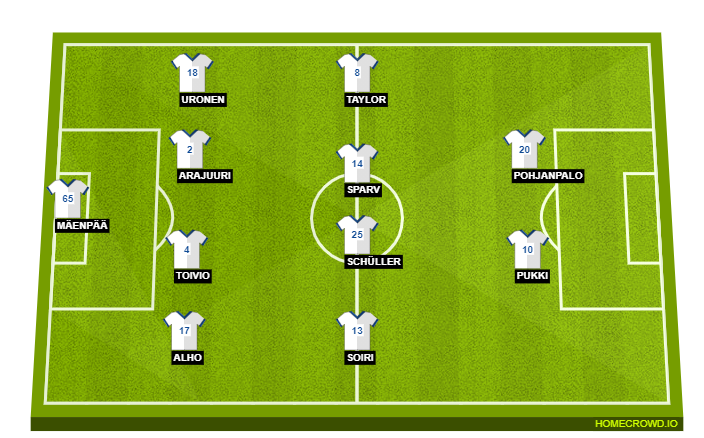 Man in form. (Photo by Ina Fassbender/AFP via Getty Images)

He has had to wait for quite some time, but Marcus Thuram has finally received his maiden call-up to the French national squad after being quite impressive for Borussia Monchengladbach for over a year now.

With competition for places being intense, none more so in attack, the 23-year-old needs to deliver at every opportunity he gets. This starts with Wednesday’s game, with Thuram expected to make his debut against Finland. Will the young forward make his chance count this month?

This one is likely to be a close one. Didier Deschamps will look to take the opportunity of the friendly setting to make some rotations and that should bring Finland into the game. But, the gulf in quality between France and Finland should be evident, despite France not being at full strength. Expect Marcus Thuram to impress on debut, guiding the hosts to a 2-1 win at Stade De France.