A place in the UEFA Europa League group stage will be on the line when FK Sarajevo host Celtic at Stadion Bilino Polje on Thursday.

The main draw of both the European club competitions are upon us, with the final hurdle being all that is left for prospective qualifiers to cross. One of the more intriguing contests in the UEFA Europa League play-offs will pit Celtic against FK Sarajevo, who will be the hosts at Stadion Bilino Polje on Thursday.

FK Sarajevo have had a reasonably strong start to the season. While Divovi were one of several hopefuls aiming to make it to the UEFA Champions League, they were unable to get past the second qualifying round and have dropped down to the Europa League play-offs. Here, Vinko Marinovic’s men, who are the leaders in the Bosnian Premier League, beat Buducnost Podgorica 2-1 to set up Thursday’s date with Celtic.

Celtic, like Sarajevo, were booted out of the Champions League qualifiers in the second round and are now hoping to get past Sarajevo after beating Riga last week. Back home, the Bhoys are unbeaten so far in the Scottish Premiership, and are behind rivals Rangers by just a point, having played a game less.

Sarajevo and Celtic faced off against each other as recently as last season, in the Champions League qualifiers, with Celtic winning home and away to record a 5-2 aggregate victory. Ahead of the latest meeting between the two sides, The Hard Tackle takes a closer look at the encounter.

Two more days until match against @CelticFC in Play-off round of UEFA Europa League. 🤩 #UEL #PlayOff

Vinko Marinovic does not have many pressing injury concerns hampering preparations ahead of his side’s latest fixture. Against Celtic on Thursday, the FK Sarajevo manager will be without just two first-team players, with Hrvoje Milicevic and Halid Sabanovic missing out for the hosts.

Marinovic likes to set his side up in a 4-2-3-1 formation more often than not, and the same should be the case against Celtic. Vladan Kovacevic ought to be deployed between the sticks for Sarajevo, who will need their goalkeeper to be at his best on Thursday.

In fact, Marinovic is unlikely to make any changes in front of Kovacevic, with Mirko Oremus and Selmir Pidro being the two full-backs while Amer Dupovac and Besim Serbecic pair up at the heart of the Sarajevo defence.

Tino-Sven Susic and Aleksandar Pejovic will likely form the midfield double pivot once again, with Dani Salcin expected to come in for Amar Rahmanovic in the no. 10 slot. Matthias Fanimo and Benjamin Tatar will provide the pace and explosiveness from the flanks, while Mersudin Ahmetovic will lead the line for Sarajevo against Celtic. 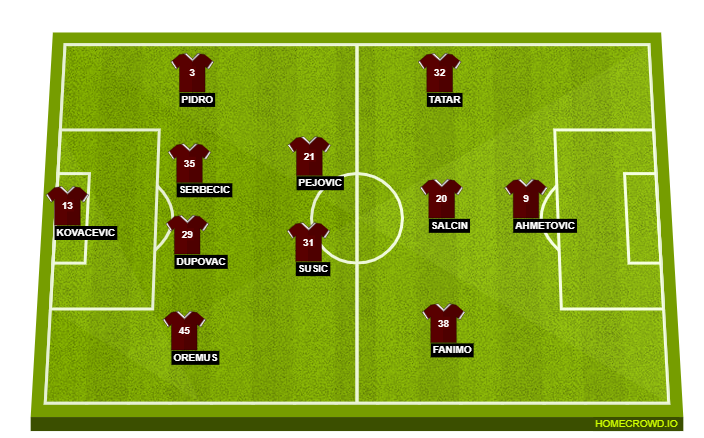 Unlike his counterpart in the FK Sarajevo dugout, Neil Lennon has a few important players struggling with fitness trouble ahead of his side’s latest fixture. On Thursday, the Celtic manager will be without three first-team players, with James Forrest, Mikey Johnston and Albian Ajeti unavailable.

However, there is some good news, as defender Christopher Jullien is available for the trip to take on Sarajevo. Lennon is expected to make use of the 3-5-2 formation, with Vasilios Barkas being the man in goal for the visitors.

In front of him, Shane Duffy, Kristoffer Ajer and Nir Bitton will form the three-man central defensive unit, which will have support from the wing-backs Jeremie Frimpong and Greg Taylor when Celtic are without the ball.

Callum McGregor, Ryan Christie and Scott Brown will be the three midfielders in the Celtic side, with Christie having more creative responsibility on him.  In the absence of Ajeti, Odsonne Edouard is a certain starter for Celtic in the strike partnership, where he will pair up with Mohamed Elyounoussi. 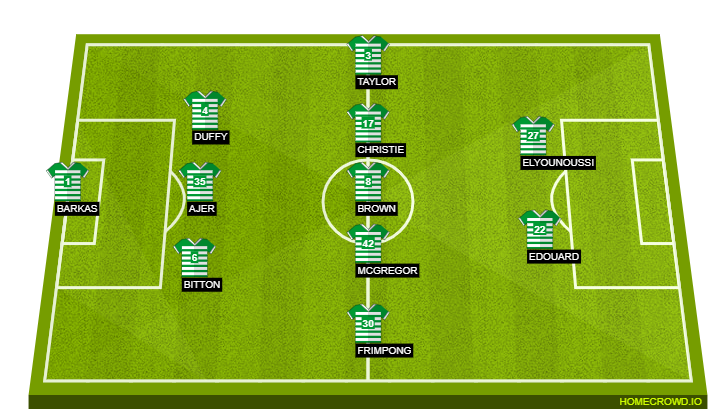 That bhoy is 🔥🔥🔥#CelticFC pic.twitter.com/4neKJmjU0d

This is a match that has plenty of players worth keeping an eye on. The one player, though, who stands out is Odsonne Edouard. The French striker has long been linked with a number of top clubs and has been a stalwart for Celtic in the past couple of seasons.

On Thursday, he will need to deliver the goods if Celtic are to reach the Europa League group stage. Will he produce an impressive display?

This one is a fixture that is far from straightforward to predict. Sarajevo have been on a decent run of form, but so have Celtic. Having said that, the one factor that differentiates the two sides is their solidity at the back, where the Bhoys have the advantage. With that in mind, The Hard Tackle is going with a 2-1 win for Neil Lennon & co.