AC Milan will aim to continue their perfect start to the season when they lock horns with Crotone at Stadio Ezio Scida on Sunday.

The games are continuing to come thick and fast all across Europe in what has been frantic start to the 2020/21 season. In Serie A, we are into Matchday 2 of the 2020/21 season, in what is the first full round of fixtures. There are five matches on show on Sunday, with AC Milan taking to the field against Crotone at Stadio Ezio Scida.

Crotone are back in Serie A after a hiatus of two seasons, beginning what is only their second ever campaign in the competition. The Pitagorici, though, are one of the favourites to drop right back down to Serie B at the end of 2020/21. Giovanni Stroppa & co. justified that outlook last weekend, after being comprehensively beaten 4-1 by Genoa.

AC Milan, on the other hand, were the form side in Serie A during the run-in last term, not losing a single game after football resumed in Italy. The Rossoneri’s unbeaten run continues to this day with Stefano Pioli’s men winning each of their three games in the 2020/21 season so far, the latest being a hard-fought 3-2 victory over Bodo/Glimt in the UEFA Europa League qualifiers.

AC Milan were comfortable 3-0 victors over Crotone the last time these teams clashed in a Serie A game at Stadio Ezio Scida, back in the 2017/18 season. Ahead of the latest game between the two sides, The Hard Tackle takes a closer look at the encounter.

Giovanni Stroppa does not have any fresh injury concerns hampering his preparations ahead of the visit of AC Milan. On Sunday, the Crotone manager will be without just three first-team players, with Guillame Gigliotti, Giuseppe Cuomo and Ahmad Benali all on the sidelines.

Stroppa lined his side up in a 3-4-1-2 formation last weekend against Genoa; and is expected to stick with it despite a forgettable start to their Serie A campaign. Alex Cordaz will be stationed between the sticks, with Lisandro Magallan, Luca Marrone and Vladimir Golemic expected to be deployed in the back-three that will protect the Crotone captain.

Andrea Rispoli should replace Antonio Mazzotta in one of the two wing-back slots, with Salvatore Molina keeping hold of his place on the right flank. The double pivot should feature Luca Cigarini and former AC Milan midfielder Nicolo Zanellato.

The duo will primarily be tasked with remaining compact, although Zanellato will also have the responsibility of transitioning forward smoothly. Finally, in attack, Junior Messias will play off the two strikers, with Simy and Denis Dragus expected to pair up in the final third. The trio will form a dynamic and mobile partnership in attack. 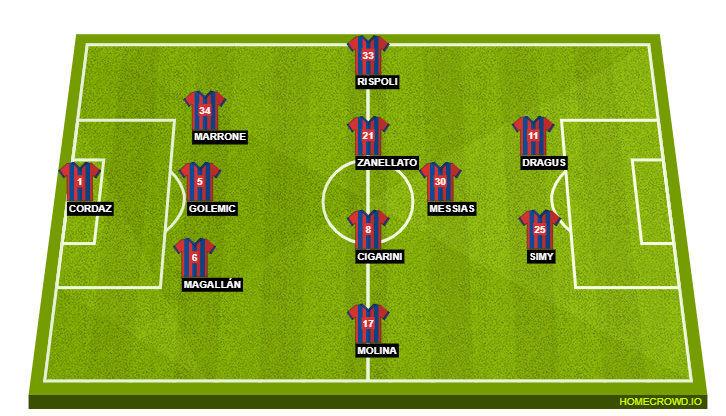 Unlike his counterpart in the Crotone dugout, Stefano Pioli has been hampered by a number of roster issues heading into this weekend’s encounter. The defence was already ravaged by injury issues to key members of the first-team squad and now, the AC Milan boss is bereft of the services of his marquee player.

Zlatan Ibrahimovic has contracted the coronavirus and will not be available for the trip to Crotone. Apart from the veteran striker, AC Milan will also be travelling without Leo Duarte, Andrea Conti, Mateo Musacchio and captain Alessio Romagnoli.

In the absence of Musacchio and Romagnoli, Pioli will deploy Matteo Gabbia and Simon Kjaer at the heart of the AC Milan backline. Davide Calabria is an obvious pick in the right-back slot, while there is no looking past the explosive Theo Hernandez on the opposite flank. In goal, Gianluigi Donnarumma picks himself.

Up ahead in midfield, Sandro Tonali is in line to make his first start since joining AC Milan in the summer transfer window. Tonali should provide company to Ismael Bennacer in the double pivot, with Hakan Calhanoglu being the creative supremo for the visitors.

Calhanoglu will be the glue that brings the AC Milan attack together, connecting with the two wide men, Samu Castillejo and Alexis Saelemaekers, with Ante Rebic expected to lead the line against Crotone in the absence of Zlatan Ibrahimovic. 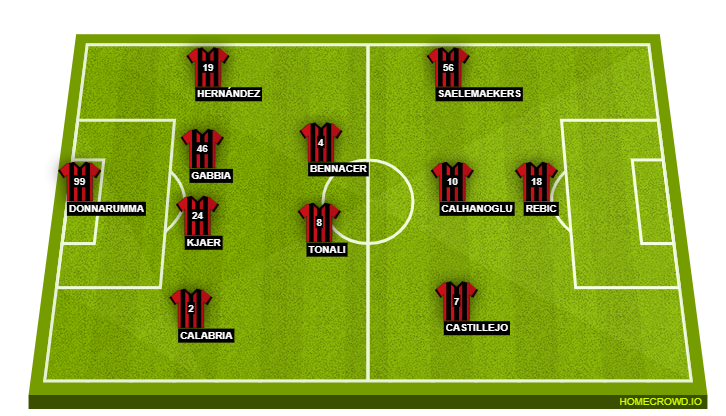 Last season, when AC Milan needed someone to step up in attack in the second half of the season, Ante Rebic raised his hand and delivered the goods on a consistent basis. After ending 2019/20 on a strong note, Rebic now needs to take his game to the next level in order to take Milan back to the UEFA Champions League.

With Zlatan Ibrahimovic sidelined for some time after contracting COVID-19, Rebic will have more responsibility on him to be the key man for the visitors. Will Rebic continue stepping up for AC Milan, when they take on Crotone on Sunday?

This one is one of the more straightforward predictions. Crotone did not look the part last weekend and their task only becomes more gargantuan when AC Milan pay them a visit on Sunday. On the other hand, there is very little stopping Stefano Pioli & co. presently and the same should be the case at Stadio Ezio Scida. The Hard Tackle, therefore, predicts a 3-0 win for the visitors.