UEFA Nations League holders Portugal will begin their campaign against Croatia at Estadio do Dragao on Saturday night.

Matchday 1 of the 2020/21 UEFA Nations League continues into the weekend, with the current holders set to kick off their campaign in the second edition of the tournament. Portugal will play hosts to Croatia in a Group A3 match-up at Estadio do Dragao on Saturday, hoping to begin their campaign on a winning note.

Portugal have continued being a consistent unit under the tutelage of Fernando Santos, rarely ending up on the wrong end of a result. 2019 was a memorable year for the Seleccao, who were triumphant in the maiden edition of the UEFA Nations League, beating Netherlands in the final last June. Fernando Santos’s men also successfully booked their place in the European Championships.

Croatia, on the other hand, were fairly solid in 2019, losing just two of their ten games. Like hosts Portugal, the Vatreni have secured their place in the postponed Euros, having topped their qualifying group. Zlatko Dalic’s men, though, were uninspiring in the 2018/19 Nations League, finishing at the bottom of their group before returning to League A due to a change in rules.

Portugal and Croatia played out a 1-1 draw the last time they locked horns with each other. And, ahead of the latest meeting between the two sides, The Hard Tackle takes a closer look at the UEFA Nations League encounter.

Cristiano Ronaldo is a doubt to feature for Portugal against Croatia due to a toe infection. (Photo by Petras Malukas/AFP/Getty Images)

Fernando Santos has made a raft of changes to the last squad he had picked, with as many as nine players being omitted from that group – the biggest name being Pizzi. The Portugal head coach has also seen one more player drop out, with Renato Sanches withdrawing from the squad due to an unspecified injury.

The big news heading into the game, though, surrounds the availability of Cristiano Ronaldo. The Portugal captain did not take part in training ahead of the game due to an infection on his toe. As a result, Ronaldo is a doubt heading into the game against Croatia. Meanwhile, new Barcelona player Trincao has been handed a maiden call-up and will be hoping to feature.

Santos is expected to name a strong starting lineup against Croatia, starting with Rui Patricio in goal. In front of the experienced goalkeeper, Portugal are expected to line up in a 4-3-3 formation, with Pepe and Ruben Dias forming the central defensive partnership, while Nelson Semedo and Raphael Guerreiro will be the full-back pairing for the hosts.

Up ahead in midfield, Danilo Pereira will sit at the base, playing the Anchor Man role in front of the backline. Danilo will likely be accompanied in the three-man midfield unit by Bruno Fernandes and Joao Moutinho, with Ruben Neves missing out. 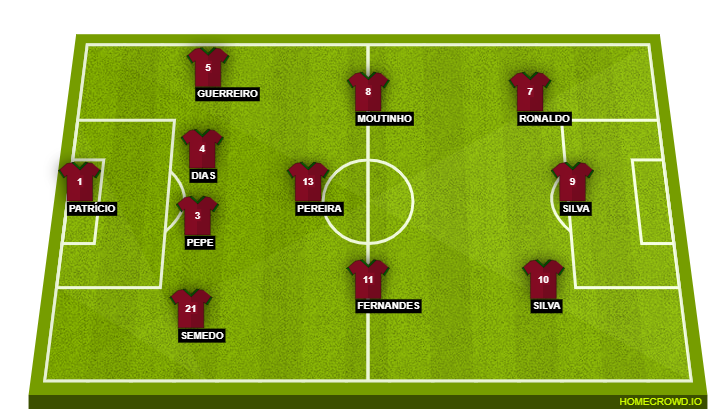 Zlatko Dalic has named four uncapped players in his 24-man squad, those being Ivo Grbic, Filip Uremovic, Ante Budimir and Antonio Colak. Much like his counterpart in the Portugal dugout, the Croatia head coach has made a raft of changes to the squad that last took the field for the visitors.

However, the major update coming from the Croatia camp is the withdrawal of captain Luka Modric and vice-captain Ivan Rakitic. The reason for the same has not been specified. Marin Pongracic will also play no part for Croatia against Portugal, after dropping out with an injury.

In the absence of Modric and Rakitic, who completed a move to Sevilla this week, Domagoj Vida will don the captain’s armband for Croatia. Vida will take his place at the heart of the defence along with long-time partner Dejan Lovren. Tin Jedvaj and Borna Barisic will be the two full-backs, with Dominik Livakovic being the man between the sticks against Portugal.

With Modric and Rakitic out of the squad, Dalic gets the chance to hand some crucial minutes to the likes of Mateo Kovacic and Mario Pasalic, who will likely join Marcelo Brozovic in the three-man midfield unit. And, in attack, Ivan Perisic and Ante Rebic will be the two wide men, with Andrej Kramaric leading the line for Croatia against Portugal. 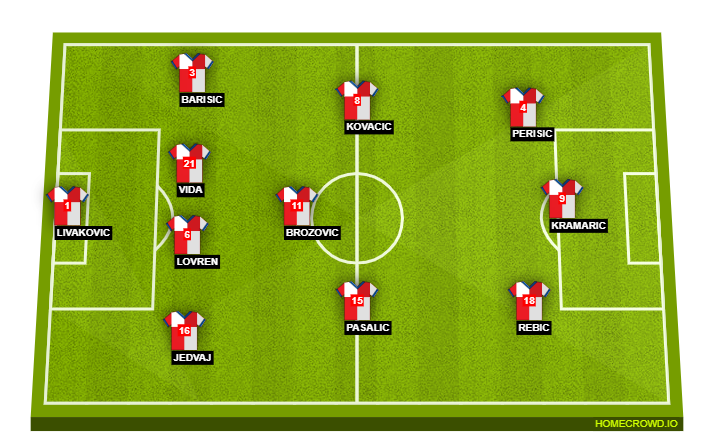 Bruno Fernandes will need to step up if Cristiano Ronaldo is absent. (Photo by Dean Mouhtaropoulos/Getty Images)

With Cristiano Ronaldo’s participation in doubt, someone will need to raise their hand up and deliver the goods for Portugal, in case the veteran forward is unable to start against Croatia. That player has to be Bruno Fernandes, the man in form in the Portugal squad.

At club level, Bruno Fernandes transformed the fortunes of Manchester United, who returned to the UEFA Champions League after a splendid second half of the 2019/20 season. He will need to step up the plate in a similar manner against Croatia, if Portugal are to begin the defence of their UEFA Nations League title on a strong note.

The final result in this game hinges heavily on Cristiano Ronaldo’s availability. If the Portugal skipper is fit and ready to start, then a weakened Croatia side could be set to continue their woes in the UEFA Nations League. If not, this could be a closely contested affair.

Despite the unavailability of Luka Modric and Ivan Rakitic, the Croatia midfield appears to be in a decent state, meaning we could be in for an engrossing affair. Expect Bruno Fernandes to make a statement, with Ronaldo notching up his 100th international goal, if he features.

The Seleccao also need to start off with a bang, seeing as they have been placed in a tricky Group along with France and Sweden, who will face off in the other Group A3 contest on Saturday. To that end, The Hard Tackle predicts a 2-1 win for Nations League holders Portugal.