Tottenham will aim to make it to the fifth round of the FA Cup when they host Southampton to the Tottenham Hotspur Stadium on Wednesday.

The last of the FA Cup fourth round replays will be played out on Wednesday, as the final fifth round participant is revealed. The only game on the day will be an all Premier League clash, as Tottenham welcome Southampton to the Tottenham Hotspur Stadium, with a place in the fifth round up for grabs.

Tottenham have not always found the going to be easy under Jose Mourinho, with the team struggling to stitch up a run of positive results. However, heading into this match, Spurs ought to be buoyed by their best result since Mourinho took charge, slogging it out to beat Manchester City 2-0 in the Premier League.

Southampton, on the other hand, have been one of the form teams in the Premier League over the last couple of months. However, the Saints have now failed to win each of their last two games, including last time out in the Premier League when they were handed a comprehensive 4-0 defeat by Liverpool.

The original fixture, played ten days ago at St. Mary’s, had ended in a 1-1 draw, with Sofiane Boufal scoring a late goal to cancel out Son Heung-min’s opener. Ahead of the latest meeting between the two sides, The Hard Tackle takes a closer look at the encounter.

Ben Davies is back in contention while Dele Alli faces a late fitness test to determine his availability. (Photo by Bryn Lennon/Getty Images)

Jose Mourinho has seen his squad’s injury concerns ease up ahead of the visit of Southampton. On Wednesday, the Tottenham manager will have only two first-team players remaining on the sidelines, with Moussa Sissoko (knee) and Harry Kane (hamstring) being long-term absentees.

Dele Alli is a doubt for the game after picking up a knock against Manchester City last weekend while Victor Wanyama, who has been recovering from illness, will also be assessed. Ben Davies is back in training after recovering from an ankle injury, but the FA Cup tie against Southampton will have come too soon for him.

Meanwhile, summer signing Steven Bergwijn, who was impressive in the win over Manchester City, is ineligible to feature, having not been registered for the original tie two weeks ago. With Bergwijn unavailable, Mourinho is likely to recall Erik Lamela, who ought to start on the right side of the Tottenham attack.

Son Heung-min will likely start on the opposite flank, with Lucas Moura being the focal point of the attack once again. Like he did in the original fixture, Mourinho should revert to the 4-3-3 formation with Eric Dier sitting at the base of the three-man midfield. Tanguy Ndombele and Gedson Fernandes provide Dier company in the middle of the park.

Ryan Sessegnon ought to replace Japhet Tanganga in the left-back slot, with Serge Aurier continuing on the opposite flank. At the heart of the Tottenham defence, Jan Vertonghen and Juan Foyth could come in, replacing Toby Alderweireld and Davinson Sanchez. Paulo Gazzaniga is expected to start between the sticks, affording skipper Hugo Lloris a rest. 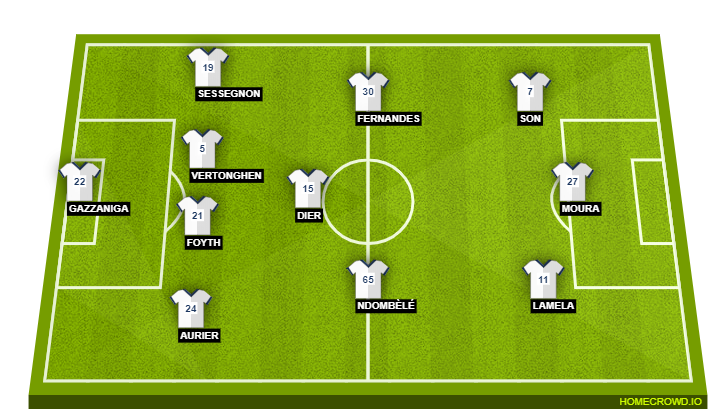 Unike his counterpart in the Tottenham dugout, Ralph Hasenhuttl only has no fitness issues to contend with ahead of the trip to the capital. The Southampton boss has a full-strength squad at his disposal ahead of the FA Cup fourth round replay.

Both Stuart Armstrong and Yan Valery have returned to training, but could be eased back into thick of action instead of being thrown into the deep end straight away. However, there could be a few rotations in order when Southampton take the field against Tottenham.

Angus Gunn is expected to be back in goal, replacing Alex McCarthy. There are likely to be a couple of changes in defence as well, with Kevin Danso and Jannik Vestergaard coming into the side in place of James Ward-Prowse and Jack Stephens. Vestergaard will have Jan Bednarek as his partner at the heart of the Southampton defence, with Ryan Bertrand being the left-back.

Sofiane Boufal should be rewarded for his goal in the original tie with a start, with the Moroccan being deployed on the right flank. The only other changes in the side will come in the strike partnership, with both Che Adams and Michael Obafemi getting rare starts. 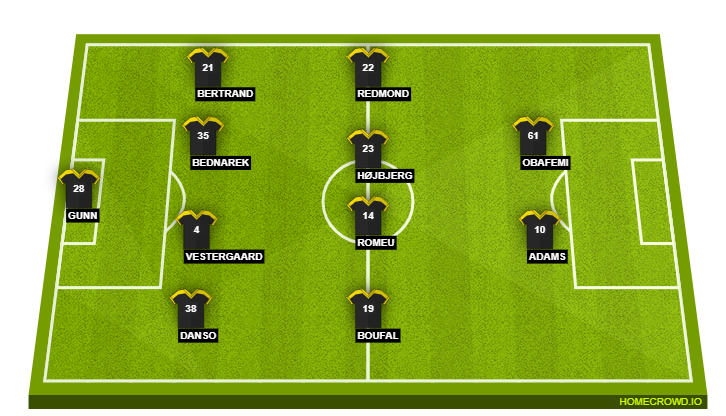 Over the course of his Tottenham career, Lamela has often promised a lot, but has not always delivered. Even this season, there have been instances when the Argentine has looked the part only to fizzle out later on.

With Steven Bergwijn joining the club on deadline day and impressing on debut, chances could soon be running out for Lamela to become a regular, seeing as the January signing already appears to be ahead of him in the pecking order.

Therefore, Lamela could use the FA Cup tie against Southampton to make an impression on Jose Mourinho and force his way back into the reckoning. A big night for the 27-year-old.

This is not an easy game to predict. Tottenham should be in high spirits following a tremendous win over Manchester City which showed their resolve and clinical touch. Southampton, on the other hand, will be hurting after a big loss to Liverpool.

Tottenham have often failed to back up a win with another victory under Jose Mourinho and a sluggish performance might be on the cards, especially with Southampton likely to tighten up at the back.

Expect a tightly contested affair for the most part. However, Tottenham ought to have enough quality to just about edge their visitors, which is why The Hard Tackle predicts a 2-1 win for Jose Mourinho & co.