Belgium begin their World Cup campaign against Panama as the Red Devils will be looking to start on a winning note and kick-start their tournament.

Belgium are the favourites to advance from their group and begin their much anticipated World Cup campaign against Central American side, Panama. Belgium will have a point to prove this time and show this team has finally come of age to win a major tournament and put their doubters in place big time.

Panama, on the other hand, have an uphill battle on their hands to prove they could upset some of the well-established teams in their group and try as hard as possible to advance. They do have to face the likes of England and Tunisia after the Belgium game, but a positive start could do wonders for any team like Panama.

If a rampaging qualifying campaign was a showcase of their talent, winning this group hands down would be their first objective in Russia. While the Panama clash does not offer a stern test, a win will help them measure their preparation leading to this game as well as the World Cup.

Roberto Martinez dared to leave some of the seasoned players out of the final 23-man squad for the tournament but is likely to keep faith with his consistent performers who featured during the qualifiers. With his squad selection solely based on the attacking nature of his side, Martinez will select a team likewise.

Radja Nainggolan was a high profile exclusion by roberto Martinez when he announced the final Belgium squad for the World Cup. (Photo courtesy: AFP/Getty)

Martinez will stick with his three-man defence system with Yannick Carrasco and Thomas Meunier playing as wing-backs. Axel Witsel and Kevin de Bruyne are set to take up the central midfield berths in support of a top class trio of attackers.

The injury to Vincent Kompany will likely make way for Dedryck Boyata in central defence, and there will be starts for Tottenham pair Toby Alderweireld and Jan Vertonghen at the back. Martinez will heavily rely on their attacking trio of Eden Hazard and Dries Mertens who will be looking to support central striker Romelu Lukaku ably.

Hernan Gomez has selected his best squad ahead of the world cup. Presently the only concern in the side is with central defender Roman Torres, who is carrying a knock coming into the Belgium game. However, the latest on him is that he could yet start Panama’s first game.

Hernan Gomez will be looking to keep it tight at the back for Panama with a five-man defence line. His conservative approach is keeping in mind the potential of Belgium’s attackers. Jaime Penedo will start between the post for the Central Americans, while Escobar, Torres and Machado will lead the central defensive line for them.

The manager will likely have a four-man midfield to combat the threat of Belgium’s midfielders and start attacks against their defence. Finally, Gabriel Torres will take on the central striking role for Panama and take a load of responsibility for his team when it comes to delivering goals. 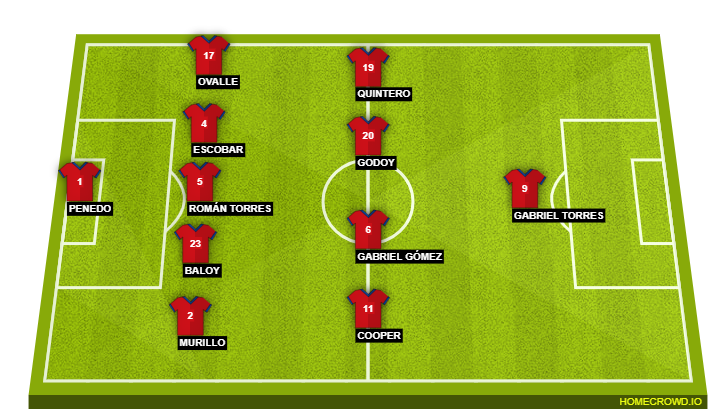 All eyes will be on Eden Hazard during Belgium’s clash with Panama. (Photo courtesy: AFP/Getty)

Belgium have had plenty of time to prove their actual quality on the pitch, with the footballing world now demanding a complete performance from them at the World Cup. Eden Hazard is their talisman in attack and will have to take up more responsibility in Russia. If Belgium are to progress, a lot will depend on the Chelsea man.

Hazard will come into the game full of confidence, having had an impressive qualifying campaign to date. His presence will support Dries Mertens and Romelu Lukaku to play a significant role in getting the all-important goals for the team, starting against Panama.

The odds are apparently in favour of Belgium heading into this game. The quality of the Red Devils will prove too much to handle for the Central Americans in this clash. The presence of high profile names in every area of the pitch for Belgium will be enough to see them through and win against Panama comprehensively.

On the other hand, Belgium will have their focus fixed on the clash against England which could be a potential decider for the group winner later on. To be in a good position, Martinez would be adamant for wins against teams like Panama and Tunisia, while very well knowing these points could come in handy to finish top of the group.