Barcelona will aim to extend their club-record unbeaten run in the league when they host Athletic Bilbao at Camp Nou on Sunday.

Two sides with contrasting runs of form of form meet each other as Matchday 29 of La Liga continues on Sunday. Barcelona will be looking to continue their record chasing unbeaten run in the league when they welcome Athletic Bilbao to Camp Nou.

The hosts have largely been imperious in the league this season as they chase the record unbeaten run in La Liga, set by Real Sociedad in 1980. Ernesto Valverde’s men are just three behind La Real’s mark, and will be buoyed this weekend, having sealed their place in the Champions League quarter-finals with a midweek win over Chelsea.

Athletic Bilbao, on the other hand, crashed out of Europe in the midweek, losing 2-1 to Marseille at San Mames. Their fortunes in the league haven’t been much better either, with the Basque club currently 12th on the table, although they did win their last game in the league.

The reverse fixture, played back in October at San Mames, saw Bilbao provide a tough fight to Barcelona before the visitors ran out 2-0 winners. Ahead of their latest  meeting, The Hard Tackle takes a closer look at the encounter.

Ernesto Valverde has to contend with fresh roster problems ahead of the visit of Athletic Bilbao. On Sunday, the Barcelona boss will be without four first-team players due to injuries and suspension.

Sergio Busquets is the latest player on the treatment table after sustaining a toe injury in the win over Chelsea. The Spaniard has joined Nelson Semedo (hamstring) and Denis Suarez (groin) on the sidelines. Luis Suarez misses out as well, with the Uruguayan striker suspended after he picked up his fifth booking of the season at Malaga last week.

Paco Alcacer is likely to fill the void left by Suarez, with the Spanish striker lining up alongside Lionel Messi, who should return to La Liga action after missing the win over Malaga due to the birth of his son. But, it is Busquets’ absence that provides Bilbao a slight sniff in the match.

Ivan Rakitic is likely to assume the role of the holding midfielder in his stead, with Valverde turning to the versatile Croat to use his work-rate to good effect in the middle of the park. Meanwhile, Philippe Coutinho is expected to replace Andres Iniesta in the starting lineup, with the Barcelona captain not fully fit.

Ousmane Dembele should look to continue his recent upturn in form, having scored his first goal in Barcelona colours in the midweek. Alongside Coutinho, the Frenchman will provide the creative nous, especially with Rakitic assuming a more defensive role.

Jose Angel Ziganda, too, has a number of injury concerns to deal with before making the trip to Camp Nou. Against Barcelona on Sunday, the Athletic Bilbao boss will be without as many as five first-team players due to various fitness problems.

Yeray Alvarez is the latest player to pick up an injury, with the Spaniard sustaining a hamstring strain in the loss to Marseille. Mikel Balenziaga (muscle injury), Iker Undabarrene (cruciate ligament), Mikel Rico (hamstring) are the other players on the treatment table. Iker Muniain has returned to training, but the game has come too soon for him.

The key area for the visitors will be a defensive unit that has shown a lot of promise, but has also flattered to deceive all too often. Unai Nunez and Inigo Martinez, who have both been linked with Barcelona in recent months, will need to show that the talk about their respective potentials isn’t just that, and shore up the backline. 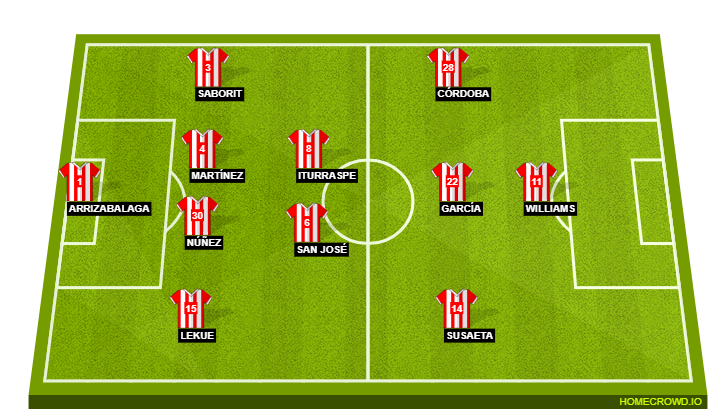 All through the season, Kepa, heralded as the next big thing in Spain’s rich goalkeeping heritage, was a subject of intense speculation. But, having pledged his future to Athletic Bilbao, the youngster needs to deliver on a consistent basis, something that hasn’t exactly been the case this season.

The game against Barcelona offers him to enhance his stature further, and a good showing will only help his case for a ticket to Russia. In the shorter term, a solid outing could help Athletic in their bid to make a late tilt for the Europa League spots.

Sunday’s early evening game sees two sides with contrasting fortunes this season go against each other. There has been very little stopping Barcelona, while Athletic Bilbao have looked anything like the side that qualified for Europe last season.