La Liga action resumes this weekend with Matchday 28. On Saturday, a David vs Goliath clash would see league leaders Barcelona visit La Rosaleda to take on rock-bottom Malaga, who are the favourites for the drop come the end of the season.

The hosts have been struggling right from the onset of the season, with just three wins from their 27 games. Rock-bottom with just 13 points, they are a massive eight points adrift of safety. Winless in their last twelve outings, Malaga’s last success came three months ago when they beat Real Sociedad.

In heavy contrast to the hosts’ fortunes, Barcelona are eight points ahead on top of the table, with their nearest rivals being Atletico Madrid. Los Rojiblancos fell further adrift of Ernesto Valverde’s men last weekend when they narrowly lost 1-0 in the top-of-the-table meeting.

The reverse fixture, played at Camp Nou back in October, saw Barcelona cruise to a 2-0 win despite not playing at their best. Ahead of their latest meeting on Saturday, The Hard Tackle takes a closer look at the encounter.

Jose Manuel Gonzalez Lopez has a few injury concerns to deal with ahead of the daunting visit of Barcelona. On Saturday, the Malaga boss could be without as many as four first-team players due to various fitness problems.

Juan Carlos Perez Lopez (cruciate ligament rupture), Recio (knee) and Adalberto Penaranda Maestre (hamstring) will definitely miss out. Federico Ricca (rib) and Keko (leg) are off the treatment table, but are doubtful for the game owing to their uncertain fitness situation.

Meanwhile, Luis Hernandez and Ignasi Miquel will have the unenviable task of keeping the formidable strike partnership of Lionel Messi and Luis Suarez at bay. In front of the central defensive duo, Manuel Iturra and Mehdi Lacen will sit in the middle of the park to cut off Barcelona’s supply line.

The key man in attack though, will be Gonzalo Castro, who will look to provide a pacy outlet out wide. Borja Baston and Diego Rolan should make up the two-pronged strike partnership that will aim to end Malaga’s recent scoreless streak at home. 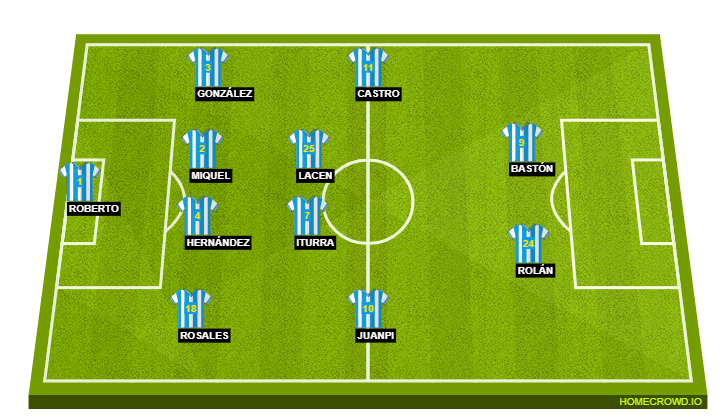 Ernesto Valverde has fresh injury concerns on his hands following his side’s midweek Supercopa de Catalunya win over Espanyol. On Saturday, the Barcelona boss could be without as many as three first-team players.

Denis Suarez sustained a groin injury in the game and will be sidelined for up to three weeks. Nelson Semedo is on the treatment table as well as he continues recovering from a hamstring injury. Andres Iniesta is struggling with a hamstring strain as well, and is likely to be rested for the Champions League tie against Chelsea.

In his stead, Philippe Coutinho should start in midfield, with the Brazilian cup-tied in Europe. Apart from Iniesta, Gerard Pique might be rested as well as the veteran defender continues dealing with a niggling knee problem. Thomas Vermaelen should take his place in the starting lineup.

In midfield, Paulinho might get a run against the bottom feeders, providing him a chance to find some form. Upfront though, Lionel Messi and Luis Suarez are unlikely to be on the sidelines, and the duo will look to continue their recent formidable form.

After a remarkable start to his Barcelona career, things have gone pear shaped for Paulinho. The drop in form has prompted Ernesto Valverde to rotate the Brazilian more often, and things have failed to improve much in recent weeks.

His trademark driving runs from midfield gave vanished into thin air and he has also become more reckless in his defensive duties. Against Malaga though, Paulinho will have the chance to find some form in front of the worst side in La Liga, and he will have to grab this chance with both hands to become a key figure in the season’s run-in.

It’s first vs last in La Liga on Saturday as Barcelona aim to continue their unbeaten league run. On paper, this is an uneven match-up with the gulf in class between the two squads being huge, but Malaga have often been a tough nut to crack for the Catalans.

The Andalucians should make a spirited start to the game, but the form of Lionel Messi and Luis Suarez is undeniable, which should see Barcelona make short work of their hosts ultimately. The Hard Tackle predicts a comfortable 3-0 win for Ernesto Valverde & co.