Liverpool will look to resume their Champions League campaign on a winning note when they travel to Dragao to take on FC Porto on Wednesday.

The second batch of the Round of 16 first leg ties continue on Wednesday as clubs continue to return to European action. FC Porto will be aiming to continue their strong home form when they play hosts to a resurgent Liverpool side at Estadio do Dragao.

Porto have been imperious in domestic competitions this season, with the hosts one of the few remaining sides in Europe that are yet to lose a single league game, warming up for Wednesday’s tie with a 4-0 win over Chaves last weekend. Sergio Conceicao’s men progressed to the Round of 16 by finishing runners-up in Group G.

Liverpool, on the other hand, do not stand a chance at winning any domestic competition this season, but have shown signs of positive form heading into the trip to Portugal. The Reds progressed to the knockout stages by clinching top spot in Group E ahead of Sevilla.

The two sides last met in the Champions League group stage 11 years ago, with Liverpool cruising to a 4-1 win. Ahead of their latest meeting on Wednesday, The Hard Tackle takes a closer look at the encounter.

Sergio Conceicao has a few injury concerns to deal with ahead of the visit of Liverpool for the crucial European fixture. On Wednesday, the Porto boss could be without as many as five first-team players due to various fitness concerns as well as suspension.

The biggest concern surrounds the availability of star striker Vincent Aboubakar. The Cameroonian striker has been battling hard to recover from a muscle injury, but missed training once again on Tuesday, meaning his participation is shrouded in doubt.

If he fails to recover in time, Tiquinho should continue upfront alongside Moussa Marega as the strike partnership. The others who are doubtful for the game are Danilo, Andre Andre and Ivan Marcano, although the latter has made himself available. Felipe is suspended for the tie.

Apart from the strikers, the midfield duo of Hector Herrera and Oliver Torres will hold key for the hosts, with both players responsible for breaking up the Liverpool attacks in midfield before initiating their own side’s counter-attack. At the back, the marauding runs of Alex Telles and Ricardo Pereira will be key. 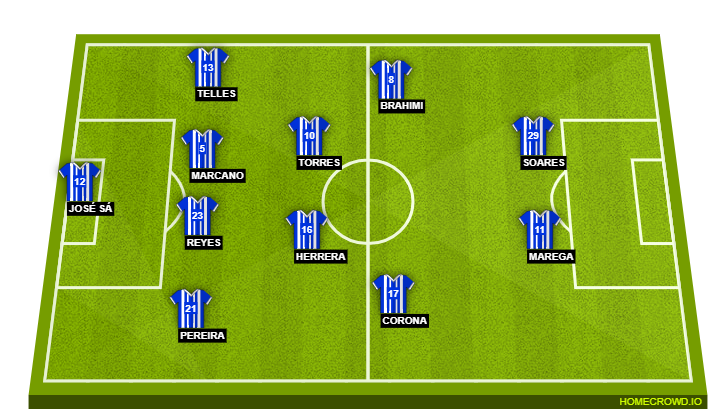 Jurgen Klopp has just one pressing roster issue on his hands, with Emre Can unavailable for the Porto game. In his absence, captain Jordan Henderson is expected to be restored into the starting lineup, playing as the anchor man in front of the back-four, with James Milner and Georginio Wijnaldum for company in midfield.

The trio is expected to start so as to keep things simple in the middle while creating overloads to stifle any possible Porto attacks down the middle. At the back, Nathaniel Clyne continues to be unavailable, although he has traveled for the post-match camp, having stepped up his rehabilitation from back injury.

Joe Gomez’s availability is doubtful as he continues to struggle with a knee injury, meaning the high flying Trent Alexander-Arnold is likely to start as the right-back. Alongside him, Virgil van Dijk is set to make his Champions League debut for Liverpool, with Dejan Lovren expected to partner him at the heart of defence.

Upfront, all eyes will again be on the dynamic duo of Roberto Firmino and Mohamed Salah, who have been tormenting defences in recent weeks. But, Klopp will hope Sadio Mane can rediscover his best form too, in order to drive the Reds towards victory.

Alex Telles is a player who is slowly starting to establish his name as a reliable left-back in Europe. On Wednesday though, he will have the unenviable task of stopping the in-form Mohamed Salah, while also driving forward to test a suspect Trent Alexander-Arnold on the other end of the pitch.

But, a lot will depend on his personal duel with Salah, and if he is able to neutralise the threat of the Egyptian, Porto can think about taking a big step in sealing their progression into the next round.

Two former Champions League winners lock horns on Wednesday in what should be an under-the-radar mouthwatering contest. Porto have been one of the strongest sides at home in all of Europe this season, with only Besiktas managing to get the better of them at Dragao.

In Liverpool, they face their biggest test yet at home, and the in-form duo of Roberto Firmino and Mohamed Salah should definitely have a say in the maters. But, Porto will definitely not be pushovers, and if Vincent Aboubakar is able to somehow start, then the hosts should be the favourites. We predict a draw, although one where both teams manage to get themselves on the scoresheet.