Tottenham will look to clinch a belated progression into the fifth round of the FA Cup when they host Newport County at Wembley on Wednesday.

The FA Cup fifth round participants will be finalised this week following the replays of the drawn fourth round fixtures. On Wednesday, Tottenham will be hoping to avoid a shock loss against lower league opposition when they host Newport County at Wembley.

Spurs are unbeaten since the turn of the year, although they have drawn as many games that they have won – four each. One such draw came in the original fourth round tie at Rodney Parade as minnows Newport managed to hold Mauricio Pochettino’s men to a 1-1 draw.

Newport, on the other hand, have failed to win any of their last four games, losing both matches following the Tottenham draw. But, the League Two outfit would be hoping to do a repeat of their shock 2-1 win over Leeds in the third round, this time against a top flight team.

As iterated earlier, the original match ended in a 1-1 stalemate, when Tottenham needed a late Harry Kane equaliser to save their blushes. Ahead of the replay on Wednesday, The Hard Tackle takes a closer look at the encounter.

Mauricio Pochettino’s injury woes have eased up completely, with no player left on the treatment table ahead of the visit of Newport. On Wednesday, the Tottenham boss will be without just one first-team player, with Lucas Moura ineligible to feature as he was not registered for the initial tie.

But, despite the stakes of the game as well as having a near full-strength squad at his disposal, Pochettino is expected to rotate heavily on Wednesday, considering his side plays Arsenal in two days’ time in a crucial North London derby.

There should still be some big names in the lineup though, with the match likely to serve as Toby Alderweireld’s return to action after missing the last three months due to a hamstring injury. Danny Rose is likely to start as well after shrugging off his own long-term injury.

Other than the two though, fringe players like Moussa Sissoko, Fernando Llorente and Juan Foyth should be deputising in various positions. The focus on the defensive side of things though, should remain the same, although Spurs are likely to be more direct going forward, with the pace of Erik Lamela and Sissoko.

Michael Flynn does not have any roster issues to contend with either, ahead of his side’s biggest game of the season. The only player who does not stand a chance of making the field is Sean Rigg, after he left the club by mutual consent.

With a full-strength squad to choose from, Flynn should name his strongest side, with Joss Labadie leading the side. The Newport captain will be in charge of marshalling his troops from the deep lying midfield role, with the player looking to organise both defence and midfield.

Flynn, though, is likely to instruct his charges to play just as they did in the first leg and take the game to Tottenham, if they are to harbour giant killing hopes. Defensively, the visitors will have to remain on their toes and be careful of Spurs’ direct approach, with Joe Day expected to be a busy man in goal. 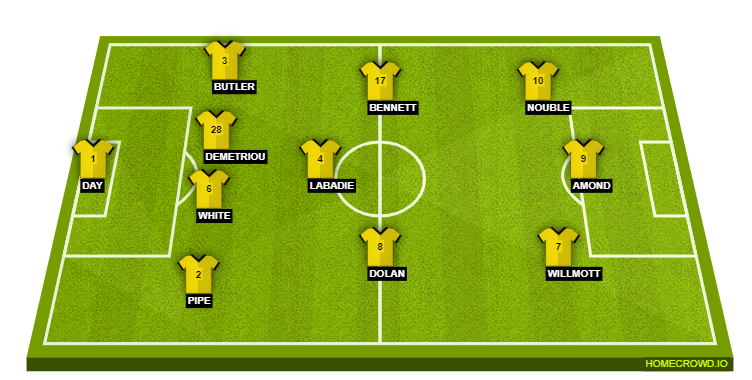 Under the tutelage of Mauricio Pochettino, Tottenham have been known as much for their defensive solidity as their expansive style of football. But, the bulk of the credit for that needs to be attributed to Toby Alderweireld’s presence at the heart of defence.

Indeed, in his absence over the last three months, Spurs just haven’t been as solid defensively, making his return to action a major positive, heading into the crucial stage of the season. On Wednesday, the Belgian defender will have the opportunity to get some important minutes under his belt, and one can hope to see Tottenham back to their very best at the back.

After producing one of the biggest shocks of the season in the original tie, Newport will have another Herculean task, this time to stop Tottenham at their “home”. But, this one might just be an obstacle too high to overcome, with Tottenham looking imperious at home in recent weeks.

Mauricio Pochettino is likely to rotate heavily on Wednesday, but the gulf in quality should still be high enough for the hosts to come through unscathed. You never know in cup games though, although we do predict a 2-0 win for Tottenham to confirm their progression into the fifth round.