For a third successive week, Spanish football fans will be greeted by a Catalonia derby. Local rivals Barcelona and Espanyol will meet for the fourth time this season, and the third time in the last one month when the Periquitos host the league leaders at the RCDE Stadium on Saturday.

Espanyol’s recent run of results symbolises their inconsistent form all season long, with a four-match unbeaten run overturned by a three-game losing streak. The latest – a 3-2 loss to Leganes – has dropped them to 14th on the La Liga table ahead of the gameweek, although they are a comfortable seven points clear of the relegation zone.

There have been no such troubles for Barcelona, who are yet to lose a league game this season, although their only defeat of the current campaign came at the hands of Espanyol in Copa del Rey last month. In La Liga though, Ernesto Valverde’s men are flying high, with their nearest rivals 11 points adrift.

The reverse league fixture involving the two sides, played back in September, ended in a comfortable 5-0 win for Barcelona, with Lionel Messi the hat-trick hero. Ahead of their latest meeting on Sunday, The Hard Tackle takes a closer look at the encounter.

Quique Sanchez Flores does not have many pressing injury concerns to deal with ahead of the visit of Barcelona. On Sunday, the Espanyol boss will be without just three first-team players, with two of those being long-term absentees.

Adrian Lopez (knee) and Jairo Morilla (Achilles) will definitely miss the encounter due to their long-term injuries. Sanchez Flores is only sweating over the fitness of Pablo Piatti, who is recovering from a muscle injury and is a minor doubt for the hosts.

There could be a league debut for Colombian midfielder Carlos Sanchez, who joined the Catalans on loan from Fiorentina for the rest of the season. The 31-year-old could join Javi Fuego in the middle of the park to shore up midfield and create a pivot to kill off the half space for Andres Iniesta and Lionel Messi.

David Navarro will have the unenviable task of negating the threat of Jordi Alba, who will look to link up with Messi and Iniesta down the left flank. Gerard Moreno will be the key man on the other end of the pitch, with the Spaniard he focal point of the Espanyol attack that will need to be clinical on the night. 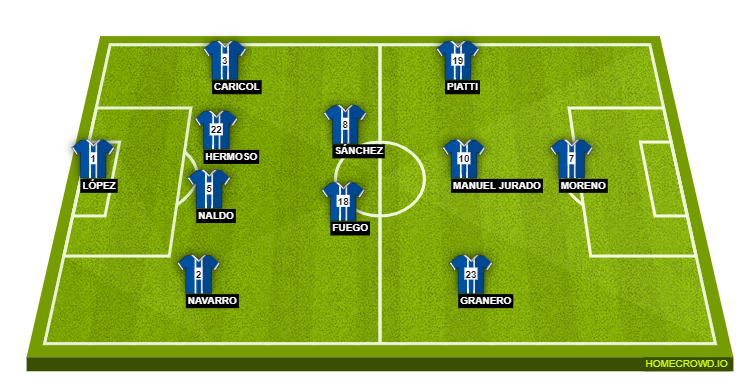 Ernesto Valverde, like Quique Sanchez Flores, does not have a lot of roster issues hampering his preparations for the short trip to the RCDE Stadium. Ahead of Sunday’s encounter, the Barcelona boss will be without just two first-team players.

Ousmane Dembele and Thomas Vermaelen are both recovering from their respective hamstring injuries, and the duo are sidelined till at least the end of the month. But, the pair’s absence isn’t causing Valverde any major concerns, with ample cover for both.

In defence, Samuel Umtiti’s return means the Frenchman will lineup alongside Gerard Pique at the heart of defence, with January signing Yerry Mina another option. Nelson Semedo and Jordi Alba should be the full-backs, who would look to provide a pacy outlet from the wide areas.

The main creative outlet will come through the middle though, with Andres Iniesta, Philippe Coutinho and Lionel Messi the main men looking to set up the chances for Luis Suarez. Paulinho will also be a key man in midfield with his driving, purposeful runs towards the opposition box.

After a belated debut for his new side, Philippe Coutinho has been eased into the scheme of things by Ernesto Valverde. After another appearance off the bench against Valencia, it now looks as if the time has come for the Brazilian to shine in his new stomping ground.

His arrival has boosted Valverde’s creative options, taking some of the burden off Lionel Messi’s shoulders. It is now up to Coutinho to step up to the plate and establish himself as a key component for Barcelona, starting with the game against his former side.

Another week, another game when fans in Catalunya will get to feast their eyes on a local derby that has been quite keenly contested this season. Honours were shared in last month’s Copa del Rey meetings, although Barcelona ended up triumphing on aggregate. But, Espanyol can take heart from their win at the RCDE Stadium.

Having said that, goals have come at a premium for Los Periquitos, who have also lost each of their last three games. So, it will take a special effort for Quique Sanchez Flores’ men to topple their illustrious rivals, who are playing some efficient football. The Hard Tackle predicts a 3-1 win for Barcelona.