Barcelona will look to overturn the quarter-final first leg deficit and advance to the semi-finals of Copa Del Rey when they host Espanyol at Camp Nou on Thursday.

The quarter-finals stage of the Copa Del Rey reaches its climax on Thursday at Camp Nou. Barcelona have it all to do in the second leg of their Last Eight tie against Espanyol, aiming to overturn a one-goal deficit to beat their local rivals on Thursday.

The aforementioned loss last week in the first leg brought an end to the Blaugrana’s unbeaten run from the start of the season, although they are yet to lose in league and Europe. Ernesto Valverde’s men though, quickly bounced back from the derby disappointment to beat Real Betis last weekend.

Espanyol, on the other hand, saw their mini unbeaten run come to an end last weekend, when they faced a heavy 3-0 loss to Sevilla at the RCDE Stadium. But, they would be fancying their chances in the King’s Cup.

The first leg, played last weekend at the RCDE Stadium, ended in a 1-0 win for Espanyol courtesy an Oscar Melendo strike. Ahead of their latest meeting on Thursday, The Hard Tackle takes a closer look at the encounter.

Ernesto Valverde does not have many pressing injury concerns ahead of the visit of Espanyol. On Thursday, the Barcelona boss will be without just two first-team players, with both Thomas Vermalen and Samuel Umtiti on the treatment table due to hamstring injury. Gerard Deulofeu and Denis Suarez have been left out of the squad for unknown reasons.

But, there is some good news, with Yerry Mina and Philippe Coutinho included in the matchday squad for the first time since joining the club earlier this month. Paco Alcacer and Andres Iniesta have also made the squad after recovering from their respective injuries.

Neither of the summer signings are expected to start though, with Valverde only expected to ease them into the side. But, one can expect the Barcelona manager to give them their debuts off the bench, should the hosts be in a promising situation in the match.

Meanwhile, the in-form duo of Lionel Messi and Luis Suarez should start in a strong side, and the duo will be the key players for Barcelona, who will look to play their free flowing brand of football while remaining solid at the back. The latter should be aided by Samuel Umtiti’s return to fitness.

Quique Sanchez Flores has a few injury concerns to deal with ahead of the short trip to Camp Nou. On Thursday, the Espanyol boss will be without as many as four first-team players due to various injuries.

Adrian Lopez is a long-term absentee due to a knee injury. The likes Jairo Morilla (Achilles), Jose Manuel Jurado and Pablo Piatti are certain absentees as well, albeit in the short-term. Sanchez Flores is also sweating over the fitness of Javi Fuego, although he is likely to feature.

Los Periquitos, meanwhile, will focus primarily on keeping the hosts quiet by shutting of space through the middle while also restricting the impact of Jordi Alba and Sergi Roberto from the wider areas. Lionel Messi could also have two (or more) men marking him.

On the other end of the pitch, the Espanyol manager is likely to adopt a counter-attacking approach to take the Barcelona high line by surprise. They will need to be clinical in order to stand any chance of winning the tie. 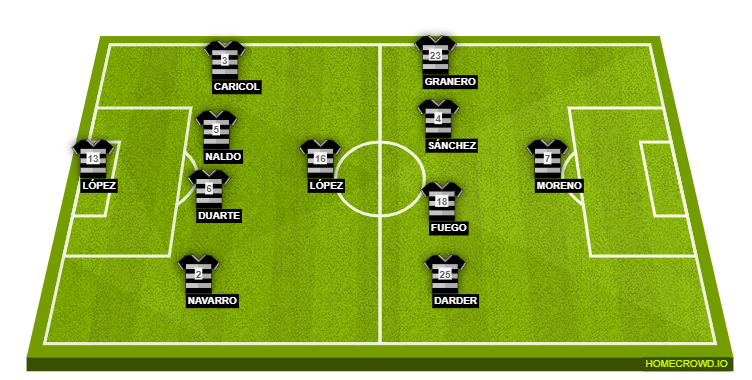 The long wait is finally over for Philippe Coutinho, who looks set to make his Barcelona debut on Thursday. After recovering from a thigh injury, the Brazilian has been picked in the matchday squad by Ernesto Valverde, and he can be expected to feature in the second half at the very least, even if he doesn’t start.

With the match likely to be a feisty one, his creative abilities from midfield will come in handy and take some burden off Lionel Messi, who could then focus on putting the ball in the back of the net. One thing’s certain though, exciting times lie ahead of Coutinho, who will likely realise his dream on Thursday.

Barcelona will look to make things right on Thursday and undo the effects of their first loss of the season. Espanyol should expect a barrage of shots from the Blaugrana, and they are unlikely to keep all of them out. With Lionel Messi and Luis Suarez looking unstoppable at the moment, it really is hard to look past Barcelona in this one.

It shouldn’t be a rampaging win though, with Barcelona needing to win by a couple goals to advance to the semi-finals. Real Madrid’s loss on Wednesday would also provide a spring in their step and we predict a 2-0 win for Ernesto Valverde & co.