A high-flying Tottenham side travel to Liberty Stadium to take on Swansea City, looking to kick off 2018 on a positive note.

Mauricio Pochettino’s side have plundered 8 goals in their last two outings and would be looking to add to that tally when they take on rock-bottom Swansea City on Tuesday evening. A first win in 2018 could see them climb back up to 5th on the Premier League table, leapfrogging Arsenal in the process.

Swansea City, on the other hand, are sitting at the bottom of the table. Despite winning their last league game against Watford, courtesy a 90th minute strike by Luciano Narsingh, Carlos Carvalhal’s side have found it difficult to find the back of net, scoring just 7 times in their last 12 league appearances.

The reverse fixture, earlier in the campaign, ended in a goalless stalemate as Swansea frustrated Spurs at Wembley. Ahead of their latest meeting on Tuesday, The Hard Tackle takes a closer look at the encounter.

Tottenham could be without star striker Harry Kane, who’s had some problem with cold in the last few days. The England International has been in superb form this season, scoring 18 goals and is the Premier League top scorer currently, and his importance to Mauricio Pochettino can’t be overstated.

He’s the go-to guy for the Tottenham boss, scoring six of the last eight goals scored by the North London club. Should he be unable to feature, Fernando Llorente is likely to step in as the focal point of attack. Alternatively, Son Heung-Min could start as the False Nine as well.

The onus on Tuesday, will again be on Christian Eriksen and Dele Alli to create chances through the half spaces, while Eric Dier and Harry Winks will be key in transitioning from defence to attack quickly.

Swansea boss Carlos Calvalhal has a major selection headache, with Tammy Abraham struggling with a stomach injury. With Wilfried Bony also doubtful due to a hamstring injury, Andre Ayew remains the only striker who is fully fit. Ki Sung-yueng and Kyle Bartley are the other absentees.

Meanwhile, the Swansea manager will possibly look to reinforce the defensive lines by deploying twin banks of fou, while also remaining compact to force the Tottenham attack to take the aerial route – something they would largely be comfortable dealing with.

Up front, the pace of Wayne Routledge will be key, while Leroy Fer and Tom Carroll will be the men feeding the attack from midfield. 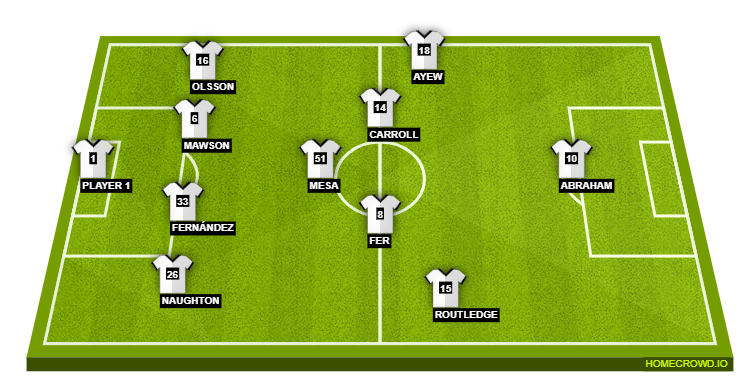 If there’s one player who is in top-notch form right now, it has to be Harry Kane. Despite Pochettino being concerned about his availability on Tuesday, Kane is the name that subdues all and sundry.

The England International is in red-hot form, having bagged a hat-trick in each of his last two games, and a similar theme could see Spurs heap some misery on new Swansea manager Carlos Carvalhal. Having scored 24 times in as many games in all competitions, he’s the guy to look out for.

Whether Harry Kane is available or not is another concern, Swansea’s defense has been poor, conceding 32 times in the league. However it’s their strike-rate which has been nothing short of appalling, netting on just 13 occasions in 21 league games.

Apart from Kane, Tottenham have Christian Eriksen (5 goals, 5 assists) and Son Heung-Min (6 goals, 3 assists) who are in good form this season. With one of the best defences in the league, it’s hard to assume any Swansea name on the scoresheet. We predict a 3-0 win for the visitors.