Manchester United will look to get a step closer to another League Cup semi-final when they travel to Ashton Gate to face Bristol City on Wednesday.

The last of the Carabao Cup quarterfinals will be completed on Wednesday, when all the semifinalists would be known. At Ashton Gate, holders Manchester United will aim to inch closer to defending their title when they take on Bristol City.

The hosts already have three Premier League scalps to boast of in the competition, having dispatched the likes of Watford, Stoke City and Crystal Palace in previous rounds. Manchester United face their second lower league opponent on Wednesday, having beaten Burton and fellow Premier League side Swansea in their two games so far.

As far as recent form is concerned, Bristol come into the game on the back of a fine four-game winning run that has elevated them to third on the Championship table. Manchester United are starting to build a run as well after their loss in the Manchester derby, although they would like to make things a little more comfortable than odd-goal victories.

The two sides last met in the old Division One in 1980, with Manchester United cruising to a 4-0 win. Ahead of their latest meeting on Wednesday, The Hard Tackle takes a closer look at the cup encounter.

Lee Johnson has a number of injury concerns to deal with ahead of the visit of Manchester United on Wednesday, when the Bristol City boss could be without as many as six key first-team players.

The likes of Famara Diedhiou, Gary O’Neil, Jens Hegeler, Ivan Lucic (all knee), Callum O’Dowda (ankle) and Eros Pisano (hamstring) are all unavailable due to their respective injury concerns, meaning Johnson has little choice but to select from a heavily depleted group of players. 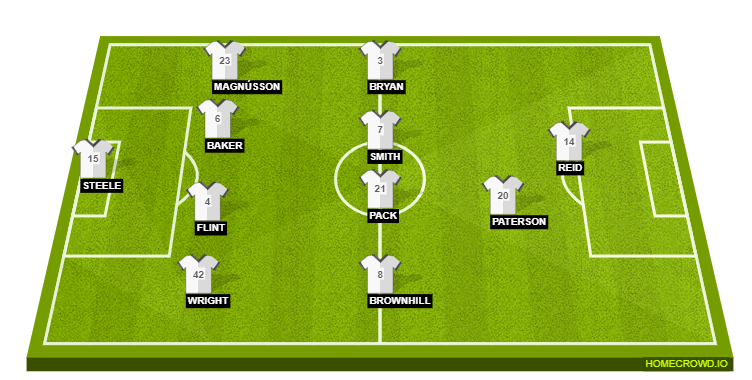 Like Johnson, Jose Mourinho has quite a few fitness issues on his hands as well, although the size of his squad, couple with a few youth player inclusions do not make them pressing concerns. Nevertheless, the Manchester United boss will be without four first-team players on Wednesday.

Antonio Valencia is the latest player on the treatment table after hobbling off with a hamstring injury against West Bromwich Albion. The extent of his injury is still unknown, but it could pose a problem if the Ecuadorian is sidelined for a long time.

The other three absentees are Eric Bailly (ankle), Marouane Fellaini (knee) and Michael Carrick (calf), with each player out with a long-term injury. But, Paul Pogba is available once again after serving his three-match suspension, and is likely to start after missing nearly two weeks of action.

The game could also be used by Mourinho to hand Scott McTominay and Axel Tuanzebe rare starts, while also providing rest to a few players. Henrikh Mkhitaryan could come back into the starting lineup as well, with his last outing coming a month ago against Brighton.

The match may also see Zlatan Ibrahimovic secure his first start of the season, with Romelu Lukaku likely to be rested after starting almost every game in the campaign thus far.

Things have gone haywire for Mkhitaryan after a strong start to the campaign. The Armenian was the creative workforce in the early stages of the season, but is now on the periphery, having not started a single game in nearly two months.

On Wednesday, Mkhitaryan could get a final chance to impress, with reports suggesting that he is on the edge at Old Trafford. A fantastic performance on the night could see him claw his way back into reckoning though, a la Luke Shaw.

The match pits two sides who are in different divisions, which can be quite tricky for a top-flight side. But, Bristol City are coming into this game on the back of a fantastic run of form, which sets this game up in tantalising fashion.

The return of Paul Pogba could tip the scales in favour of the visitors though, and with several players having a point to prove, an explosive collective performance could be on the cards. The Hard Tackle predicts a 3-1 win for Jose Mourinho & co.