Arsenal will look to close the gap on their North London rivals when they host Tottenham Hotspur at the Emirates on Saturday.

Premier League football returns with a bang on Saturday, with the marquee clash of the gameweek kicking off proceedings this weekend. The North London Derby is upon us as Arsenal play hosts to bitter rivals Tottenham at the Emirates, in what promises to be a mouth watering encounter.

The Gunners have had a mixed bag of results so far this season. While their form on the road has been nothing short of horrible, with just one win in six, they are yet to drop points at home, having won each of their first five games at the Emirates.

Tottenham, on the other hand, have started yet another Premier League campaign strongly, with just two losses from their first eleven outings. Their away form, in particular, has been impressive, with Spurs winning four of their first five games, although their most recent result on the road was the 1-0 loss to Manchester United.

The corresponding fixture last season ended in a closely contested 1-1 draw, with Harry Kane earning a comeback stalemate for Tottenham. Ahead of the latest meeting between the two sides on Saturday, The Hard Tackle takes a closer look at the encounter.

Arsene Wenger’s injury problems are easing up as they approach nearer to the North London Derby, with David Ospina (groin), Shkodran Mustafi (thigh) and Danny Welbeck all likely to be available, pending a late fitness test ahead of the game.

But, the Frenchman does have one fresh injury concern post the international break, with Olivier Giroud sustaining a thigh strain while on France duty, and set to miss at least Saturday’s game. Santi Cazorla is a long-term absentee due to his Achilles injury, although he is likely to be available at the turn of the year.

Giroud’s absence, in particular, won’t hurt the Gunners much, with a front-three of Alexis Sanchez, Mesut Ozil and Alexandre Lacazette expected to start again, after the latter was inexplicably benched against Manchester City.

Per Mertesacker, too, is expected to return to the starting eleven, after missing last gameweek’s game due to illness. The veteran defender should have Laurent Koscielny and Nacho Monreal as his partners in the back-three, bar any late injuries, while the rest of the side picks itself.

Like Wenger, Mauricio Pochettino’s team selection on Saturday will hinge largely on the determination of the availability of several players through late fitness tests. The Tottenham boss would be sweating over the fitness of Harry Kane (knee), Dele Alli (hamstring), Harry Winks (ankle), Hugo Lloris (groin) and Michel Vorm (knee).

Kane, Alli and Winks are the likeliest to start on Saturday, having taken part in training sessions this week. But, Lloris and Vorm will be assessed late, and Pochettino would be hoping at least one of the shot stoppers is fit enough to start between the sticks for the tie.

Toby Alderweireld (hamstring), Victor Wanyama (knee) and Erik Lamela (hip) are definitely out due to their long-term injuries, and are unlikely to take the field till December at the earliest. It’s not all bad news for Pochettino, though, with Mousa Dembele and Jan Vertonghen fit and available.

The duo are expected to start on Saturday, as are Davinson Sanchez, Eric Dier and Danny Rose. Pochettino would also be hoping that Christian Eriksen has brought his international form back to London, having netted a fine hat-trick for Denmark to book their place at next summer’s World Cup. 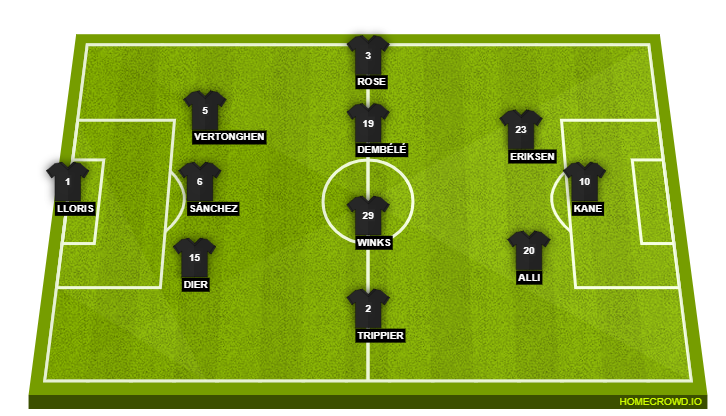 Talisman for the Gunners last season, Alexis Sanchez is yet to come to the party this season, with the Chilean looking largely out of sorts thus far. Last time around against Manchester City, he was wasteful in possession and managed to create nothing substantial all through the match.

Another such outing on Saturday will not bode well for Arsenal, who need a positive result in a big game like this in order to prove themselves to be worthy Top 4 contenders. If Sanchez does produce a game changing performance like we know he can, an Arsenal win may just be on the cards.

Arsenal and Tottenham meet each other in a high stakes game on Saturday when neither side can afford to drop any more points. Such big games immediately after an international break are often sluggish, and a similar duel between the two sides could end up becoming a contest at the centre of the pitch.

Fatigue could also play a key role, with Tottenham having fewer players who were busy in the break. But, Arsenal have largely been imperious at home and should have enough firepower to avoid a loss, although it might be a tough ask to win against a highly confident Spurs side. We predict a keenly contested 1-1 draw.