Matchday 4 of the Group Stage in the UEFA Champions League will conclude on Wednesday. In Group E, Liverpool will be aiming to get a step closer to securing a place in the Round of 16 when they play hosts to Maribor at Anfield.

The hosts leapt to the top of Group E a fortnight ago when they thrashed their visitors on Wednesday. The Reds, though, have been going through a poor run of form over the last two months, having managed to win just three games in all competitions, including the 3-0 result against Huddersfield over the weekend.

Maribor, on the other hand, are rock-bottom in Group E, having collected just one point in their draw against Spartak Moscow. Back home though, the visitors have been in superb form, having not lost a single game thus far, and behind Olimpija on just goal difference in the 1. SNL table, after 14 rounds.

The reverse fixture saw Liverpool thrashing the Slovenian side 7-0, with the front trio of Mohamed Salah, Philippe Coutinho and Roberto Firmino running riot. Ahead of their latest meeting on Wednesday, The Hard Tackle takes a closer look at the encounter.

Jurgen Klopp is dealing with a number of injury concerns ahead of the visit of Maribor on Wednesday. The Liverpool boss, in fact, has eight first-team players unavailable for the Champions League encounter due to short-to-long-term injuries.

Attack is the worst hit area, with Philippe Coutinho (abductor strain) and Sadio Mane (hamstring) the major absentees. While Coutinho is likely to be available on the weekend against West Ham United, Mane will only be able to return to action after the international break.

At the back, Dejan Lovren (groin), Joe Gomez (knock), Danny Ward (back), Nathaniel Clyne (back) and Adam Bogdan (ACL) are all out as well, with the latter two being long-term absentees. Adam Lallana is also unavailable, but is nearing his return to action.

Meanwhile, Alex Oxlade-Chamberlain could make his first Champions League start for the Reds at long last, with Coutinho and Mane both sidelined. At the back, Trent Alexander-Arnold is likely to be restored into the starting eleven, while Loris Karius will take his customary place in goal in a European fixture.

Darko Milanic does not have many roster issues to deal with ahead of the trip to Liverpool on Wednesday, with just two key first-team players not making the travelling squad due to their respective injuries.

Denis Sme (operation) and Luka Zahovic (foot) are currently on the treatment table, and will be sidelined for the next few weeks. Meanwhile, Marcos Tavares is likely to be restored to the starting lineup after being dropped to the bench on the weekend.

The Brazilian striker is going through one of his worst slumps in a Maribor shirt, having not found the back of the net in his last ten outings, and will be keen to break his duck against Liverpool on Wednesday. 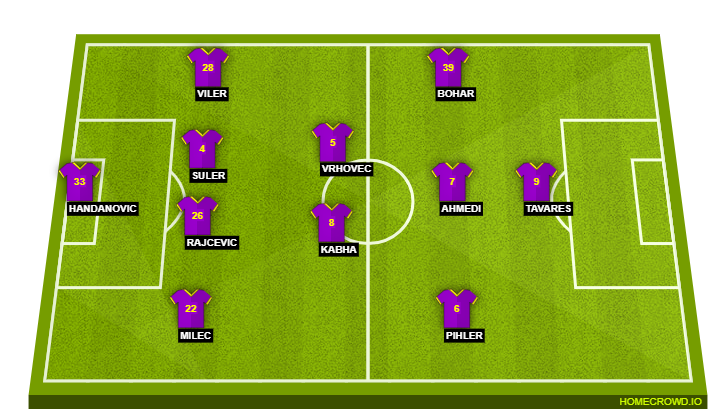 Defence has been the Achilles heel for Liverpool under Jurgen Klopp, with most of the players in the defensive unit receiving a lot of stick from fans over the last two years. One such player is Loris Karius, who has not heard a lot of kind words for Klopp’s preference for him over Simon Mignolet.

However, with the Belgian goalkeeper doing himself no favours last weekend against Tottenham, Karius has the chance to win some hearts with some superlative performances between the sticks in Europe. That all starts against Maribor, when a clean sheet could go a long way for him.

The last two months of footballing action have been unforgiving for Liverpool, who have managed to win just three times in eleven matches. But, the game against Maribor showed that there is a huge gulf in class between the two sides.

With the Reds enjoying a slight return to form over the weekend, they might just run riot over their Slovenian opposition once again. Therefore, The Hard Tackle predicts a comfortable 4-0 win for Jurgen Klopp & co.