Real Madrid will be aiming to continue their fine run of form when they travel to Estadi Montilive to face Girona on Sunday. The match comes two days after Catalonia declared independence from Spain, and with a club from the Spanish capital set to travel to the region, it is set to be a highly charged affair.

When it comes to matters on the field though, La Liga new boys Girona have surpassed expectations thus far in their very first campaign in the Spanish top flight. The Catalonian club come into the weekend’s game sitting 15th in the league table with nine points.

Real Madrid, on the other hand, sit inside the Top 4, although they haven’t nearly looked like the side that lifted the La Liga trophy just five months ago. The champions, though, have regained some form, having won each of their last four league games, including the 3-0 win over Eibar last weekend.

The two sides have never met each other previously, and ahead of their first meeting on Sunday, The Hard Tackle takes a closer look at the encounter.

Pablo Machin does not have many pressing injury concerns to deal with ahead of the visit of Real Madrid, with just three first-team players missing through injury.

Defence is the area that is affected the most, with centre-backs Pedro Alcala (malleolar injury) and Marc Muniesa (muscular problems) on the treatment table due to their respective problems. Up ahead, Eloi Amagat is recovering from an ankle injury, and is expected to remain on the sidelines for a few more weeks.

The key men for the hosts, meanwhile, will be Cristhian Stuani and Portu, who have scored six of the nine goals that Girona have scored so far this season. At the back, Pablo Maffeo will aim for a repeat of his performance against Barcelona, when he restricted Lionel Messi all through the match beautifully. 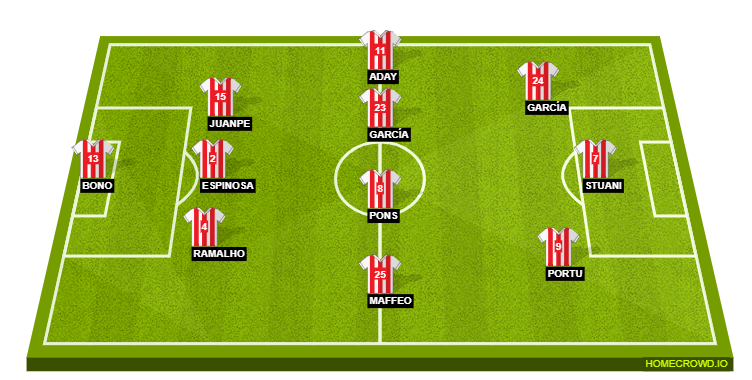 Zinedine Zidane has a number of injury concerns to deal with ahead of Saturday’s trip to Girona. In fact, the Real Madrid boss is without four key first-team players due to short term fitness issues, although he has able backup for each of the players.

Keylor Navas will miss another match due to a minor groin injury that has been troubling him since the international break. Dani Carvajal has resumed light training and is on the path to recovery after suffering from pericarditis, while Mateo Kovacic remains on the treatment table due to a groin injury.

Gareth Bale is back in training after recovering from a calf problem, but the game has come too soon for him, although he is targeting to return in time for the midweek Champions League game against former club Tottenham.

Zidane, meanwhile, could rest a few players on Sunday keeping in mind the crucial aforementioned fixture. The Real Madrid boss though, will be hoping for his start front men Cristiano Ronaldo and Karim Benzema to be at their menacing best on Sunday, having struggled to a great extent so far this season.

After making a belated start to his league campaign, Cristiano Ronaldo was expected to catch up to the league’s top scorers in style. But four games after making his first appearance in La Liga, last month, and the Portuguese forward has looked a pale shadow of himself.

With just a goal and an assist to show for his efforts, there are increasing concerns over his form, with Ronaldo lacking sharpness in front of goal. Against a Girona side that has looked vulnerable for the most part so far this season though, the Real Madrid superstar has the chance to make things right.

Should he be able to rediscover his best form on Sunday, he could pave the way for a huge win on a night when Real Madrid are expected to be on the receiving end of a hostile crowd.

Catalonia has voted for its independence, but Spanish football goes on regardless of what transpired in the region earlier this week. As one of the biggest teams of the country prepares to visit the region on Sunday, a cold welcome is on the cards for Real Madrid.

Nevertheless, with the match set to go on, despite reports of a possible postponement, Real Madrid may find the minnows a challenging foe to get past on the night. Their record on the road, though, is highly impressive, and Girona’s vulnerabilities at the back should help them get over the line in the end.