The Carabao Cup fourth-round comes to an end on Wednesday, post which the last eight teams in the tournament will be revealed. In London, the marquee clash of the round sees Tottenham play hosts to West Ham at Wembley in what is anticipated to be a hotly contested cup derby.

The hosts have got back on track in the Premier League after a tough start to their campaign to sit third in the table, five points adrift of Manchester City, while also being joint-top in their UEFA Champions League group. West Ham, on the other hand, are struggling, only out of the relegation zone on goal difference.

Spurs progressed through to the fourth round after battling hard to beat Barnsley 1-0 at Wembley, while the visitors qualified by enjoying a comfortable 3-0 win over Bolton Wanderers at the London Stadium.

The two sides have already met each other once this season, almost a month ago as Tottenham enjoyed a hard-fought 3-2 win over the Hammers. Ahead of their latest meeting on Wednesday, The Hard Tackle takes a closer look at the encounter.

Mauricio Pochettino’s injury troubles are easing, with just two players remaining on the treatment table. Victor Wanyama is rehabilitating from a knee injury that has kept him out of action since August, while Erik Lamela is on the sidelines due to a hip injury.

But, Mousa Dembele has rejoined first-team training, having recovered from a hip injury. But, the game might have come too soon for the Belgian midfielder, although he might be available for the trip to Manchester United on the weekend.

Meanwhile, Pochettino is expected to make a raft of changes on Wednesday in order to keep several of his key men fit and firing for the two crucial games in the coming week. At the head of the resting party, is Harry Kane, who is unlikely to make the matchday squad to avoid aggravating a minor thigh injury.

However, the likes of Michel Vorm, Juan Foyth, Kyle Walker-Peters and Danny Rose are expected to make the starting lineup, with the game being key for the latter, in particular, to judge how far he has come since making a recovery from a knee injury.

Slaven Bilic, like Pochettino, does not have a lot of injury concerns to deal with ahead of the cross-London trip to Wembley. The West Ham boss will be without just three first-team players, with Michail Antonio, Diafra Sakho and James Collins set to miss out.

While Antonio is on the sidelines due to a knock on his ribs, Sakho and Collins only started training on Tuesday, meaning the game has come too soon for the duo. But, Andy Carroll is available after serving a one-match ban over the weekend.

Bilic also confirmed that Adrian will start in goal in place of Joe Hart, while also confirming that he will make a few more changes on the night while still dishing out a strong lineup that will stake claim for a place in the quarterfinals. 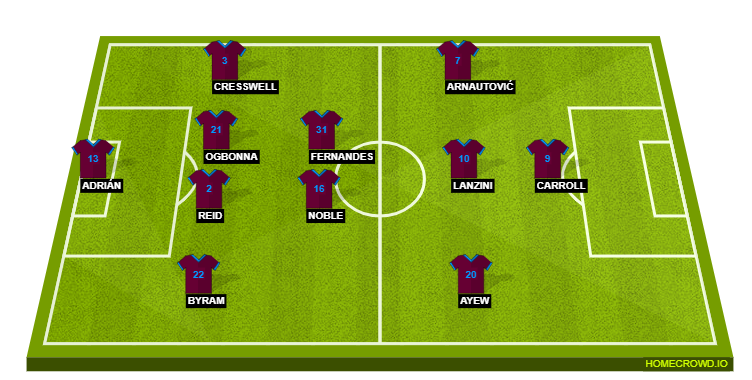 Will Llorente prove to be a reliable backup? (Photo courtesy – Gabriel Bouys/AFP/Getty Images)

Largely a backup to Harry Kane since signing from Swansea City on deadline day, Llorente has struggled a little bit upon his move to London. However, on Wednesday, the Spaniard has the chance to break his duck against Tottenham’s fierce rivals West Ham when he fills in for Harry Kane.

A strong outing against the East Londoners could not only help Spurs reach the quarterfinals, but will also help him become a cult hero at the club, owing to the bitter rivalry that the two London rivals share. Therefore, Llorente could be in his elements on Wednesday to guide Spurs to a famous win.

It’s only October, and Tottenham and West Ham are set to renew their rivalry for a second time. With a place in the Carabao Cup quarterfinals on the line this time around, the tie should be a feisty one as always.

A gamut of changes are expected on Wednesday from both managers, but with the Hammers struggling to impose themselves in front of goal, it could be a long night for the visitors. On top of that, Tottenham have enough quality in reserves to ensure a win, which is why The Hard Tackle predicts a 2-1 win for the hosts.