Liverpool will look to notch up their first Champions League group stage win of the season when they face Maribor at Ljudski Vrt on Tuesday.

Champions League action returns this week with Matchday 3 of the group stage. In Group E, winless Liverpool will look to get on track in their Champions League campaign when they travel to Ljudski Vrt to take on rock bottom Maribor on Tuesday.

Maribor currently sit fourth in the group table with just a solitary point earned on Matchday 1, which was followed by a 3-0 loss to Sevilla. Back home though, the hosts are in the mix for the 1. SNL title as they currently sit second in the table, two points behind Olimpija Ljubljana.

Liverpool, on the other hand, are in search of a major turnaround in form, having won just one of their last eight games in all competitions. In Group E, the Reds are currently placed second, level on points with Spartak Moscow, but two points behind Sevilla after two draws in as many games.

The two sides have never met before previously, and ahead of their first ever meeting on Tuesday, The Hard Tackle takes a closer look at the encounter.

Darko Milanic does not have a lot of injury concerns to deal with ahead of the visit of Liverpool, but the Maribor boss will be without centre-backs Marko Suler, Denis Sme and young striker Luka Zahovic for Tuesday’s home encounter.

The key man for the Slovenian outfit is Brazilian striker Marcos Tavares, who has led the line for the club with aplomb for several years now. The veteran striker, who has won the club’s prestigious Purple Warrior prize five times, will need to be at his best to ensure a shock result for the home side.

With Milanic often implementing a 4-4-2 system, the pace of the wingers on either flank, coupled with the strength of the strikers could work against the vulnerability of the Liverpool defence, especially the centre-backs, and visitors will need to be wary to not be caught out on the break. 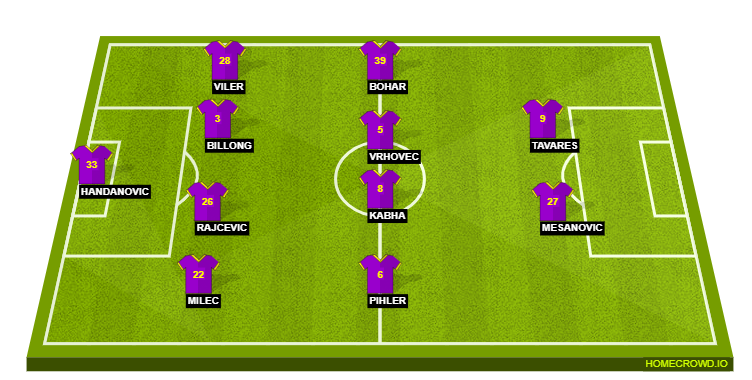 Like his counterpart, Jurgen Klopp does not have many roster issues on his hands either ahead of the trip to Maribor. But in Sadio Mane, the Liverpool boss is without the services of one of the most influential players in his squad.

The Senegalese winger picked up a hamstring duty while on international duty with his national side and is sidelined for six weeks. Adam Lallana (thigh) and Nathaniel Clyne (back) are long-term absentees, with neither player any closer to returning to full training just yet.

Meanwhile, a few changes could be in the offing ahead of Tuesday’s encounter, with the likes of Loris Karius, James Milner, Daniel Sturridge, Trent Alexander-Arnold and Ragnar Klavan in contention to start on the night.

Alex Oxlade-Chamberlain though, would be itching to receive the elusive start, while Philippe Coutinho and Mohamed Salah are unlikely to be rested for what is a highly important game.

In need of some inspiration. (Photo courtesy – Alex Livesey/Getty Images)

Things have seldom been easy for the English striker in the last few seasons, with a spate of injuries bringing his progress to a grinding halt. The fitness issues also seem to have taken the sharpness out of his game, with Sturridge often struggling in front of goal.

But, with Roberto Firmino not in the best of form right now either, the player has a golden opportunity to claw his way back into Jurgen Klopp’s plans for the season.

A solid outing against Maribor, thus, will not only pave the way for Liverpool’s first win in the group stage this season, but also help Sturridge in the long run, and he would hope to make a mark, if given an opportunity on the night.

After a strong start to the season, things have only looked south for Liverpool. In the Champions League, schoolboy errors have seen the Reds off to a winless start to the campaign as the Reds continue to search for their first group stage win this season.

Tuesday could be the night when Jurgen Klopp & co. finally break the duck as they visit Maribor. The Slovenian side though, is an unknown quantity, something Liverpool will have to be wary about, and their defensive frailties are likely to come to the fore once again.

But, the gulf in class between the two sides might just be enough for the Merseyside club to eke out the required result. The Hard Tackle predicts a hard-fought 2-1 win for Klopp’s men.