Wales will look to continue putting pressure on Ireland and Serbia when they face Moldova in a Group D World Cup qualifier on Tuesday.

Just two rounds shall remain in the European leg of the 2018 FIFA World Cup qualifiers after the latest set of international fixtures is done this week. With competition for spots heating up in the climactic stage of the phase, Wales travel to Stadionul Zimbru to take on Moldova on Tuesday night.

Chris Coleman’s men currently sit third in a wide open Group D with 11 points, four points adrift of table toppers Serbia and two behind second placed Republic of Ireland. The visitors come into this match on the back of a hard-fought 1-0 win over Austria thanks to a Ben Woodburn stunner.

Meanwhile, Moldova have been the whipping boys of the group, winless in seven and the only points coming in two draws against Georgia. The minnows come into the match on the back of a 3-0 thrashing at the hands of Serbia, who consolidated their position at the top of the table.

The reverse fixture ended in a comfortable 4-0 win for Wales as goals from Sam Vokes, Joe Allen and Gareth Bale (brace) clinched the three points. Ahead of their next meeting on Tuesday, The Hard Tackle takes a closer look at the encounter.

Two points and nothing much left to fight for except a bit of pride, all Alexandru Curteian can hope for is for his side to show some resolve to frustrate the visitors and perhaps earn a point (or maybe more) with a shock result.

The hosts, though, have one of the weakest defensive units in all of Europe, having shipped in 16 goals in seven games thus far. On the other end of the pitch, attack hasn’t been their forte either, only managing to find the back of the net four times. Thus, another long night seems to be on the cards for Moldova.

Curteian’s defensive problems are further worsened with experienced central defender Petru Racu (wound) and defensive midfielder Alexandru Gatcan (hamstring) unavailable due to injury. Vitalie Bordian though, is available once against after serving his one-match ban. 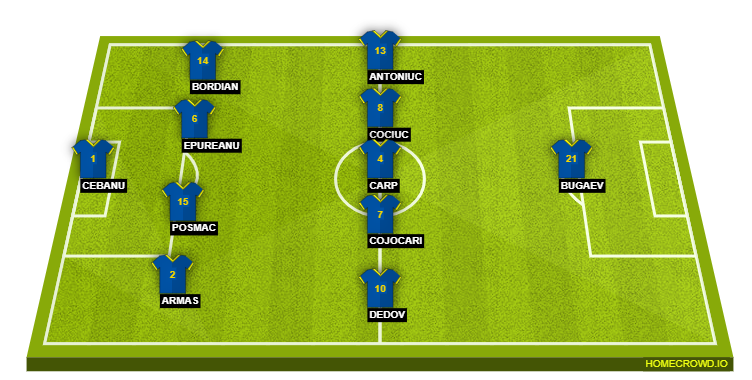 Chris Coleman’s men just barely scraped through in Saturday’s match against Austria, and the Dragons needed a scintillating effort from Ben Woodburn to claim all three points. However, the Wales manager’s job on Tuesday will be a lot easier as he is set to welcome Joe Allen into his matchday squad.

The Stoke City midfielder has served a one-match suspension and is likely to slot straight into the starting eleven, in place of David Edwards. Allen’s return is crucial for Wales as he often enables them to assert control at the centre of the park and dictate the tempo of the game.

Coleman also has the services of Neil Taylor after the Aston Villa defender completed a two-match ban. He might not be an automatic selection though, as he has Jazz Richards to compete with for the left wing-back slot.

Meanwhile, Ben Woodburn may have done enough to earn a first start for Wales after his match clinching goal on Saturday. The Liverpool man could be chosen to partner Gareth Bale and Sam Vokes in attack. Coleman, though, has released James Collins and Jonny Williams from his squad following the return of Taylor and Allen. 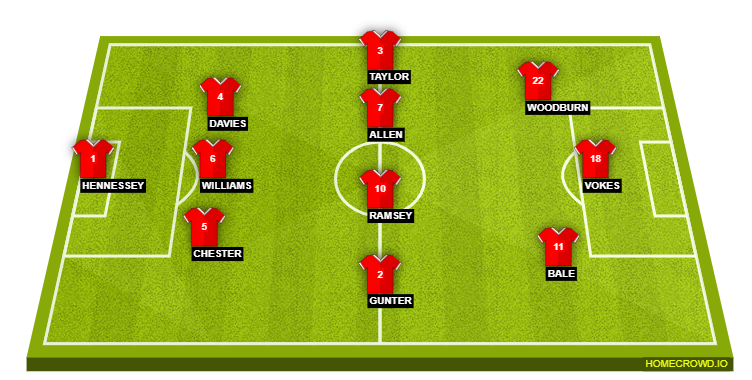 Ramsey has been one of the key men for Wales in the last few years. (Photo courtesy – Geoff Caddick/AFP/Getty Images)

Ramsey has endured a horrible start to the season with Arsenal, with his own performances coming under the scanner as well. The outing against Austria was underwhelming too by his lofty standards in international football.

When at his best though, the 26-year-old is the lynchpin for Wales, creating space for Gareth Bale to exploit with his pace and explosiveness. Handed a free role by Chris Coleman, Ramsey often flourishes without added defensive burden. If he is able to perform at his best on Tuesday, Wales might just run riot.

Three “cup finals” remain for Chris Coleman and his men as they strive to qualify for the next summer’s World Cup in Russia. Currently third and not a lot behind Serbia and Republic of Ireland, their qualifying hopes could come into their own hands, with the aforementioned sides facing each other on Tuesday as well.

Should Wales do their bit and beat Moldova, they have a chance of leapfrogging Ireland. With another tie against one of Group D’s weaker outfits Georgia before their final round against the Irish, Coleman would fancy his side’s chances of at least finishing second in the group and progress to the playoffs.

First, though, they need to beat Moldova on Tuesday, and judging by the gulf in quality between the two sides, it should be an easy win for the visitors. With Gareth Bale’s form seemingly on the rise, a comfortable outing is on the cards. The Hard Tackle predicts a 2-0 win for Wales.