England play hosts to Slovakia in a high-octane all-important Group F encounter in the 2018 FIFA World Cup Qualifiers at Wembley on Monday.

England host Slovakia at Wembley on Monday knowing well enough that the Three Lions need a win in the encounter. Slovakia are breathing down their neck – just 2 points behind – and recent results suggest they could be in with a chance at Wembley.

England did beat Malta by a convincing 4-0 scoreline. The performance, though, was anything but. Gareth Southgate’s men struggled for large parts of the game and only a late flurry of goals saw them put up the numbers. Some dubious and questionable roster selections aside, Southgate will have to pull his team up if they are to secure a win on Monday.

Slovakia on the other hand, come into the game brimming with confidence. While they have only eked out wins against Malta, Lithuania and Slovenia, the Slovaks know that a win here could literally hand them the automatic qualification spot above England.

Marek Hamsik has already warned the Three Lions that they could be forced into playing the second-placed playoffs. While it could just be mind games, Southgate & co. will have to be wary of the Slovaks, who have given a good account of themselves in recent times against England.

We at The Hard Tackle take a closer look at the fixture.

Gareth Southgate has already confirmed that Jordan Henderson will lead the Three Lions out at Wembley on Monday. Southgate is expected to retain his 4-2-3-1 formation – a recent change after trying the 4-1-4-1 formation in the beginning. Jake Livermore in the midfield, though, is a choice that has been questioned by fans and pundits alike.

The England manager does have Nathaniel Chalobah and Eric Dier at his disposal and we could see either slot in alongside Henderson on Monday. The back-four is expected to be retained. But, it is the manager’s choice of keeping Joe Hart as the number one, which is another one under the scanner after what has been a disastrous start to the season.

Ideally, we could see Southgate name an identical squad barring Livermore. But, Marcus Rashford and Danny Welbeck both pushed themselves into contention after impactful cameos against Malta and either could come into the side for Alex Oxlade-Chamberlain or Raheem Sterling. 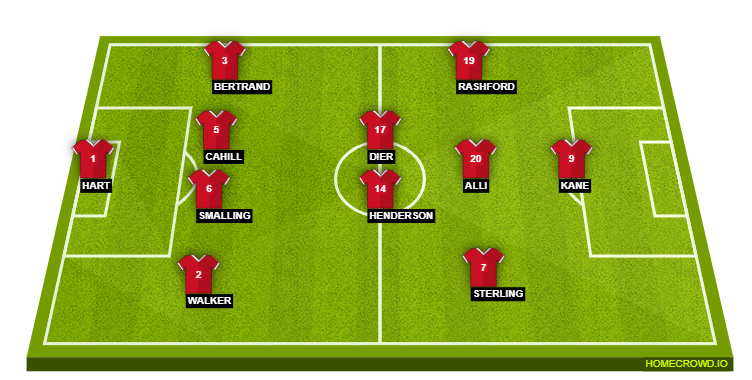 Jan Kozak’s men eked out a 1-0 win over Slovenia to keep on the pressure over England. Slovakia’s formation mirrors England in the form that Kozak also likes his side to keep the 4-2-3-1 shape. Kozak, though, seems to have promoted Martin Dubravka to the number one spot over Matus Kozacik as of now.

The back-four is an impressively experienced one and Jan Durica’s return could spur them on further. However, Kozak could retain the back-four from the Slovenia game and we could see Durica take his place on the bench for Monday. Up ahead, Juraj Kucka is probably the lynchpin for Monday.

But, Stanislav Lobotka has risen through the ranks quite quickly and the Celta Vigo man could turn out to be a surprise hero on the night. The obvious star of the team, though, is Marek Hamsik, who is set to retain his number 10 role and we could see the Napoli superstar light up Wembley. 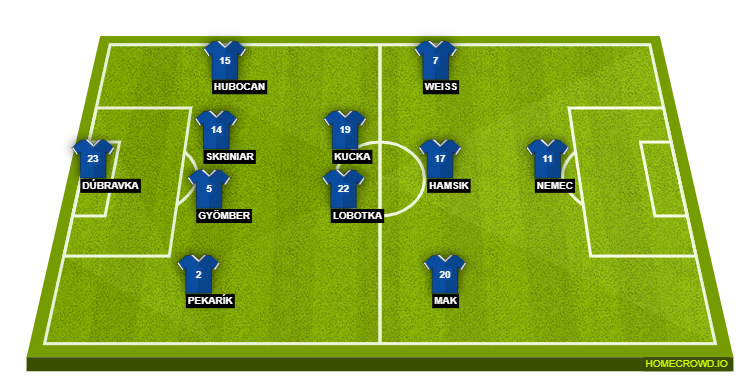 1. Interestingly, England are undefeated against Slovakia in a total of 5 encounters between the two nations.

2. But, it was the 0-0 draw at the Euros in 2016 that started the downfall of the English side in the tournament.

3. The reverse fixture in Group F was won by England by a solitary Adam Lallana goal.

4. Harry Kane has ended his drought with a brace against Malta and he will be raring to have a go at the experienced yet aged Slovak back four.

5. A win here for England would open a five point gap between themselves and Slovakia and with two games to go after Monday, it would all but confirm their automatic qualification in the 2018 World Cup Group Stage.

VALLETTA, MALTA – SEPTEMBER 01: Dele Alli of England is faced by Zach Muscat of Malta during the FIFA 2018 World Cup Qualifier between Malta and England at Ta’Qali National Stadium on September 1, 2017 in Valletta, Malta. (Photo by Julian Finney/Getty Images)

There is no player as exciting to watch as the Tottenham superstar. His off-the-ball movements are hard to mirror for any defence and Slovakia could be undone by the towering yet technically gifted talisman. Alli has a knack of being at the right place at the right time and England would need more of that on Monday to overcome a resilient Slovak side.

Jan Kozak would definitely prepare his side for Harry Kane and Dele Alli. But, given the space, Alli could just bring the Slovak defence to their knees. Probably England’s most clutch player going into the absolutely clutch game at Wembley.

England stuttered against Malta and Wembley could very well witness some of the same against Slovakia on Monday. The visitors have all the tools to trouble the Three Lions and Southgate could even set up his side a bit more defensively in order to avoid a defeat, which would be a catastrophe.

We believe the game should end in a draw with both sides finding the back of the net. Don’t be surprised though, if the game ends in a goalless draw. The matchup has not served up too many goals in recent times and history could repeat itself at Wembley.