France and Netherlands resume their rivalry on Thursday when they face off in a Group A World Cup qualifier at Stade de France.

The fortnight-long international break has kicked off and with it, the World Cup qualifiers return as well. In a hotly contested Group A in the European leg, France play hosts to Netherlands in the marquee clash in the latest round of fixtures.

Les Bleus are second in Group A, separated from leaders Sweden by goal difference. Meanwhile, the Dutch are third, three points behind the hosts, making a win on Thursday imperatively crucial in order to continue having hopes of qualifying for the World Cup.

The reverse fixture in Amsterdam last year ended in a hard-fought 1-0 win for Didier Deschamps’ men, with Paul Pogba scoring a wonderful long-range goal to secure all three points for his side. Ahead of their latest meeting on Thursday, The Hard Tackle takes a closer look at the encounter.

Didier Deschamps is without the services of Raphael Varane due to an abductor injury. But in Laurent Koscielny, Samuel Umtiti, Kurt Zouma and Presnel Kimpembe, the France manager has enough cover to account for the Real Madrid defender’s absence.

Another major absentee from the squad is Ousmane Dembele. The 20-year-old winger recently joined Barcelona after a long drawn out transfer saga which saw him refusing to train with Borussia Dortmund – the reason why Deschamps has chosen to keep the youngster out of his squad.

In Dembele’s absence, Kingsley Coman is likely to get the nod to start on the right side of attack, with Antoine Griezmann and Olivier Giroud lining up as the front two. At the heart of midfield, Paul Pogba will likely start alongside N’Golo Kante. 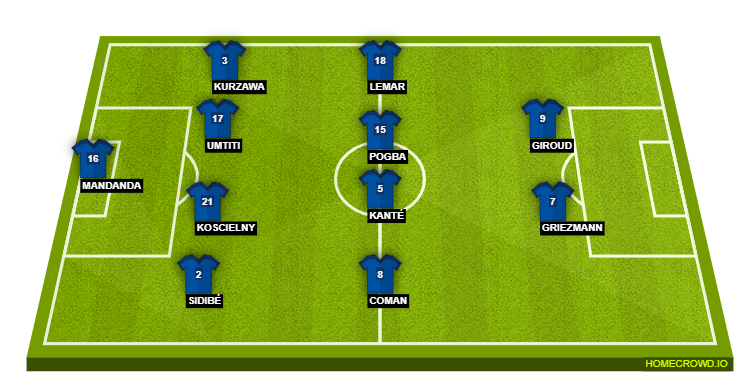 Dick Advocaat is deprived of the services of several of his key first-team players, and defence in particular has taken a hit. The likes of Virgil van Dijk, Nathan Ake, Daryl Janmaat and Jeffrey Bruma were unavailable for selection, leaving the Netherlands boss to consider a few reserve options.

Therefore, the same four-man defensive unit that started the 5-0 rout of Luxembourg in June is likely to make the cut in Saint-Denis as well. Meanwhile, veteran striker Robin van Persie received a surprise call-up to the Dutch side, and is in line to make his first international appearance in two years.

However, he is unlikely to start, with Vincent Janssen turning in strong performance in the last year or so, even as his club career has faltered. Captain Arjen Robben is fit as well, and will be the key man in Advocaat’s side.

Former Manchester United winger Memphis Depay, who has found a new lease of life in Ligue 1 will start on the left side of attack, having rediscovered top form in the last few months. At the centre of the park, Kevin Strootman will be a pivotal figure to thwart the exciting French attack. 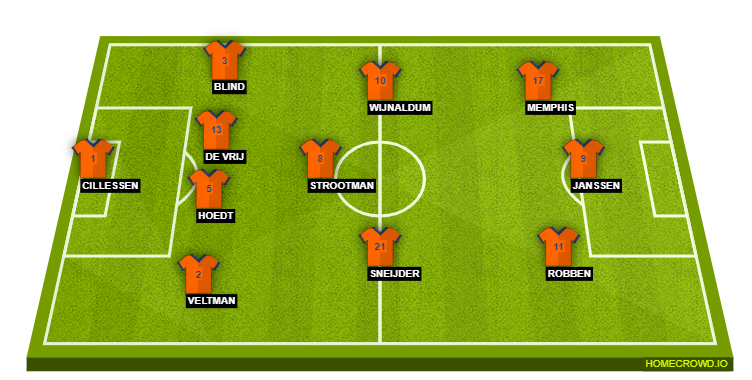 Dutch football seems to be at a crossroads currently. Having missed qualification to the European Championship last year, Netherlands are at a risk of missing out on another major competition. The man to get them back on the right track – their captain, Arjen Robben.

The veteran winger has often been the go-to player for the Dutch during this period of turmoil. And having shown few signs of ageing, he will be the key man once again for a side that is in need of an inspiration to turn things around in their qualifying campaign, and spring a surprise over Les Bleus.

Just four rounds of qualifying fixtures remain before the automatic qualifiers for Russia 2018 are determined. In the seventh round of fixtures in Group A the top four, separated by just four points, play another member of the quartet.

With group leaders taking on fourth-placed Bulgaria, the contest in Saint-Denis becomes all the more crucial. A win for France could see them become clear leaders, Netherlands could have a new lease of life in their qualifying campaign.

Conversely, a loss for the Dutch could spell the end for their campaign, especially in their pursuit of securing automatic qualification as it would leave them six points adrift of Les Bleus.

However, the hosts have a strong record at home. And with Paul Pogba in menacing form, they could assert their control for large parts of the match. The Hard Tackle, thus, predicts a 2-0 win for Deschamps and co., with Olivier Giroud likely to continue his hot international form.