The fortnight-long international break has begun. With it, the next leg of the FIFA World Cup qualifiers are here as well. And in what will be a meeting of two polar opposites, Group H leaders Belgium play hosts to Gibraltar at Stade Maurice Dufrasne in Liege on Thursday.

The Red Devils have been imperious in their qualifying campaign thus far, often scoring goals at will over the course of their unbeaten run. Roberto Martinez’s men have dropped points in just one game – a home draw against Greece – and boast an impressive goal difference of +22.

The visitors, on the other hand, have just made up the numbers so far, rock bottom in Group H and with no chance of qualifying for the World Cup, with six losses in as many matches and a goal difference of -21.

The reverse fixture, almost a year ago, ended in an emphatic 6-0 win for Belgium with Christian Benteke grabbing a hat-trick. With the two sides set to resume their qualifying campaigns on Thursday, The Hard Tackle takes a closer look at the Group H encounter.

Roberto Martinez has picked a star-studded squad for the latest round of international fixtures, with the likes of Kevin De Bruyne, Axel Witsel, Thibaut Courtois, as well as Vincent Kompany set to play prominent roles.

But, there is one surprise name in the 28-man group that he has chosen – captain Eden Hazard. The Chelsea superstar has been out of action since he sustained an ankle injury on national duty with the Red Devils back in June.

He has since had an ankle surgery and completed his rehabilitation, but has only featured in one reserve game upon making his recovery. However, the Belgium manager has stated in his pre-match press conference that Hazard could make an appearance against Gibraltar on Thursday.

Apart from the 26-year-old winger though, Martinez has enough firepower at his disposal to enjoy a comfortable outing against the minnows. In De Bruyne, he has a creative powerhouse to be the ideal foil to the likes of Dries Mertens, Yannick Carrasco and Romelu Lukaku up front.

At the back, Kompany’s return will bring an air of calmness and composure at the heart of defence with Tottenham duo Toby Alderweireld and Jan Vertonghen providing added solidity. 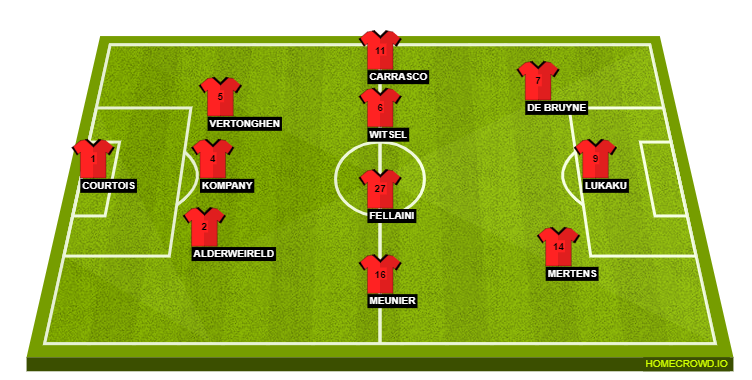 The underdogs for the match, there would be little expected out of Gibraltar on Thursday, with the country still pretty much in its infancy of playing competitive football. Jeff Wood’s men, though, will look to provide a fair fight and delay the inevitable by as much as possible.

Keeping the margin of the result as small as possible would also be a priority for a side that often tends to concede goals in a bunch. Nevertheless, the Gibraltar boss should focus on shoring up his side’s defence, and keeping things tight and frustrating their more illustrious hosts at bay for a long period.

Thus, the onus would be on the likes of Jean-Carlos Garcia, Joseph Chipolina, Ryan Cascario and Roy Chipolina to play out of their skins and possibly even spring up a surprise. Goals have come at a premium for Wood’s men and veteran striker Lee Casciaro would be the one to find the back of the net.

Meanwhile, young midfielder Alain Pons would be hoping to make his debut after earning his first call-up to the national side. 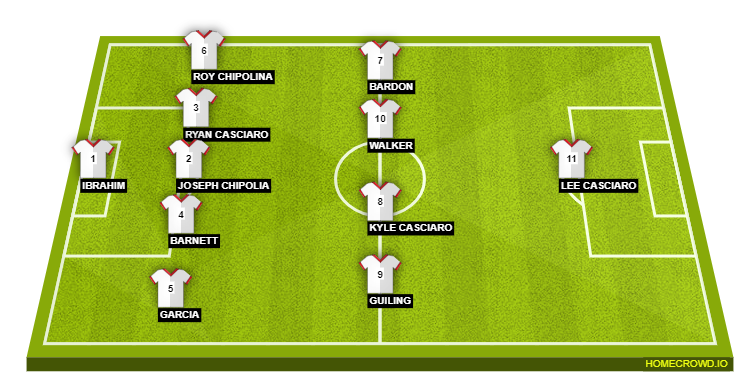 The Belgium captain has been out of action for the last three months after contracting a gruesome ankle injury while on duty for his country in the post-season in June. Having completed his recovery though, Hazard would be raring to get back on the field for the senior Belgium and Chelsea sides.

His first opportunity to make an impact this season could come against Gibraltar, with the minnows providing the perfect opportunity to ease back into competitive football. While he is unlikely to start on Thursday, he could get a few minutes in the second half.

These minutes would provide a good indication of just how well he has recovered, and if he needs further time to acclimatise to the challenges ahead of what is going to be a busy season at the club level, followed by which he would be making his way to Russia for the World Cup.

As iterated earlier, the match on Thursday is a contest of the polar opposites, with Gibraltar only in their infancy of playing competitive football while Belgium are one of the powerhouses of world football.

The minnows struggle up front and at the back, while the Red Devils are one of the most free scoring sides in the world, while also being solid customers in defence. Thus, anything but a comfortable outing for Roberto Martinez’s men would come as a surprise on Thursday. We predict a 4-0 win for the hosts.