Manchester United will be looking to maintain their perfect start to the season when they host Leicester City at Old Trafford on Saturday.

Manchester United will aim to keep a firm hold on top spot in the Premier League and maintain their perfect start to the campaign as 2015-16 champions Leicester City visit Old Trafford on Saturday. Both sides will be eager to grab all three points before the first international break of the season.

The hosts come into the back of another four-goal salvo last week to dispatch Swansea City at the Liberty Stadium. The Red Devils now sit atop the Premier League table with maximum points out of 6, eight goals scored and none conceded.

Leicester are approaching the match after a four-goal salvo of their own, having beaten Sheffield United 4-1 in the Carabao Cup on Tuesday. The Foxes are starting to build a winning momentum of their own after last week’s 2-0 win over Brighton and Hove Albion gave them their first points of the campaign.

The corresponding fixture last season ended in an emphatic 4-1 win for Manchester United as Paul Pogba famously scored his first goal for the club in the match. Ahead of their next meeting on Saturday, The Hard Tackle takes a closer look at the encounter.

Jose Mourinho has had nothing but positive news since the start of the season. His men are performing admirably on the field and, perhaps as importantly, off it as well. The Manchester United boss has had no new injuries to report, while those on the treatment table have stepped off their recovery well.

The two players who look the closest to return to action are Luke Shaw and Ashley Young, with both players getting a run in the club’s under-23 match against Swansea earlier this week. The duo are likely to be back in the mix by next month, having already rejoined first-team training.

Marcos Rojo is expected to return earlier than first anticipated as well after the Argentine rejoined first-team training as well, albeit only light drills. But, the biggest piece of news surrounds the return of Zlatan Ibrahimovic.

The Swedish striker has signed a new one-year contract with Manchester United, and while there is no official word about when he’ll return to action, reports suggest that it could be within the next two months.

Meanwhile, Mourinho is likely to stick to the same starting eleven considering the players have largely been in top form thus far. One big change surrounds the likely inclusion of Anthony Martial, who has started the season with a bang.

The Frenchman could come into the side in place of Marcus Rashford, although the Manchester United boss might continue with the England international for one more game, at the very least. 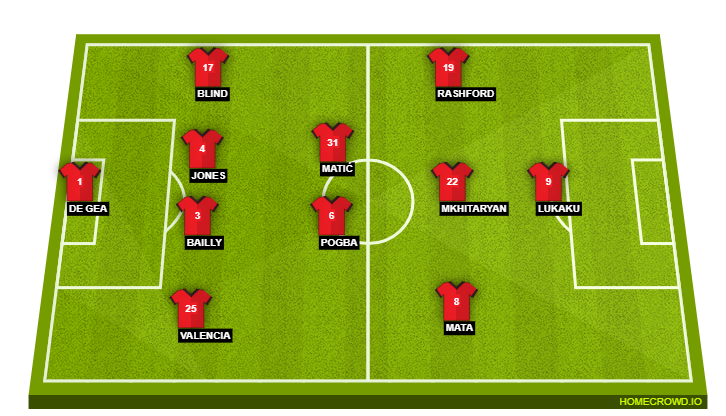 Like his counterpart in the Manchester United dugout, the injury woes seem to be easing up on Craig Shakespeare as well. Each of his key first-team player, bar summer signing Vicente Iborra, is back in first-team training, although the Leicester City boss is unlikely to take a full-strength squad to Old Trafford on Saturday.

The likes of Danny Drinkwater (thigh), Kelechi Iheanacho (toe) and Robert Huth (foot) have trained this week and are inching closer to a return to first-team action. But, Shakespeare is likely to err on the side of caution, easing the trio into the side slowly before they can stake claim for a regular slot in the starting eleven.

Nampalys Mendy made his first appearance of the season in the midweek game against Sheffield United in the Carabao Cup, and is expected to be a part of the matchday squad on Saturday. Wes Morgan and the in-form Jamie Vardy should be fit to start despite sustaining knocks last week against Brighton.

Harry Maguire, though, is a slight doubt for the match against Manchester United though, after suffering a minor knee injury in the match against Sheffield United. Should the Englishman fail to recover on time, Yohan Benalouane could partner Morgan at the heart of the Leicester defence.

Meanwhile, Shakespeare is likely to set the visitors up to attack on the break, with Manchester United expected to command most of the possession. In the likely absence of Maguire though, their defence could be prone to leaking a few goals, something the hosts could look to exploit. 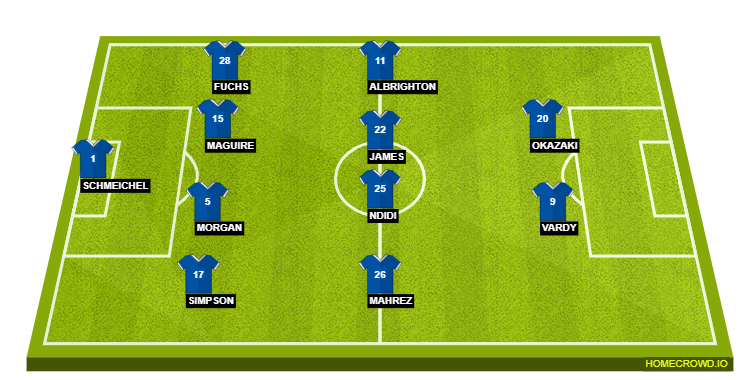 If there’s one player whose career as a Manchester United player seems to be on the crossroads, it’s Anthony Martial.

The Frenchman had enjoyed a stellar debut campaign at Old Trafford, finishing as the club’s top scorer in the 2015-16 season. But, his second season was nothing short of a nightmare as Martial failed to maintain his place as a regular under Jose Mourinho.

The 21-year-old though, like his club, has started his latest campaign with a bang, with two goals and an assist in just 25 minutes of action so far. The first couple of performances have seen him bang the door for a place in the starting eleven.

Another impressive outing could just be the tonic that Martial’s Manchester United future needs, as he can potentially cement his place in the starting lineup with a strong showing. Mourinho has spoken very highly of the player this week, and Martial is certainly well on his way to enjoying his manager’s complete faith.

What a start to the season it has been for Manchester United. The Red Devils have swatted everything in their path thus far, dominating matches from kickoff till the full-time whistle, and all the early signs are pointing towards the famous Jose Mourinho second season effect taking shape.

The league leaders though, face their first actual test of the season on Saturday when free scoring Leicester City visit Old Trafford. The Foxes have been outscored by just Manchester United thus far this season. With Jamie Vardy and Riyad Mahrez looking in resurgent mood, they could be fancying a chance of denying the hosts all three points.

However, their defence still has an air of vulnerability around it. And with the Manchester United attack looking nothing short of imperious, it could be hard outing for Craig Shakespeare and his men. Expect Romelu Lukaku to get onto the scoresheet once again, with the hosts grabbing yet another clean sheet.