Liverpool will look to get a step closer to making a return to the Champions League group stage when they take on Hoffenheim on Tuesday.

The final round of the UEFA Champions League qualifying playoffs are upon us, following which the group stage picture will get clearer. The marquee clash of this stage will see Liverpool battle Hoffenheim over two legs, the first of which is set to take place at Rhein-Neckar Arena on Tuesday.

The hosts were the surprise package in Bundesliga last season, going unbeaten at home all through the campaign and finishing fourth to make the qualifiers. And Julian Nagelsmann’s men come into this match on the back of a solid 1-0 win over Rot-Weiss Erfut in the German Cup.

The Reds, though, are lacking in momentum following their anti-climactic 3-3 draw as Miguel Britos scored the controversial injury time equaliser to deny Jurgen Klopp’s men all three points in their Premier League curtain raiser.

The German manager will be eager to his side move on quickly from Saturday’s disappointment, although his counterpart’s team are as tough as they come. The Hard Tackle takes a closer look at Tuesday’s match.

The fairytale story continues for Julian Nagelsmann and co. with the German manager’s youthful exuberance translating to courageous performances on the field. And Tuesday is expected to be no different.

The Bundesliga club should continue with their counter-attacking based approach when Liverpool come visiting as well, with their pace and aerial prowess likely to pose a huge threat to the Reds’ back-line.

At the same time, the 30-year-old will set his side up to be solid in defence, denying the visitors’ electric attack much space to exploit. And the Hoffenheim boss’s preparations for the match couldn’t be any better as the German club sport a clean bill of health ahead of the tie.

The key man in Nagelsmann’s side will be Havard Nordtveit, who replaces Nicklas Sule in the first-team setup following the German centre-back’s move to Bayern Munich. It’ll be interesting to see how the Norwegian manages to replace his predecessor, whose presence often proved to be game changing for Hoffenheim last season. 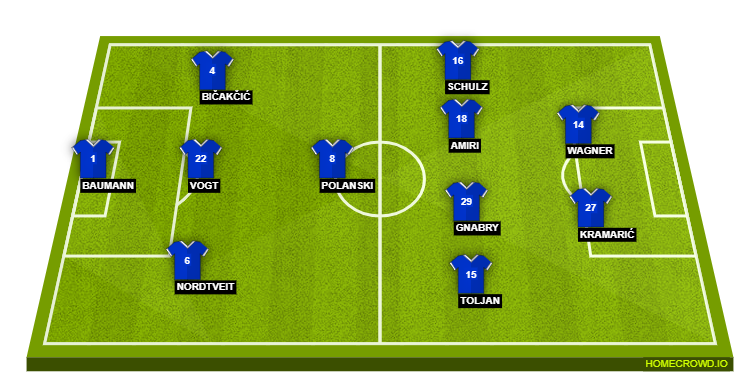 Unlike his counterpart in the Hoffenheim dugout, Jurgen Klopp doesn’t have the luxury of approaching Tuesday’s match with a full-strength side. In fact, the Liverpool boss will be without as many as five first-team players ahead of their trip to Germany.

Nathaniel Clyne is continuing his recovery from back injury that kept him out for much of Liverpool’s pre-season campaign. In the Englishman’s absence, Trent Alexander-Arnold is likely to continue as the right-back.

Meanwhile, Daniel Sturridge (thigh) is unavailable as well, even though Klopp remarked that the injury-plagued striker has shown promising signs of recovery. The big absentees, though, are Adam Lallana (thigh) and Philippe Coutinho (back), who unavailability leaves Liverpool severely lacking in creativity.

While Lallana will only be available in three months’ time, it remains to be seen if Coutinho will play for the Reds again as his future remains a subject of intense speculation. Meanwhile, Danny Ings (knee) is the fifth absentee from Klopp’s squad.

The onus on Tuesday will be on the front trio of Sadio Mane, Roberto Firmino and Mohamed Salah yet again, who will have to use their pacy outlets to good effect in order to eke out of positive result. 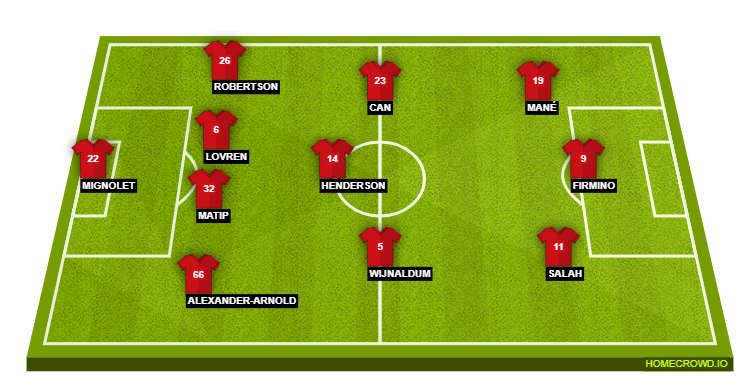 LIVERPOOL, ENGLAND – NOVEMBER 26: Jordan Henderson of Liverpool in action during the Premier League match between Liverpool and Sunderland at Anfield on November 26, 2016 in Liverpool, England. (Photo by Clive Brunskill/Getty Images)

Liverpool’s potential on the break are all too well known, but Julian Nagelsmann implements a similar counter-attack based style at Hoffenheim as well. And considering just how vulnerable his side’s back-line is, the role of Jordan Henderson at the heart of midfield becomes all the more crucial.

The Liverpool captain has endured a tough time battling several injury issues. But when fully fit, he lends balance to his side with his distribution skills and tenacity. And it is the latter that will need to be more prominent against a menacingly efficient Hoffenheim attack.

Henderson’s ability to stifle the hosts’ front-line will also go a long way in dictating Liverpool’s fortunes in the tie. And should they succeed in grabbing the all-important away goal, the impetus will be with Klopp’s men.

Champions League nights are almost on the horizon for Liverpool. But, their road to the group stage is not easy whatsoever, with Hoffenheim set to provide them with a tough test of their credentials.

With Julian Nagelsmann’s side boasting the second meanest defence in Bundesliga last season, the Reds could have a tough time breaching the hosts’ back-line. On top of that, Hoffenheim’s prowess in the air could prove to be troublesome for Liverpool, whose struggles in set-piece situations are all too well known.

The absence of Philippe Coutinho and Adam Lallana is concerning for Klopp’s side as well, as the game at Watford showed that creativity was starkly lax. With Hoffenheim being a tough nut to crack at home, Liverpool would do well to go back home with just an away goal, and The Hard Tackle predicts a 2-1 win for the hosts.