The 2017/18 Premier League season kicks off on Friday as Arsenal host Leicester City at the Emirates.

The long wait is finally over. The 2017/18 Premier League season is upon us, kicking off on a Friday for the very first time when Arsenal play hosts to Leicester City at the Emirates. Both sides will be eager to begin their campaigns with a bang after what was a disappointing season for them in 2016/17.

Arsenal missed out on Champions League qualification for the first time under Arsene Wenger’s tutelage as they finished just a point behind Liverpool. The Gunners, though, would be high on confidence after kicking off their 2017/18 campaign with the Community Shield win over Chelsea last week.

Leicester, too, endured an underwhelming campaign last term as they flirted with relegation for large parts of the season before a late flourish saw them finishing 12th, having sensationally won the Premier League title in the previous season.

The corresponding fixture last season saw both teams continue their disappointing start to the season as they played out a drab 0-0 draw that was largely bereft of clear cut goalscoring chances. The Hard Tackle takes a closer look at the encounter.

Arsene Wenger does not have it easy in his very first team selection for the season, with the Gunners blighted with injury concerns ahead of the game. The Arsenal boss could have as many as eight first-team players unavailable on Friday due to fitness issues. The biggest absentee is Alexis Sanchez, who has been heavily linked with a summer exit.

Sanchez has been laid low by an abdominal strain he suffered ahead of the Community Shield last week, and is set to spend two weeks on the sidelines. Santi Cazorla (Achilles), Gabriel (knee) and Jack Wilshere (ankle) are medium-to-long-term absentees for Wenger.

The Frenchman is also sweating over the fitness of Mesut Ozil (ankle) and Aaron Ramsey (calf), with both players struggling with their respective knocks since last week. The absence of the duo could severely deprive Arsenal of creativity and flair, and the onus will be on Granit Xhaka and Alex Iwobi to create the chances.

Per Mertesacker (head) and Shkodran Mustafi (match fitness) are doubtful as well, giving Wenger a major headache in defence as well, with Laurent Koscielny unavailable due to suspension after seeing red in the last match of the 2016/17 season against Everton. 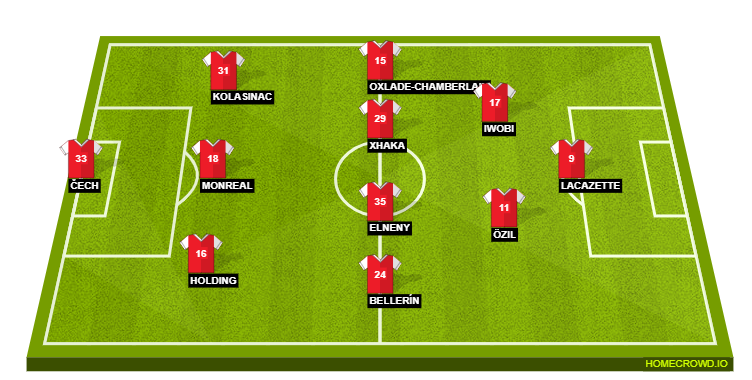 Craig Shakespeare has a few fitness issues to deal with as well. But unlike his counterpart in the Arsenal dugout, the Leicester boss does not have a full-blown injury crisis on his hands ahead of the trip to North London on Friday, with just three players missing from his squad.

One area, though, that will be heavily affected by the absence of key players is the midfield, with Danny Drinkwater (thigh) and summer arrival, Vicente Iborra (groin) both finding themselves on the treatment table. The duo’s absence could prove to be detrimental as they would lose a lot of solidity at the centre of the park.

Additionally, their absence would also put the bulk of the defensive burden on Wilfred Ndidi. Robert Huth is the third absentee from Shakespeare’s squad. But, the Englishman has the services of Harry Maguire, who is likely to be the first-choice centre-back this season.

Meanwhile, Riyad Mahrez is set to start for the Foxes despite handing a transfer request, with Shakespeare making it clear that the Algerian will play as long as he is with the club. Mahrez’s creativity would be hugely beneficial for Leicester, who would be relying on Jamie Vardy to have his scoring boots on on Friday.

Summer signing Kelechi Iheanacho will be the man under the spotlight, coming with high expectations following his big-money move from Manchester City. It will be interesting to see just how well the Nigerian combines with Vardy up front, having given a good account of himself in pre-season. 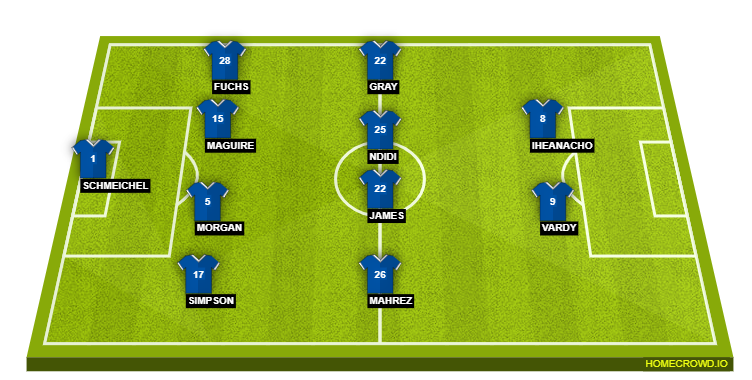 For several years, Arsenal fans have yearned for Arsene Wenger to sign a proven, quality striker to lead the lines, but to no avail. That has changed ahead of the 2017/18 season though, with the Frenchman securing the services of Alexandre Lacazette.

The French striker comes with a proven track record, having been one of the most prolific players in Ligue 1 in the last few years. And ahead of the season opener against Leicester, he is all set to be thrown under the spotlight, with Wenger missing the services of Alexis Sanchez.

The 26-year-old might not be as deadly as the Chilean. But, he does bring the same combination of pace and dynamism to the table that Sanchez has used so efficiently for Arsenal. And against a Leicester side that often struggles against pace, Lacazette could be a frightening prospect.

He does need good service to thrive though, and it will be interesting to see how well he copes if Mesut Ozil fails to recover in time for the match. If the German playmaker does start though, Lacazette could be a force to reckon with on Friday

The day that the English football fans had been waiting for eagerly is finally here, and we have a cracking game on our hands on Friday – the first ever opener of a top flight season on the day in the history of English football.

With Arsenal and Leicester setting some high targets for themselves ahead of the season, a win is imperative for both sides. But neither outfit possesses a good record in the recent opening day fixtures in the Premier League – something that they will be eager to overturn.

With the Gunners missing a lot of key players ahead of the match, Craig Shakespeare might just be fancying his team’s chances of springing a surprise. But, in summer arrival Alexandre Lacazette, midfield lynchpin Granit Xhaka and the in-form Alex Iwobi, Arsene Wenger has enough firepower to overcome the Leicester resistance.

Therefore, The Hard Tackle predicts a first season opening win for Arsenal since 2014, with two of the three aforementioned players likely to grab the goals for them.