Liverpool will conclude their busy pre-season campaign on Saturday when they take on Athletic Bilbao at the Aviva Stadium in Dublin. The match against the La Liga side will be the 8th pre-season fixture that the Reds will test themselves out in before the start of the new season.

The Merseyside club have enjoyed a largely successful preparatory period in the last few weeks, having not lost a single game in regulation time. Jurgen Klopp’s men, though, are coming off a 1-1 draw against Atletico Madrid in the Audi Cup final, which they lost in the penalty shootout.

Bilbao, meanwhile, have already begun their campaign for the 2017/18 season, with the Europa League qualifiers underway. Los Leones are into the fourth and final qualifying stage after overcoming Dinamo Bucharest in the third round with an aggregate score of 4-1.

The two sides are meeting for the very first time in Dublin and ahead of Saturday’s match, The Hard Tackle takes a closer look at the encounter.

As iterated earlier, Liverpool have been busy in preparations for the forthcoming term, travelling all around the world over the last three and a half weeks as part of their pre-season tour. From the DW Stadium on July 14 to Dublin on August 5, through Asia and Germany, the Reds have left no stone unturned.

The big challenge on Jurgen Klopp’s hands during this busy period has been keeping all his players fit ahead of what is going to be a gruelling season thanks to European competition. While the Liverpool boss has largely succeeded in that, two player have failed to escape injury free.

Daniel Sturridge picked up a thigh injury in the 3-0 thrashing of Bayern Munich earlier this week and he will be unavailable as he embarks on his road to recovery. Meanwhile, Adam Lallana has picked up a long-term thigh injury and he will reportedly be out of action for four months.

Apart from the English duo, though, Klopp has a fully fit squad at his disposal and is expected to start with a strong lineup, albeit without Philippe Coutinho, who has not travelled with the squad to Dublin. The Brazilian is likely to be replaced by Georginio Wijnaldum in the starting lineup.

The star attacking trio of Mohamed Salah, Roberto Firmino and Sadio Mane are all set to start the game though, with Jordan Henderson and Joel Matip the other certain starters. Alberto Moreno might get another chance to impress, having given a good account of himself thus far.

Bilbao have experienced a mixed bag of fortunes in their pre-season preparations, winning four, drawing once and losing another game before successfully seeing of Dinamo Bucharest in the third round of the Europa League qualifiers.

As far as team news is concerned, Jose Angel Ziganda is not quite as fortunate as his counterpart in the Liverpool dugout, with as many as four players unavailable for the match. The one is who is the most unfortunate among these is centre-back Yeray Alvarez, who has been diagnosed with testicular cancer.

In addition to Alvarez, the likes of Enric Saborit (groin), Mikel Rico (muscle injury) and Ander Iturraspe (leg) are also absent and are unlikely to start Bilbao’s first league game against Getafe in two weeks’ time.

The injuries aside, Ziganda is expected to field a slightly weakened side against the Reds, with the likes of Aritz Aduriz, Raul Garcia and Iker Munian expected to be given a rest. Talented striker Inaki Williams is likely to start, though, having only faced ten minutes of action on Thursday. 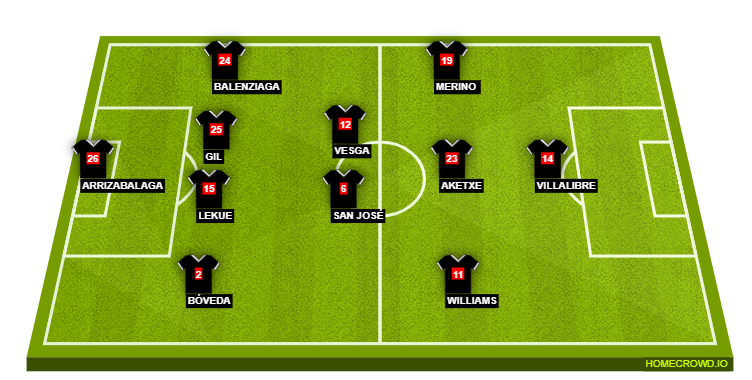 A busy pre-season schedule concludes on Saturday for both Liverpool and Athletic Bilbao as they finish their preparations for the forthcoming campaign. Both clubs will be looking to end their campaigns on a high to start the new season with a lot of momentum.

Having said that, Liverpool look the best placed to come out on top on Saturday, with the competitive fixtures against Dinamo Bucharest likely to have taken a toll on the Bilbao players. With Jose Angel Ziganda likely to start with a largely second string side, the Reds definitely have the edge.

On top of that, with the attacking quartet of Philippe Coutinho, Mohamed Salah, Roberto Firmino and Sadio Mane gelling in well, Jurgen Klopp’s men could run riot at the Aviva Stadium. The Hard Tackle predicts a 3-1 win for Liverpool.