Arsenal will look to end their pre-season campaign on a high by clinching yet another Emirates Cup when they take on Sevilla at the Emirates on Sunday.

Arsenal and Sevilla will resume their preparations for the forthcoming season when they bring the curtains down on this year’s edition of the Emirates Cup. The Gunners hold a four-point lead over their Spanish opponents at the top of the table and just need a draw to win the pre-season tournament for the fifth time.

Both sides won their first game of the tournament on Saturday – Benfica overcame RB Leipzig 1-0 in a hard fought win, while Arsenal beat Benfica 5-2 in an enthralling encounter. With each goal being rewarded with a point, the Gunners have eight points, while Sevilla are second in the table with 4 points.

The North London side were on the wrong side of the result the last time they met Sevilla, with the La Liga side running out 3-1 winners in a UEFA Champions League group stage encounter in 2007. Ahead of their next meeting on Sunday, The Hard Tackle takes a closer look at the Emirates Cup decider.

Arsene Wenger has put his complete faith in the new 3-4-2-1 formation that he doled out at towards the end of the 2016/17 season. The change in system seems to be working wonders thus far as it has paved the way for enhanced solidity at the back, while providing the attacking players more freedom.

Mesut Ozil, in particular, is a man reborn following the shift in style, rediscovering his creative touch to provide the Arsenal attack more fluidity. New arrival Alexandre Lacazette has provided a decent account of himself thus far, working well alongside the German playmaker – something that bodes well for the Gunners.

Meanwhile, Alexis Sanchez and Shkodran Mustafi continue to remain unavailable. The duo were on an extended holiday following their participation in the Confederations Cup and are only just returning for pre-season training.

Santi Cazorla (Achilles), Gabriel (ankle) and Jack Wilshere (ankle) are short-to-long-term absentees, and will play no part. Other players missing from Wenger’s squad are Mathieu Debuchy, Kieran Gibbs and Carl Jenkinson, who are set to leave Arsenal this summer and are training with the under-23s.

The likes of Granit Xhaka, Theo Walcott and Sead Kolasinac are likely to start on the bench on Sunday after featuring prominently on Saturday. The likes of Lacazette, Danny Welbeck and Hector Bellerin are expected to start, though. 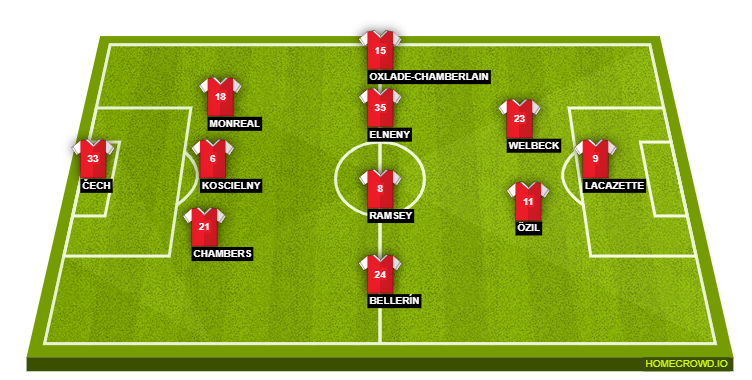 Eduardo Berizzo has taken charge at the helm at Sevilla and the most stark difference from his predecessor, Jorge Sampaoli’s system is that the Spanish side bare a more defensively solid look, while being as threatening as ever on the attacking front.

As far as the team news is concerned, Berizzo, like Wenger, will likely ring in the changes on Sunday after several players featured heavily in the match against Leipzig. The likes of Ever Banega, Nolito and Wissam Ben Yedder, in particular, are expected to drop to the bench.

Meanwhile, the likes of Pablo Sarabia, Joaquin Correa and Ganso, who joined the squad belatedly due to work permit issues are all set to start. Speaking of work-permit troubles, Luis Muriel and Yan Eteki have not been able to travel with the Sevilla squad pertaining to the aforementioned issues, and are missing some crucial practice in the process.

The La Liga side will be expected to hit the ground running against Arsenal, with a significant four-point gap to make up on the hosts. The role of Steven N’Zonzi will be important too, as he will be tasked with keeping the Gunners’ attack at bay. 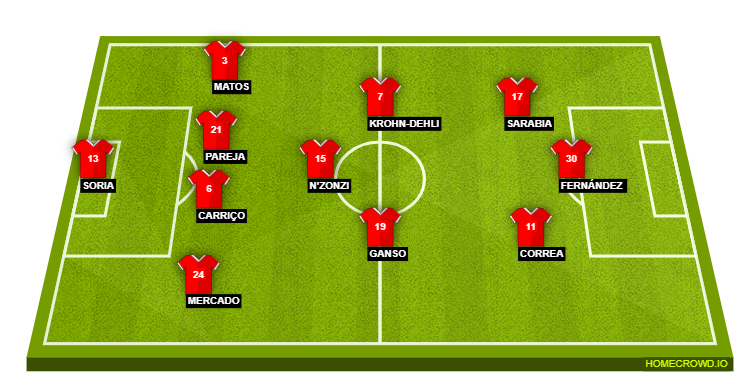 The 2017 edition of the Emirates Cup concludes on Sunday with Arsenal and Sevilla locking horns in a winner takes all contest. And while the match is just a friendly on the face of it, both sides will be aiming to end the tournament with a win to carry some vital momentum into the forthcoming season.

Therefore, the two sides are likely to play an expansive brand of football in search of the all-important goals. On the flipside, such an outlook could prove to be a big test for their respective defensive units, as the two sides aim to add more solidity to their game.

Arsenal, though, boast a lot of quality up front, with the rejuvenated Mesut Ozil being their trump card. And so, The Hard Tackle predicts a hard fought 2-1 win for the hosts, with Alexandre Lacazette and the German playmaker being the difference makers to help clinch the Gunners a fifth Emirates Cup triumph.