Tottenham and AS Roma will look to resume their preparations for the forthcoming season when they take on each other in 2017 International Champions Cup at the Red Bull Arena in New Jersey. Both clubs finished runners-up in their respective leagues and are looking to go a step further next season.

Tottenham are only just beginning their pre-season campaign, with the tie against Roma being their second game. Meanwhile, the Roma machine is starting to oil up under new boss Eusebio Di Francesco, with Spurs being their fourth opponents so far.

Both sides are coming off their respective matches against PSG. While Tottenham began their campaign on an emphatic note, with a 4-2 win over Les Parisiens, Roma ended regulation time against the French giants with a 1-1 draw before losing out in penalty shootouts.

The two clubs have met just once in their entire history, with Tottenham running out 5-0 victors in a friendly encounter in 2008. Ahead of their second matchup, The Hard Tackle takes a closer look at the International Champions Cup game.

Tottenham supporters have been greeted by the positive news of Mousa Dembele (foot) and Harry Winks (ankle) recovering from their respective injuries. But, Danny Rose, Heung-min Son, Erik Lamela and Moussa Sissoko are all still on the treatment table and have not travelled to the US.

Mauricio Pochettino chose to utilise a balanced mixture of youth and experience in his side when Spurs took on PSG last week. And the Argentine is expected to continue with the same system to aid the young players’ learning process.

The likes of Hugo Lloris, Jan Vertonghen, Mousa Dembele, Eric Dier and Christian Eriksen all started against the French giants, while Harry Kane, Dele Alli and others were second half substitutes. The latter duo is expected to start against the Giallorossi, alongside Kieran Trippier and Toby Alderweireld.

Harry Winks is expected to start as well after getting 30 minutes of action against PSG. Considering the match against Roma is only their second outing though, the players are only expected to continue catching up to the pace and regaining fitness ahead of the forthcoming season. 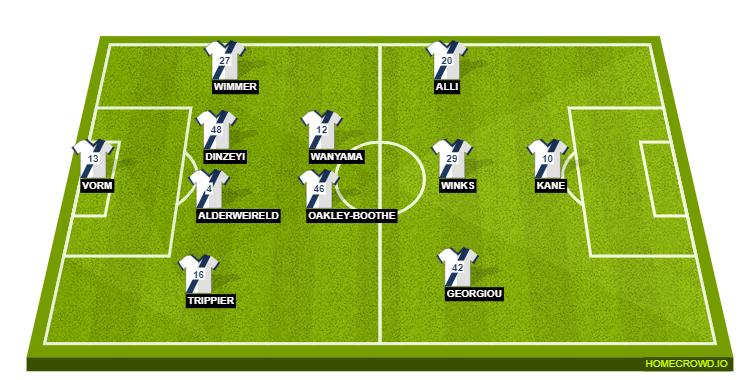 Unlike his counterpart in the Tottenham dugout, Eusebio Di Francesco does not have many injury concerns to deal with ahead of the match against Spurs. In fact, Stephan El Shaarawy is the only absentee in an otherwise fit and firing squad, as he continues to recover from a back injury.

Even though it has only been three games since Di Francesco first took charge for Roma, a key change from his predecessor, Luciano Spalletti’s style of play is the focus on the defensive side of the game, and a preference towards a back-four.

As far as attack is concerned, Mohamed Salah’s pacy outlet will be missed dearly up front by the Roma faithfuls, although the returning Lorenzo Pellegrini brings a lot of guile into the attack – something that could complement the style of Edin Dzeko.

Midfield will be the strong suit for the Giallorossi though, with the likes of Kevin Strootman, Daniele De Rossi and Radja Nainggolan adding a lot of steel at the centre of the park. Brazilian goalkeeper Alisson, meanwhile, is the man to replace Wojciech Szczesny, who has joined Juventus. 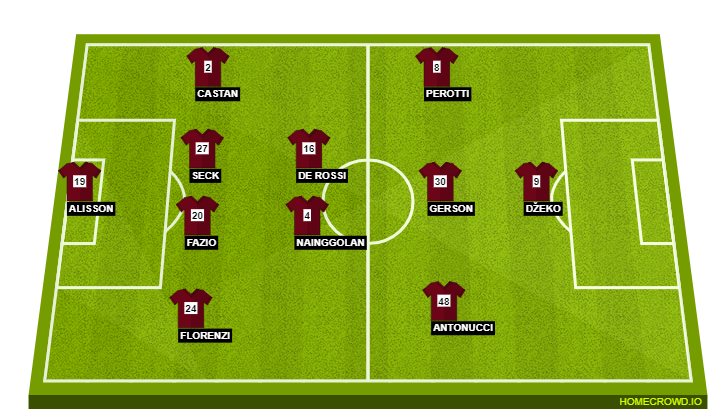 Tottenham seem to be behind their Premier League rivals on quite a few accounts. Not only have Spurs been quiet in the transfer market, with Kyle Walker’s exit being the only significant movement around North London, Mauricio Pochettino’s men are also the latest to get their pre-season campaign underway.

With only two further friendlies left after the match in New Jersey, Pochettino’s key concern will be to get his squad’s collective fitness up to a desirable level. Roma, on the other hand, will be playing their fourth friendly before they wrap up their campaign against rivals Juventus.

The respective managers, though, will have different objectives from the match, with Tottenham being slightly behind in the fitness department. However, Roma need to step up their game in the final third in order to take anything from the match.

With Harry Kane and Dele Alli looking lively for Tottenham, the North Londoners are likely to clinch a closely-contested match. The Hard Tackle goes with an win for Spurs, grabbing the odd goal in three against Roma.