A place in the final is up for grabs as Portugal take on Chile in the first semifinal of the Confederations Cup in the Kazan Arena on Wednesday.

The 2017 FIFA Confederations Cup is reaching its climactic end with the Last 4 stage set to commence on Wednesday. The first semifinal pits the winners of Euro 2016, Portugal against the Copa America champions, Chile at the Kazan Arena as two of the pre-tournament favourites do battle for a spot in the final.

Portugal progressed to the semifinal as the winners of Group A, winning two and drawing one of their three games. The Seleccao started their campaign with a 2-2 draw against Mexico, but followed that up with a gritty 1-0 win over hosts Russia before thrashing New Zealand 4-0 to clinch top spot.

Chile, too, come into this match without losing a game but they only managed to win their opening game against Cameroon 2-0 before they played out two 1-1 draws against Germany and Australia to finish runners-up in Group B behind Joachim Low’s men.

Fernando Santos’s men have slowly grown into the competition as the tournament has progressed – on both ends of the pitch. Defensively, Portugal have been true to their identity by being rock solid, while offensively they are starting to blow their opposition away following the addition of Bernardo Silva and Andre Silva.

One of these exciting young forwards, Silva, though, is doubtful for the match after picking up a knock in training. The latest reports, however, suggest that the Manchester City attacker is expected to overcome the setback to be fit for the match on Wednesday.

But, the problems at the back are concerning for Santos, as he will be without the services of two of his key first-team players. Pepe is suspended for the match after picking up his second booking of the tournament. In his absence, Jose Fonte is likely to partner Bruno Alves at the heart of the Portugal defence.

Meanwhile, left-back Raphael Guerreiro is set to miss the rest of the competition due to an ankle injury, with Benfica defender Eliseu set to replace him on the left side of defence. Up front, Andre Silva is set to continue as the strike partner for Cristiano Ronaldo despite Nani grabbing a goal against New Zealand. 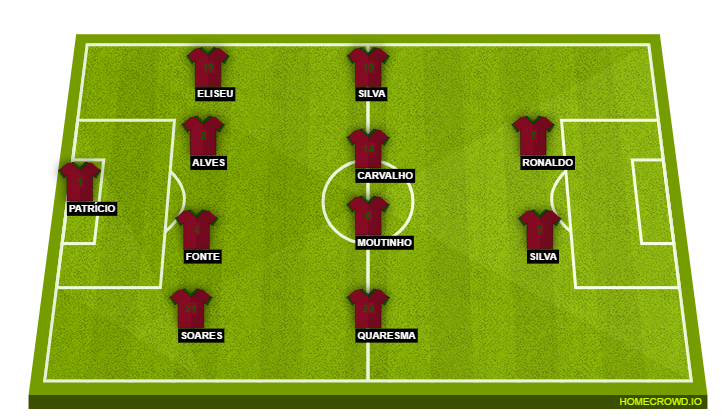 The Copa America champions are yet to hit top form so far in the Confederations Cup as Chile have not looked anything like the defensively solid and enterprising attacking side that has taken the football world by storm in the last few years.

Alexis Sanchez, though, continues to remain the biggest threat in Juan Antonio Pizzi’s side. The Arsenal forward also created history during the group stage, as he became Chile’s all-time leading goalscorer with his goal against Germany.

And against a Portugal side that is missing two of their most important defenders, Sanchez’s relentless attacking style, coupled with Eduardo Vargas’s poaching instincts could make the difference. Meanwhile, Pizzi has absolutely no injury concerns to deal with ahead of the crunch match on Wednesday.

Claudio Bravo overcame his injury problems to start the final group game for La Roja and the Chile captain is expected to continue between the sticks bar any further issues. Gary Medel, meanwhile, is likely to return to the starting lineup after recovering from the hamstring problem that forced him to sit out the match against Australia. 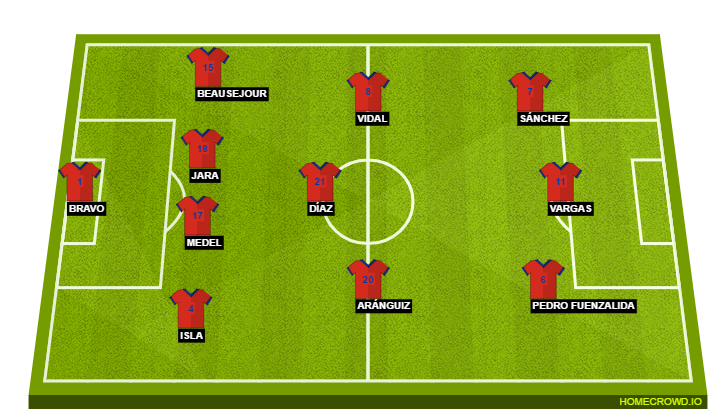 The Confederations Cup is now down to the final four teams, as the semifinals begin on Wednesday. Two of the most exciting sides in the tournament are set to go head-to-head with each other to clinch a place in the final where they will meet either Germany or Mexico.

Portugal are the competition’s form side having hit their stride just ahead of the commencement of the Last 4 stage. Meanwhile, opponents, Chile are yet to find their best form as they have often struggled to find the back of the net.

Against a free scoring Portugal though, La Roja are likely to be afforded more space than they have been so far in the competition, and with Pepe and Raphael Guerreiro not taking part in Wednesday’s match, it won’t be a surprise if Alexis Sanchez and co. find top form.

Having said that, Bernardo and Andre Silva’s inclusion has transformed Fernando Santos’s side, and the Seleccao are likely to make their form count, considering the form Cristiano Ronaldo is in. The Hard Tackle predicts a closely contested 2-1 win for Portugal.