Russia host Portugal in their second Group A Confederations Cup match at the Otkrytiye Arena in Moscow on Wednesday.

The second round of the group stages in the FIFA Confederations Cup commences on Wednesday, when Group A leaders Russia host Portugal at the Otkrytiye Arena in Moscow. A win for the hosts will see them through to the semifinals, while a Portugese triumph will throw the group wide open.

Stanislav Cherchesov’s men come into this match on the back of a comfortable 2-0 win over New Zealand in the opening match of the tournament. On own goal by Michael Boxall in the first half was doubled by Fedor Smolov’s close-range finish that sent Russia to the top of Group A.

Portugal, meanwhile, kicked off their campaign with a frustrating stalemate as they were held to a 2-2 draw by Mexico on Sunday. Goals from Ricardo Quaresma and Cedric Soares had twice given sent the Seleccao in the lead in the match, but Hector Moreno broke the Portuguese hearts with his injury time equaliser.

The two sides last met in a friendly back in November 2015 when Russia overcame a largely second string Portuguese side in a 1-0 win, thanks to Roman Shirokov’s goal late into the match. Ahead of their crucial encounter on Wednesday, The Hard Tackle takes a closer look at the encounter.

Russia made a flying start to their campaign in the Confederations Cup, although the win did come against arguably the worst team in the competition – New Zealand. Nevertheless, Stanislav Cherchesov’s men cut a composed lot throughout the match to set up an enticing tournament for them.

Their opposition might have been one of the least threatening in the competition, but Russia have a strong base set up with their pro-defence system, keeping things tidy and organised at the back with five defenders in the lineup. However, Igor Akinfeev is still expected to be a busy man between the sticks for the hosts against a rapid Portugal.

Meanwhile, the midfielders should continue with their style of pressing hard in order to mount the pressure on a frail Portuguese defence. While Denis Glushakov will be a key man in front of defence, Aleksandr Erokhin could miss out after he came off injured in the second half against New Zealand.

There are unlikely to be any other changes for Russia, and the onus will be again be on the prolific Fedor Smolov to get the all-important goals for his side, with Dmitri Poloz providing support to the Krasnodar striker. 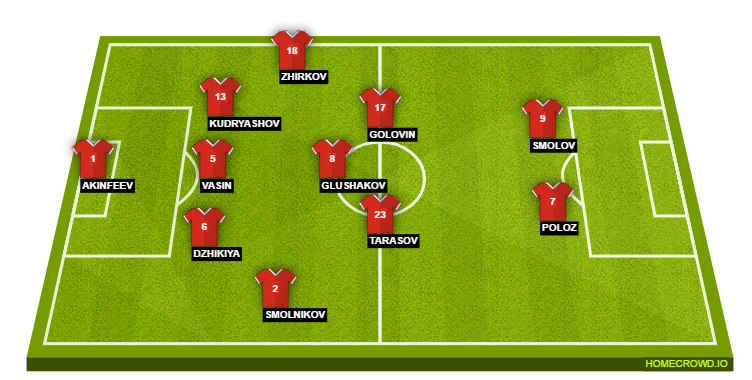 Fernando Santos’s men, meanwhile were off to a disappointing start to their Confederations Cup campaign as they were held to a 2-2 draw by Mexico. And judging by the performance in the match as well as their last few outings, it is clear that their defence is nowhere near the levels of last year’s Euros triumph.

An injury filled season with Real Madrid seems to have taken its toll on Pepe, while age is definitely catching up with Jose Fonte. The energetic left-back Raphael Guerreiro was often caught out of position, although Cedric Soares was a dependable defender on the opposite flank.

In midfield, Joao Moutinho and William Carvalho offered solid presence in front of the back-four, but Andre Gomes blew hot and cold in the encounter. And with Santos having indicated that he is likely to make rotations in the tournament, the Barcelona midfielder could make way for the pacier outlet in Gelson Martins.

The key men for Portugal, meanwhile, will be Cristiano Ronaldo and Ricardo Quaresma, the two men who combined for the first goal against Mexico. However, the Seleccao will need to far more clinical against Russia after they wasted several opportunities in their first game. 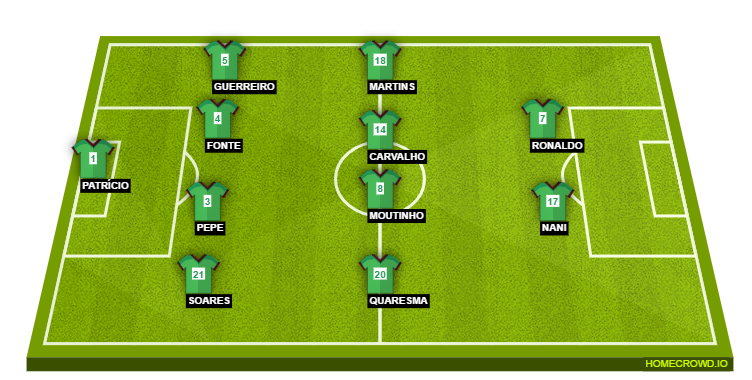 Quaresma will be the key man for Portugal. (Photo courtesy – Yuri Cortez/AFP/Getty Images)

Captain, Cristiano Ronaldo may be the star man for Portugal, but the player who is likely to the difference maker in Fernando Santos’s side is Ricardo Quaresma. The veteran forward has often flattered to deceive at the club level, having failed to deliver on his promising talent.

The story is entirely different in international football, though, for Quaresma, as he has managed to remain a bright spark for his national side, especially in the last few years. The same was true in the match against Mexico, as the 33-year-old attacked the flanks with aplomb while also taking the most shots in the match – 6.

He will need to produce a similar performance against a more stubborn Russian defence on Wednesday, while at the same time be more clinical in order to ensure a positive result for Portugal.

The hosts started their campaign in the Confederations Cup in the perfect manner as the win over New Zealand last week takes them a step closer to clinching progression to the semifinals. On the other hand, Portugal are desperately seeking a win to move to the next stage after a disappointing draw against Mexico.

The Seleccao’s record in Russia, though, leaves a lot to be desired and they will need to shed their wastefulness in front of goal in order to turn that record on Wednesday. The hosts, too, were not clinical enough, and both sides will need to up their attacking output in order to end up on the right side of the result.

Having said that, a hurting Portugal have the required firepower to overcome a stubborn Russian side. The Hard Tackle predicts a hard fought 2-1 win for Fernando Santos’s men to take command of Group A.