France host England at Stade de France on Tuesday night in what is one of the most highly-anticipated international friendlies in the latest round of fixtures.

France and England are set to resume their intriguing rivalry on Tuesday night, when Les Bleus play hosts to Gareth Southgate’s men at the Stade de France. The match provides both Southgate and Didier Deschamps the chance to test a few players as they build their respective squads up for the 2018 FIFA World Cup.

Both sides come into this match on the back of disappointing results in their qualifying campaigns. England managed to avoid a shock loss to Scotland as Harry Kane struck late to earn a 2-2 draw, but France were not that lucky as a last minute goal by Ola Toivonen condemned them to a 2-1 loss to Sweden.

The match will see the Video Assistant Referee trialled for the first time in an England game as FIFA looks to ascertain if it can be used in next year’s World Cup. Meanwhile, France will pay their respect to those who were affected by the attacks in London and Manchester with their rendition of the Oasis song ‘Don’t Look Back in Anger’.

The two sides will hold a minute’s silence in respect of the victims of the attacks in London and Manchester. (Photo courtesy – Paul Gilham/Getty Images)

While there is little to play for on Tuesday, both teams will be eager to shrug off their previous result with a win. The Hard Tackle takes a closer look at the highly intriguing international friendly.

The major news from the French camp is that captain Hugo Lloris is set to keep his place in the starting lineup despite his blunder costing them the match against Sweden last week. In front of the shot stopper though, Didier Deschamps is set to ring in a few changes to test his youngsters.

Samuel Umtiti is likely to make his way back to the starting eleven in place of Laurent Koscielny. In what could potentially be Le Bleus’ back-four for several years, the Barcelona centre-back should have Djibril Sidibe, Raphael Varane and Benjamin Mendy alongside him on Tuesday night.

The midfield is also set to have an element of youth and inexperience in it, with Ousmane Dembele and Thomas Lemar set to get a run on either flank. Meanwhile, N’Golo Kante and Adrien Rabiot are also staking a claim for a start at the heart of midfield, and either one of them is likely to slot into the lineup.

Up front, the in-form Olivier Giroud should keep his place in the starting eleven after scoring four goals in the last two games. The Arsenal striker will have teenage prodigy Kylian Mbappe for company, with Antoine Griezmann set to be given a rest. 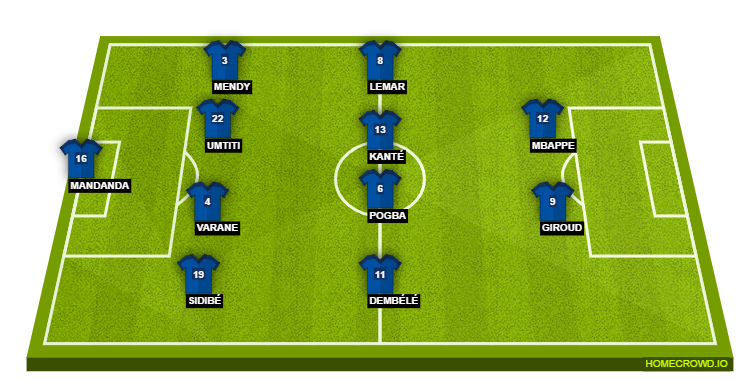 While Lloris is set to continue between the sticks for France, his counterpart in the England goal, Joe Hart will watch from the sidelines on Tuesday, with Gareth Southgate confirming that Tom Heaton is set to make his debut for the Three Lions.

The Burnley goalkeeper will play the first 45 minutes on Tuesday with Jack Butland playing the second half. Additionally, several other fringe players are likely to get a run in the lineup on Tuesday, with Ben Gibson and Kieran Trippier, in particular, likely to make their England debuts.

In midfield, Eric Dier is likely to have the in-form Alex Oxlade-Chamberlain for company. Meanwhile, Tottenham striker, Harry Kane, who is reportedly set to be confirmed as the permanent captain of the England national side, will lead the side once again. 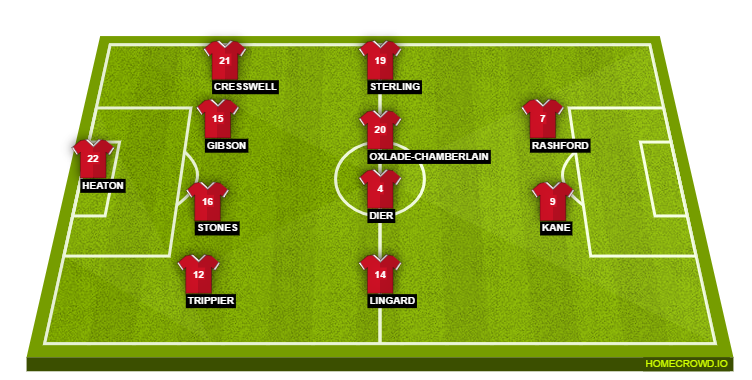 Set to renew their rivalry on the touchline. (Photo courtesy – Adrian Dennis/AFP/Getty Images)

There isn’t much to play for on Tuesday, with the summer break looming large. Both Gareth Southgate and Didier Deschamps are likely to use this match to shape their respective squads in the build up to the World Cup next year, and this is where France’s superior quality in depth should hand them the advantage.

On top of that, England have been poor travellers of late, and with just one win in six in France – a victory that came 20 years ago – the Three Lions’ away record in unlikely to improve. Harry Kane, though, should continue his fine form and he is the likeliest of the England players to find the back of the net.

It should be a keenly contested affair at the Stade de France, though, and Gareth Southgate will hope for his side’s stubborn nature to surface off the ball. The Hard Tackle predicts a hard-fought 2-1 win for Les Bleus on Tuesday.