A classic David vs Goliath encounter awaits on Tuesday, as Singapore host Argentina at the National Stadium.

The biggest football spectacle in Singapore’s history is set to unfold on Tuesday, as the Lions play hosts to Argentina at the National Stadium in what will be a once-in-a-lifetime opportunity for fans of the game in the country.

Los Albiceleste come into this match on the back of a hard-fought 1-0 win over bitter rivals Brazil as Sevilla defender Gabriel Mercado netted the only goal of the match. The hosts, meanwhile, lost an AFC Asian Cup qualifying match to Chinese Taipei, going down 2-1 in the crucial encounter on Saturday.

The Argentinians train ahead of the friendly match against Singapore on Tuesday. (Photo courtesy – Roslan Rahman/AFP/Getty Images)

The match will be the first ever meeting between the two sides, and ahead of the game on Tuesday, The Hard Tackle takes a closer look at the friendly.

V. Sundramoorthy is managing a squad of players who are not quite well known outside Singapore. The hosts’ manager, thus, has a sizable task at his hands when his side faces up against a depleted, yet formidable Argentina side on Tuesday.

And Sundramoorthy will be without the services of star attacker Khairul Islam, who is nursing an injury, thereby making the Singapore boss’s job all the tougher on the night.

All eyes, though, will be on promising youngster Irfan Fandi, a player who honed his skills during his developmental years in Chile, and is being rated very highly in Asia. The teenager has impressed with his reading of the game as well as his versatility to play across various positions in the park.

Meanwhile, Hassan Sunny is set to be a busy man on Tuesday against an Argentina attack that should test the goalkeeper all night long. A resolute performance from the veteran could see the hosts delay the inevitable and frustrate Jorge Sampaoli’s men. 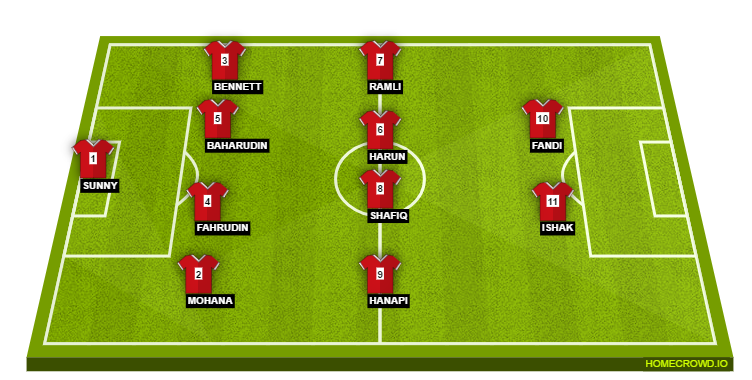 Argentina started to life under Jorge Sampaoli in the best possible way as they overcame fierce rivals, Brazil in his first match in charge. His next assignment is quite straightforward on paper and he is, thus, set his team up in an experimental way, in a bizarre 2-3-4-1 formation.

The Argentina boss will be without the services of Lionel Messi and Gonzalo Higuain, with the duo heading back home after the match against Brazil. Meanwhile, centre-back Nicolas Otamendi will be unavailable as well, due to personal reasons.

Coming back to the formation that Sampaoli will experiment with on Tuesday, and he will have just two defenders in his starting lineup – Federico Fazio and Emanuel Mammana. In front of the duo, will be the midfield trio of Marcos Acuna, captain Lucas Biglia and Eduardo Salvio.

The star man for Argentina, meanwhile, in Messi and Higuain’s absence will be Paulo Dybala, who will be the main attacking outlet for his side. Angel Correa will be the focal point of the Los Albiceleste’s attack, with Mauro Icardi sidelined with injury. 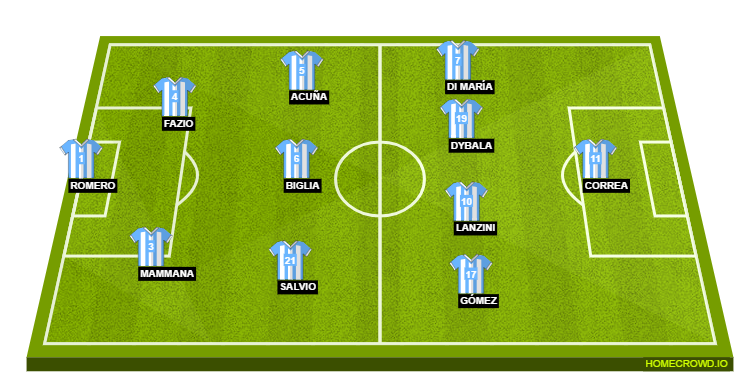 This is a match that has very little significance for Argentina apart from Jorge Sampaoli getting to know his squad better while also testing out some fringe players. On the other hand, the game is as big as it gets for Singapore, who are set to play the biggest spectacle in their footballing history.

The minnows recently struggled to command the possession of the ball against Chinese Taipei, and it is likely to be more of the same against a side that has the likes of Angel Di Maria, Paulo Dybala and Manuel Lanzini in attack.

Having said that, Los Albiceleste are unlikely to push too hard on the night in spite of which they are expected to coast on to a win. The Hard Tackle predicts a walk in the park for the visitors, with the fans in the National Stadium set to be treated to some unadulterated attacking football.