Top spot in Group A is on the line as second-placed Sweden host group toppers France at the Friends Arena on Friday.

The second half of the World Cup qualifying campaign in Europe kicks in on Friday, and the marquee clash in Group A sees Sweden play hosts to France. A win for Janne Andersson’s side will see them leapfrog the visitors into first place on goal difference, with just four games remaining in the campaign.

Both sides come into this match on the back of big wins. Sweden toppled Portugal in a 3-2 friendly win back in March after Joao Cancelo struck an own goal in injury time. France, meanwhile, overcame Paraguay in a thumping 5-0 win in Lorient last week with Olivier Giroud stealing the show with his hat-trick.

The reverse fixture in the Group A qualifying campaign saw France beat Sweden 2-1 in a closely contested affair with Dimitri Payet hitting the winning goal midway through the second half. The Hard Tackle takes a closer look at Friday’s fixture set to be played at Friends Arena in Stockholm.

Sweden have moved on well from a disappointing Euro 2016 campaign. And despite losing the instrumental Zlatan Ibrahimovic to retirement, Janne Andersson’s side have thrived in the last one year. The Sweden boss has a good mix of experience and youth at his disposal that has helped him forge an exciting side.

One of the most recognisable names in Andersson’s squad is Victor Lindelof, who has worked well alongside captain Andreas Granqvist at the heart of Sweden’s defence. The duo will again be key to their side’s fortunes against a French attack that will test them all through the ninety minutes.

In midfield, Emil Forsberg continues to blossom into one of the most enterprising attacking players in Europe, and after enjoying a stellar campaign with RB Leipzig, he will again be tasked with creating the chances for his national side on Friday.

Up front, Andersson has a big dilemma to make surrounding his choice of striker, with the likes of John Guidetti, Marcus Berg and Ola Toivonen all making a case for their inclusion. It’ll be interesting to see which two strikers make the cut against France. 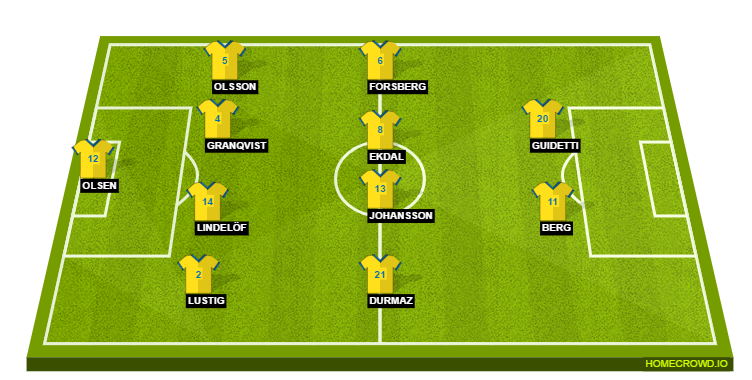 France will be the favourites ahead of the match and with good reason, with Didier Deschamps having one of the most exciting young squads in Europe at his disposal. In fact, the France boss also has the luxury of having to choose from two quality players for each position in his squad.

The aforementioned is sure to leave a dilemma for Deschamps in defence in particular, with Raphael Varane, Laurent Koscielny and Samuel Umtiti the three big-name centre-backs at his disposal. With Varane only joining the squad earlier this week, chances are that Koscielny and Umtiti will continue at the heart of France’s defence.

In midfield, too, Deschamps has the task of choosing from the likes of Paul Pogba, Blaise Matuidi, N’Golo Kante, Adrien Rabiot and Corentin Tolisso for two positions at the centre of the park. While Pogba appears to be an early certainty, it’ll be interesting to see if Tolisso gets to add to his solitary appearance.

Considering the significance of this game though, it is likely that the France manager will choose to stick with the experience of Matuidi. Meanwhile, the attack picks itself up, with last Friday’s hat-trick hero Giroud, Antoine Griezmann and Dimitri Payet definite starters. 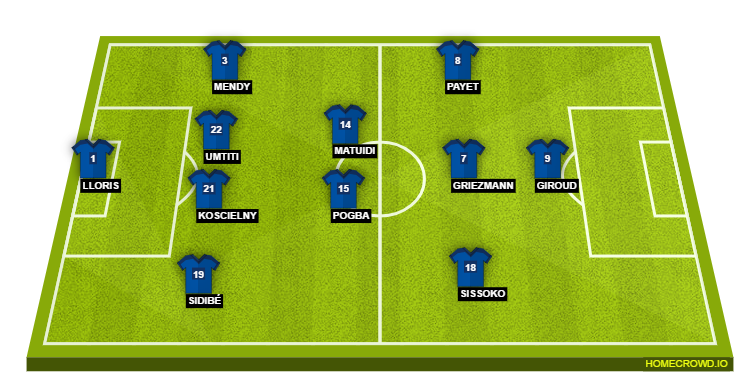 Forsberg enjoyed a stellar campaign with RB Leipzig as the Bundesliga newcomers surprised everyone with their second place finish in 2016/17. And the 25-year-old was the architect-in-chief for the Eastern German outfit, as he provided a whopping 22 assists in 30 Bundesliga games.

Forsberg has emerged as the key man for Sweden as well, albeit with regards to goalscoring, as he has found the back of the net three times in his national side’s World Cup qualifying campaign, including a goal in the reverse fixture against Les Bleus.

On Friday, the Leipzig attacker is likely to be instrumental to his side’s fortunes yet again. And if Sweden are to shock the visitors on the night, Forsberg will need to see as much of the ball as possible as his vision will allow him to create the opportunities for his strikers to convert from.

There was little to separate the two sides when they met in Saint-Denis in November last year. And the match on Friday is likely to be yet another closely contested affair, with Janne Andersson forging a side that does not allow many clear cut chances to be created against them.

However, Deschamps has a lot of quality to call upon, and if his starting eleven fails to get past what is likely to be a stubborn Swedish defence, he still has the likes of Kylian Mbappe, Ousmane Dembele and others to fall back on as Plan B.

A win would take France a step closer to booking a date in next year’s World Cup by opening up a sizable gap atop Group A and that is exactly what they should do on the night, bar any significant dip in form by Deschamps’s key men.