Luis Enrique will look to leave Barcelona on a high when his side takes on Deportivo Alaves in the final of the Copa Del Rey on Saturday.

The Spanish season ends on Saturday, when Barcelona face Alaves in the Copa Del Rey final which is also set to be Vicente Calderon’s final bow. The match will also see Luis Enrique take charge of his final game for the Catalan club.

Barcelona have endured an underwhelming campaign by their own lofty standards as they relinquished the La Liga title to bitter rivals Real Madrid, falling short by just three points in the end, while also bowing out of the Champions League at the Last 8 stage to eventual finalists Juventus.

Meanwhile, the team on the opposite side, Deportivo Alaves have a lot to be pleased about how their campaign went in their return to the Spanish top flight for the first time in 10 seasons. The Basque club not only finished ninth in La Liga, but also surprised everyone by reaching the final of the King’s Cup.

The two sides have previously met twice this season, with both Barcelona and Alaves boasting of a win apiece. Ahead of their third and final meeting of the season, The Hard Tackle takes a closer look at the final of the Copa Del Rey.

Luis Enrique does not have many injury concerns to deal with ahead of the final as he only has one long-term absentee in Rafinha missing from his squad due to fitness issues – the Brazilian has been sidelined with a knee injury that will keep him out of action until the start of next season.

Other than Rafinha, there are two more players who will not feature for Barcelona on Saturday, with Sergi Roberto, who has played as a makeshift right-back this season, and Luis Suarez serving a one-match ban in the game.

However, Enrique does have a positive news coming his way ahead of Saturday’s match as Aleix Vidal is fit and available following a remarkable recovery from an ankle injury.

The Spaniard was initially believed to have had his season ended prematurely following the dislocation of his ankle but has made an early recovery to make the squad for the cup final. He is now likely to start as right-back in Roberto’s stead on Saturday.

Meanwhile, Luis Suarez is set to be replaced by Paco Alcacer as the focal point of the Barcelona attack, with Lionel Messi and Neymar giving him company in the attacking trio. Gerard Pique should also be back in the side after missed the last two games due to illness. 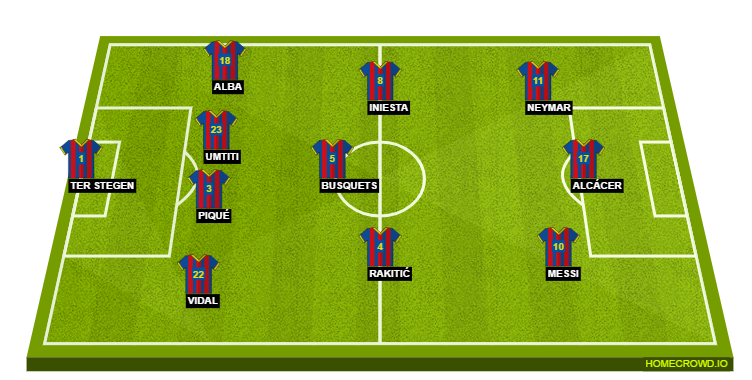 Unlike his counterpart in the Barcelona dugout, Mauricio Pellegrino does have a few pressing fitness issues to deal with ahead of Saturday’s final, with as many as three first-team players unavailable for his squad to take on the Blaugranas.

Defence is the worst-hit area for Alaves. Victor Laguardia and Einar Galilea are sidelined with their respective cruciate ligament injuries and the duo is unlikely to be fit in time for the start of next season.

Spanish midfielder Sergio Llamas, too, will not play a part for the Basque club on Saturday, as he is recovering from a thigh injury he sustained earlier this month. Meanwhile, Pellegrino is also sweating over the fitness of Rodrigo Ely, who is dealing with a muscle injury.

The spotlight, though, will be on Theo Hernandez who has been heavily linked with Barcelona as well as Real Madrid, as he faces off against Lionel Messi on the left side of the Alaves defence. Marcos Llorente, meanwhile, will look to cut off Barcelona’s supply chain by keeping Andres Iniesta quiet on the night. 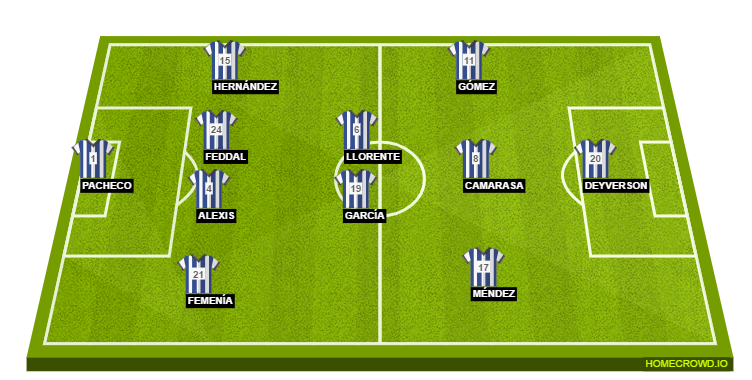 This is a match that offers Barcelona a chance to salvage some pride for the current campaign after failing in their pursuit to win the La Liga and Champions League titles. And heading into the final on Saturday, the Catalans are the heavy favourites as they face off against minnows, Alaves.

The Basque club have surprised everyone in their run to the final of the competition, and have been one of the hardest sides to beat in Spain this season, which suggests that El Babazorros are unlikely to be pushovers even against the might of Barcelona.

Having said that, Alaves do not really possess the firepower that can trouble Barcelona’s defence on the night, and it is hard to see them find the back of the net.

Meanwhile, Lionel Messi and Neymar have been in blistering form of late, and if they play to potential the duo can lead Barcelona to their only title win this season. Expect Luis Enrique to bow out in style as Barcelona boss, with his side running out the winners on Saturday.