The Gunners are on a fine run of form going into the match, with four victories in a row in the English Premier League – including a 2-0 victory over Manchester United and an impressive 4-1 thrashing of Stoke City.

Nothing but a victory will do for Arsene Wenger’s side, who currently sit in 5th position in the table, 1 point behind Liverpool – who face Middlesbrough – and 3 points behind Manchester City – who travel to Watford on Sunday.

The Gunners arguably have the toughest fixture on the final day of the season but given Everton’s mixed form going into the match – just 2 wins, 1 draw and 2 losses in the last five games – Arsenal will be favourites on Sunday evening

Arsenal need the results in the other games to go their way if they have any hope of finishing inside the top four and interestingly, should Liverpool draw or lose their match or Manchester City lose their, we could potentially have a play-off game for fourth position depending on the scorelines and results in all three fixtures.

It will also mark the final game of the season at the Emirates and we could see a very different Arsenal side take to the pitch next season as there is huge uncertainty over the futures of several players and Arsene Wenger himself.

Laurent Koscielny is likely to return from an Achilles injury that has been flaring up in recent weeks, and Arsene Wenger will be hoping the Frenchman can stay fit for Arsenal’s final two games of the season.

Koscielny revealed earlier this week that he requires daily injections for the chronic tendinitis he has in both feet and missed did not feature during Arsenal’s 2-0 victory over Sunderland on Tuesday night.

Alex Oxlade-Chamberlain has also been nursing an injury and could be handed a rest in order to preserve him for the FA Cup final, with Hector Bellerin a more than able replacement for the Englishman in the right wing-back position.

Aaron Ramsey was substituted during the win against Sunderland with some concern over an injury but Arsene Wenger said after the game that the Welshman was “alright,” meaning he could potentially start alongside Granit Xhaka.

Alexis Sanchez played despite an injury and scored both goals against Sunderland so he will definitely feature against the Blues, although it is still unclear as to whether Olivier Giroud or Danny Welbeck will start up front for Arsene Wenger’s side. 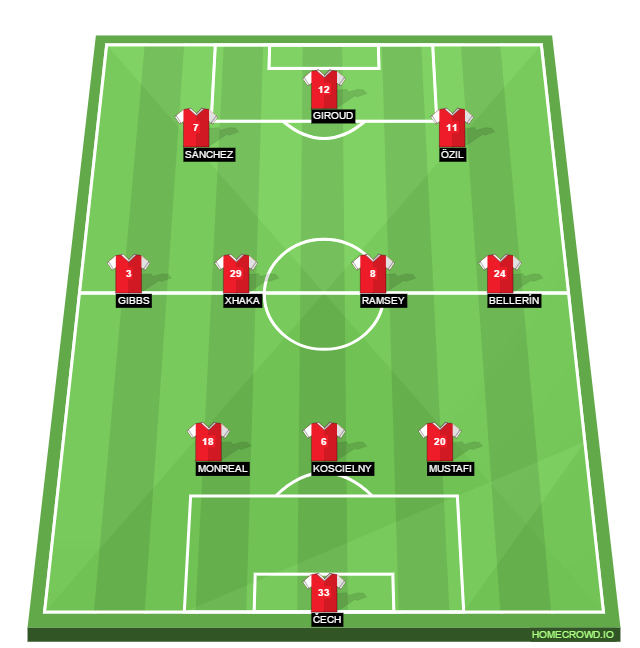 Everton will be without long-term absentees including Ramiro Funes Mori, Yannick Bolasie and Seamus Coleman. Other than that, Ronald Koeman does not have any fresh injury concerns or suspensions to contend with going into the match.

Romelu Lukaku is only 2 goals behind Harry Kane in the Premier League scoring charts, with the pair on 24 ad 26 goals respectively, while Alexis Sanchez trails them in third place with 23 goals. Both players will do everything they can to add to that tally against Arsenal and Lukaku will be central to Everton’s attacking play as he has been this season.

This could also potentially be Ross Barkley’s final match in an Everton shirt, with the Englishman’s future at the club far from certain. Barkley, who joined the club as an 11-year old, has yet to sign a new contract and Ronald Koeman has stressed that his patience is running out.

However, this is highly unlikely to stop Koeman from fielding his strongest side against the Gunners, so Barkley will almost certainly feature up front alongside Kevin Mirallas and Romelu Lukaku on Sunday evening. 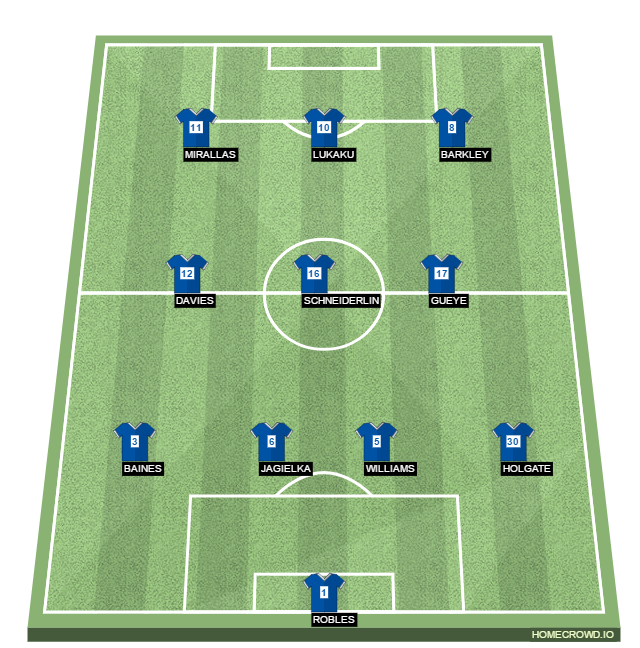 Ronald Koeman has managed to outwit Arsene Wenger on a few occasions in the past and will be looking to do it again on Sunday night. Everton will definitely pose a test for the Gunners but the Blues have been in poor form of late.

Arsenal should edge this one and will be the more fired up of the two sides, given that Everton have nothing to play for and with Sanchez in brilliant form over the last few matches Arsene Wenger’s side should have enough in the tank to take all three points at the Emirates.