Newly-crowned Premier League champions return back home to Stamford Bridge for their final two top-flight games of the season. The penultimate match of the long and winding campaign for the teams sees Watford take the cross-London trip to face the Blues on Monday.

Antonio Conte’s men come into this match on the back of a hard-fought 1-0 win at West Bromwich Albion last Friday. The result gave Chelsea an unassailable lead over second-placed Tottenham Hotspur, thereby helping them secure their 5th Premier League title.

Watford, too, played their previous league game on Friday, but were on the wrong side of a 1-0 result as Everton beat them in a closely contested affair. The Hornets have failed to win any of their last four games – a sequence of results that has left them 16th on the table, albeit safe from relegation with Hull City the last of the teams to face the drop.

The reverse fixture, at Vicarage Road, ended in a hard-fought 2-1 win for Chelsea as Diego Costa scored the late winner to hand his side the vital three points. Ahead of the final London derby of the league campaign for both sides, The Hard Tackle takes a closer look at Monday’s match.

Antonio Conte has no major injury concerns whatsoever on his hands and has a fully fit squad ahead of the visit of Watford on Monday. However, having played their last game only three days ago, a few changes could be in the offing, particularly to provide rest to some key players ahead of the FA Cup final next week.

N’Golo Kante was only fit enough to make the bench on Friday, and he could be one of the changes that the Chelsea boss makes on the night. Meanwhile, Chelsea captain John Terry is likely to be given two final hurrahs at Stamford Bridge, and he could start at the heart of the Blues’ defence.

Michy Batshuayi scored the all-important goal on Friday, and the Belgian could be rewarded with a start against Walter Mazzarri’s men, with Diego Costa given a rest. Batshuayi’s compatriot, Eden Hazard is likely to be rested as well, with Willian expected to start in his stead. 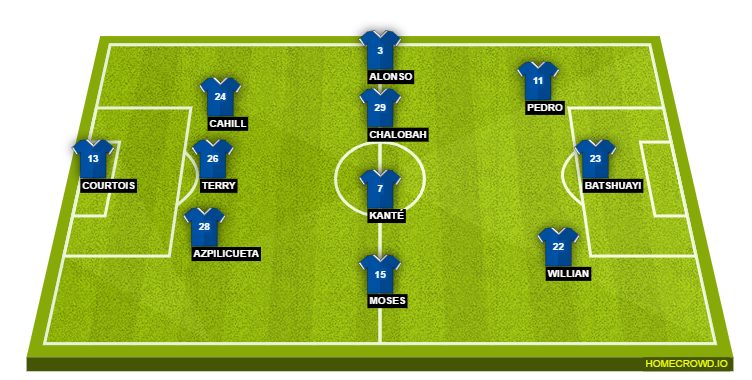 Unlike his counterpart in the Chelsea camp, Walter Mazzarri has a major injury crisis on his hands ahead of the trip to Stamford Bridge. With as many as seven first-team players sidelined with problems – short-term and otherwise – the Watford manager’s problems are compounding with each passing week.

Defence is the worst hit area, after Christian Kabasele became the latest player on the treatment table when he sustained a hamstring injury in the match against Everton. With fellow defenders Miguel Britos (calf), Craig Cathcart (knee) and Younes Kaboul (hamstring) already sidelined, Mazzarri has quite a sizable task at hand.

Meanwhile, Roberto Pereyra (knee), Ben Watson (groin) and Mauro Zarate (ACL) will play no further part this season as they continue their recovery from their respective long-term fitness issues. However, Tom Cleverley is set to return in midfield after missing the match against parent club Everton last week. 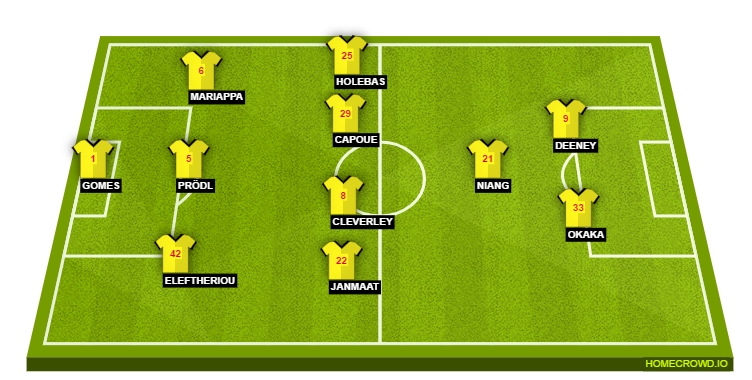 To say that Batshuayi’s Chelsea career so far has been a struggle would be a massive understatement of the torrid time that the Belgian has endured this season. With Diego Costa going strong for large parts of the campaign, chances in the first team have come few and far between for the 23-year-old.

However, having scored the crucial title winner in the match against West Brom last Friday, and with the FA Cup final less than two weeks away, Batshuayi could be handed a rare Premier League start on Monday when Watford come visiting.

With speculation being rife that the Belgian could be on his way out of Chelsea only a season after being signed, the game is as crucial as they come for Batshuayi to secure his future at Stamford Bridge, should he get the opportunity to start the match on Monday.

Chelsea are set to play at a raucous Stamford Bridge on Monday night, when they host Watford. Having already secured the Premier League title, the motivation – ahead of the FA Cup final next week – will be to set the record of most wins in a 38-game top flight season.

Therefore, despite Antonio Conte likely to ring in a few changes, the Blues are unlikely to take their foot off the gas against Walter Mazzarri’s men. Watford, on the other hand, are likely to struggle, having only managed one goal in nearly ten hours of Premier League action.

The injury crisis only deepens the problems on Mazzarri’s hands, and it is likely to be a big struggle for the visitors on Monday night. Expect the newly-crowned champions to cruise to an easy win, with a few fringe players doing their best to impress Conte.