The Gunners received much needed confidence boost after they beat Manchester United 2-0 over the weekend, a result which also marked the first time that Arsene Wenger has ever defeated Jose Mourinho in the English Premier League.

The Gunners have now won 4 out of their last 5 matches across all competitions, with the only blemish in that record coming during their disappointing 2-0 defeat to Tottenham at White Hart Lane just over a week ago.

Arsenal still very much have a chance of finishing inside the top four as Liverpool are only 7 points ahead of the Gunners having played two games more, so Arsene Wenger’s side now need to ensure that they win every remaining game of the season.

Southampton have been in poor form over the last five games, having drawn 2, lost 2 and won just 1 game – a slim 1-0 victory over Tony Pulis’ stuttering West Brom side. Arsenal will be favourites heading into this match but will have to be wary of a Southampton side that is still tricky regardless of their poor form.

The Saints will be without long-term absentees Virgil van Dijk and Charlie Austin but other than that, Claude Puel is expected to name a largely unchanged side from the one that drew with Liverpool as he does not have any fresh injury concerns or suspensions to contend with.

Southampton have given Arsenal a lot of trouble this season, with the Gunners first needing a 94th minute Santi Cazorla penalty to see off the Saints at the Emirates earlier this season and when the sides next met at the end of November, Claude Puel’s side dumped Arsenal out of the EFL Cup.

The Saints have been in questionable form of late but their defence did hold up well against Liverpool over the weekend and if they can turn in a similar performance, they could yet deal a huge blow to Arsenal’s UEFA Champions League hopes. 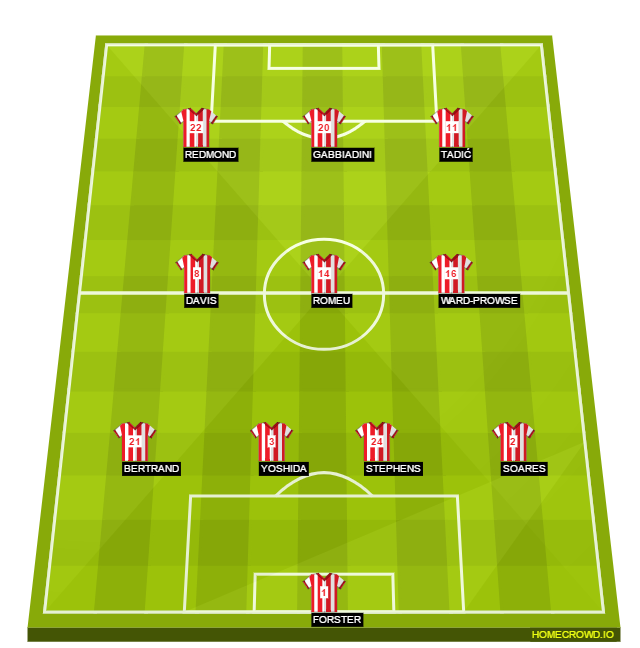 Arsenal are sweating on the fitness of Granit Xhaka who could miss out after suffering a recurrence of the injury that was expected to keep him out of the match against Manchester United, with the Swiss international set to face a late test to see if he can feature against the Saints.

Shkodran Mustafi could also return to the squad after a lengthy layoff, while Lucas Perez remains a doubt. Danny Welbeck could drop to the bench should Arsene Wenger decide to rotate with Olivier Giroud in line for a start should Wenger choose to drop the Englishman.

Arsenal are expected to retain the 3-4-3 formation that has been working for them over the last few weeks but will need to be much sharper in attack if they want to break through Claude Puel’s well-drilled side.

Despite looking more solid, the Gunners have not been at their best in an attacking sense and Arsene Wenger will be hoping that the victory over Manchester United will provide the Gunners with some belief ahead of an important, tricky fixture. 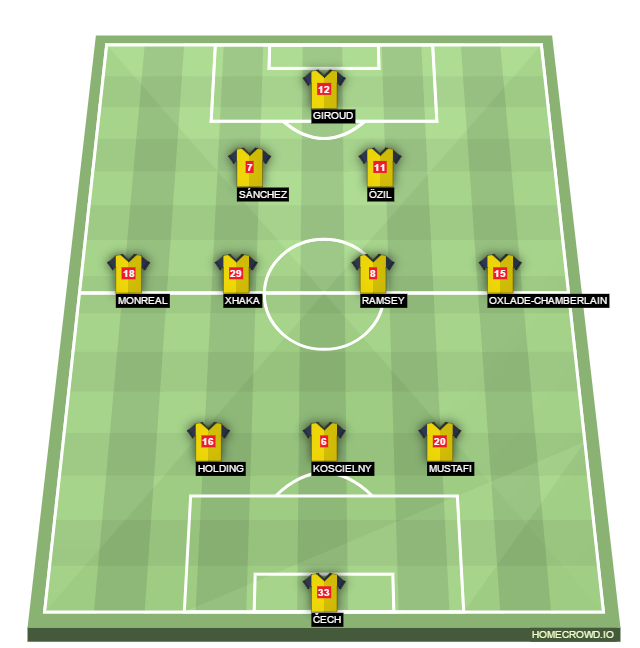 Despite Arsene Wenger’s side still not being at their best they have looked a lot more solid in recent weeks and have managed to score goals when in desperate need of them – despite an element of luck to some of them.

This will be a tightly fought contest given how well-drilled Claude Puel’s side are and the fact that Arsenal’s attack is still not as fluent as Arsene Wenger would like but given what is at stake, Arsenal should be able to pull off a victory at St. Mary’s on Wednesday night.