This season will represent the first season under Arsene Wenger in which Arsenal will finish below Tottenham but despite that, Arsenal still have a chance to all but end Tottenham’s title hopes on Sunday evening.

Spurs head into the match with a massive 14 point lead over the Gunners and are only 4 points behind Chelsea, with both teams only having 5 more fixtures to go. They have also won 5 out of their last 6 matches across all competitions – with the only loss coming in their 4-2 defeat to Chelsea in the FA Cup.

The Gunners have slowly turned their form around over the last few fixtures, in no small part due to their decision to switch to a 3-4-3 system which has somewhat solidified their defense and has led to a run of 3 victories – including a 2-1 victory over Manchester City which saw them progress to the FA Cup final.

Tottenham could also deal Arsenal a massive blow on Sunday evening, as a loss for the Gunners would almost certainly signal the end of their chances to finish inside the Top 4, once again for the first time under Arsene Wenger.

North London Derbies are never a dull affair and with so much riding on the match for both teams, this is sure to be yet another pulsating encounter filled with drama. This also represents a landmark North London Derby as it will be the last one to be played at White Hart Lane, with Tottenham confirming their move to Wembley from the 2017-18 season.

Tottenham could be without Mousa Dembele, who faces a late test to see if he is fit enough to play at the North London Derby on Sunday. Dembele is currently struggling with an ankle injury and was subbed off just after half time during Tottenham’s 1-0 victory over Crystal Palace.

Danny Rose has returned to training after missing three months with a knee injury but given his lengthy absence, it is unlikely that Mauricio Pochettino will risk throwing him into a frenetic game like this as he will still be woefully short of match sharpness.

Erik Lamela (hip) and Harry Winks (knee) will not play again this season while Michel Vorm has recovered from his knee issue and is available once more. Other than that, Pochettino does not have any injury concerns or suspensions to deal with.

Tottenham will enter this game full of confidence and are the overwhelming favourites to win this match. Spurs will not change their approach for this game and will play their exciting brand of attacking football, hoping to force an Arsenal side that is still fragile into mistakes. 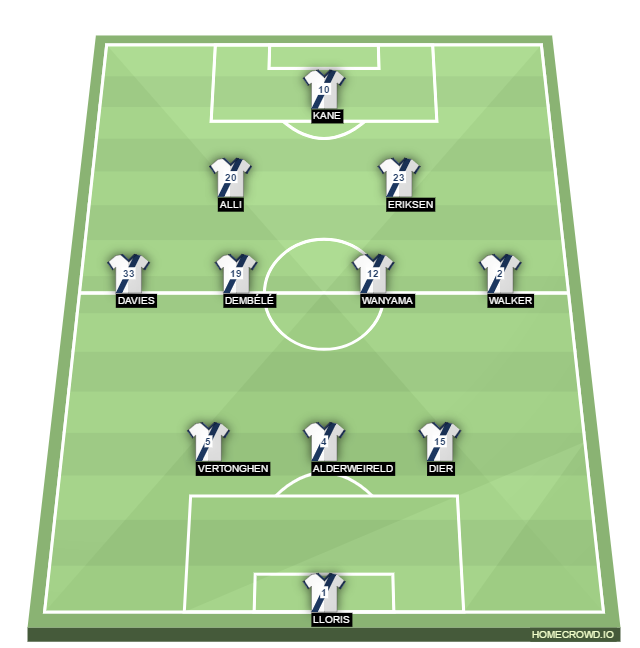 Arsene Wenger’s main concern ahead of Sunday’s clash with Tottenham is that of the fitness of centre back Laurent Koscielny, who landed awkwardly against Leicester City and suffered an injured knee as a result.

Koscielny managed to play on during that match but Arsene Wenger confirmed that despite the injury, there was a chance the Frenchman could play. Given his importance to the Arsenal defence in general as well as the 3-4-3 system they have started employing, it seems likely that Wenger will do all he can to rush Koscielny back for a fixture of this magnitude.

Shkodran Mustafi is also unavailable for the next few weeks with a thigh injury, while David Ospina (back) and Lucas Perez (thigh) are also ruled out. Santi Cazorla (ankle) is also out for the rest of the season.

Arsenal will be wary of Tottenham’s brilliant attacking play and Arsene Wenger will know that the Gunners will have to be solid at the back. It is likely that they will adopt a more conservative approach to this game and hit Spurs on the counter, meaning Danny Welbeck will likely get the nod over Olivier Giroud up front. 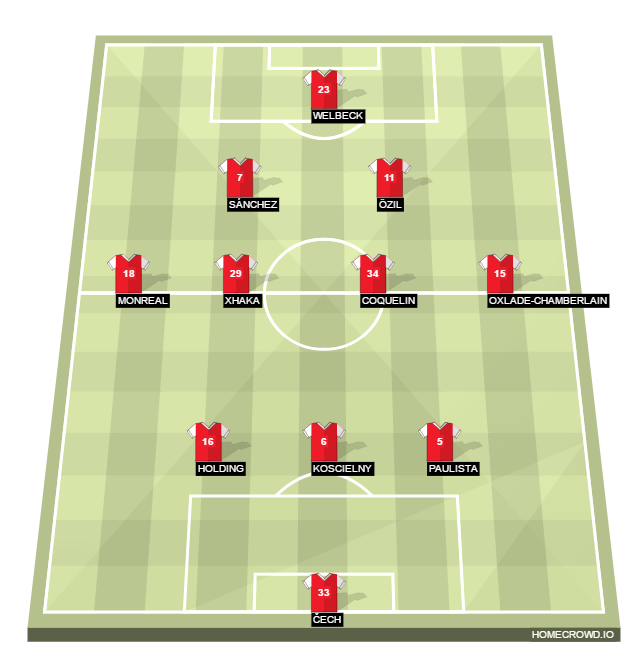 Tottenham are simply much better than Arsenal at the moment and their brilliant form over the last few months is in stark contrast to Arsenal’s putrid form in the same period. Tottenham are also extremely strong at home and given that this is the last North London Derby at White Hart Lane, Spurs fans are sure to be raucous on Sunday evening.

Arsenal have admittedly improved defensively in the last few fixtures but they have to contend with a Spurs attack that is simply unstoppable when on song. All in all, Spurs should get the three points they need on Sunday evening while simultaneously dealing what could be a death blow to Arsenal’s top four hopes.