The Gunners have won two games in a row, the second of which came in an extra time victory over Manchester City in the FA Cup, a result in which Alexis Sanchez rescued the Gunners again and aided their progress to the FA Cup final.

Leicester City’s form over the last five matches has been poor, with the foxes winning one, losing two and drawing to matches in that run – with a loss and a draw coming against Atletico Madrid, results which saw them exit the UEFA Champions League.

Arsenal are currently mired in a battle for fourth place, with this season representing one that could finally see Arsene Wenger’s side fail to qualify for Europe’s elite competition, especially given their form in recent weeks.

However, the Gunners’ change in formation looks to have turned things around and Wenger will be hoping that his side can put in a good performance against Leicester City, who will no doubt be slightly low on energy and motivation following their disappointing exit from the Champions League.

Arsene Wenger is expected to continue with his experiment of playing three defenders at the back, especially given the success it has brought over the last two matches – particularly against Manchester City in the FA Cup.

Gabriel, Laurent Koscielny and Rob Holding were all very impressive – the latter in particular – and will retain their spot in the starting lineup bar a late injury. Alex Oxlade-Chamberlain has also been making the right wing-back position his own, and will likely start once more with Nacho Monreal starting on the opposite flank.

However, Hector Bellerin is fully fit and should Arsene Wenger choose to give Chamberlain a rest, the Spaniard could start. David Ospina, Shkodran Mustafi, Lucas Perez and Jeff Reine-Adelaide are all currently sidelined with injuries and will not be available for the match.

Olivier Giroud started up front against Manchester City in the FA Cup but given that Leicester will choose to sit deep and defend, Wenger may opt to play Danny Welbeck or Alexis Sanchez in his stead. 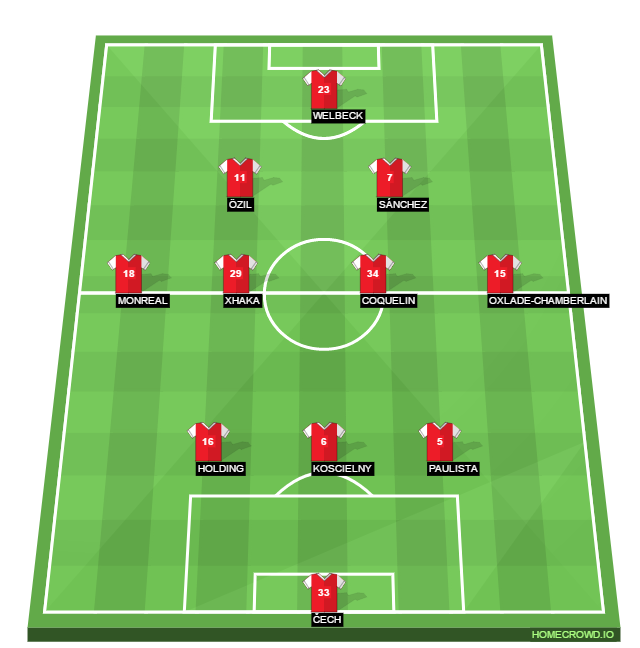 Leicester were resurgent in recent weeks coming off the back of their success in the Champions League but as we pointed out, their form has dipped somewhat and it is no surprise given the tightly-packed schedule the Foxes had to contend with during the quarter final phase of the competition.

Given their exit, Craig Shakespeare no longer has to rotate his squad and can afford to play the strongest team available to him against the Gunners. Islam Slimani will miss out with a groin strain, while captain Wes Morgan – who limped off against Atletico in the second leg – also faces a late test for this fixture.

Nampalys Mendy will also miss the rest of the season after undergoing surgery but other than that, Shakespeare does not have any fresh injury concerns or suspensions to deal with on Wednesday night.

The basis of Leicester’s success has been their tactic of sitting deep and devastating teams on the counter – particularly through the speed of Jamie Vardy and the guile of Riyad Mahrez. The Foxes will look to do the same against Arsenal but will have to contend with a new system which has been designed to make the Gunners more solid at the back. 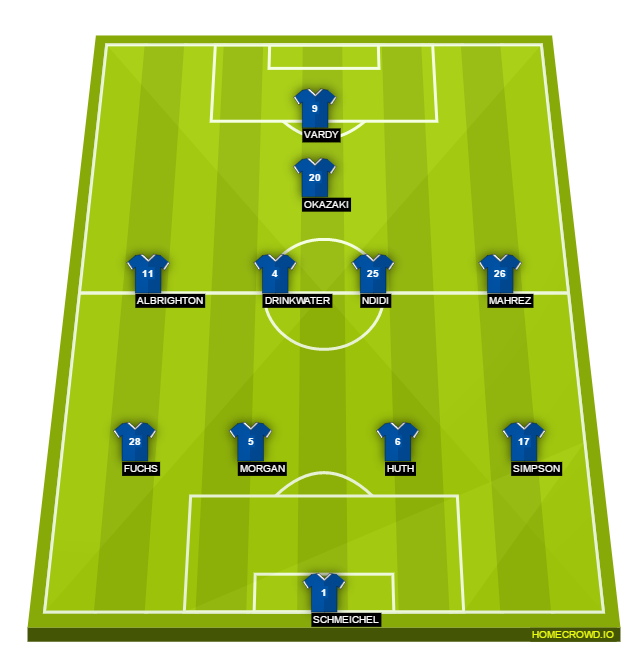 While Leicester have been resurgent in recent months, their form away from home is still simply too much of a problem to ignore. Add to that the fact that they will no doubt be suffering mentally from their European exit and it is difficult not to see an Arsenal victory here, particularly given their form at home.

Arsenal have also looked more solid with three at the back but the goal they conceded against Manchester City was evidence that there are still massive issues in their defence so Leicester will likely be able to grab a goal but Arsenal should be able to scrape through this one and pick up a hugely important 3 points.